The Crown Prince at Arlington Cemetery

On the final day of Norway’s official visit to the US, His Royal Highness The Crown Prince laid a wreath at the Tomb of the Unknown Soldier at Arlington National Cemetery.

The wreath-laying ceremony was led by the 3rd US Infantry Regiment, known as the Old Guard, which has stood watch over the cemetery 24 hours a day since 1948. 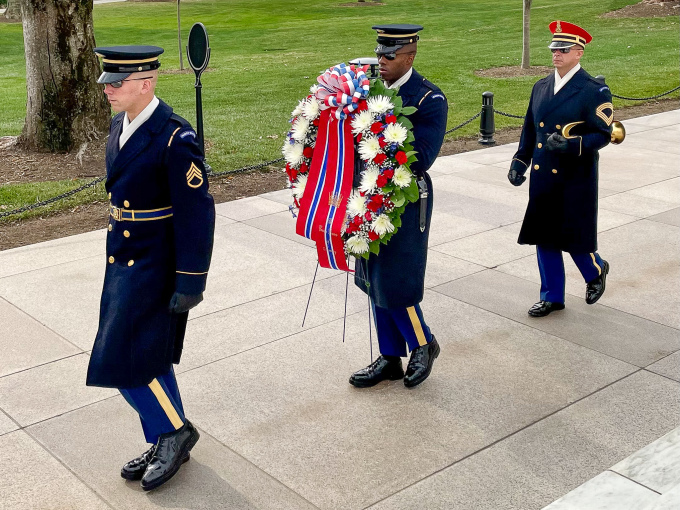 Wreath Laying Ceremony at the Tomb of the Unknown Soldier at Arlington National Cemetery. Photo: Guri Varpe, The Royal Court

The national cemetery was established during the American Civil War, and this year marks the 100th anniversary of the Tomb of the Unknown Soldier. The first service member to be buried there was a fallen soldier from World War I who was laid to rest on 11 November 1921. 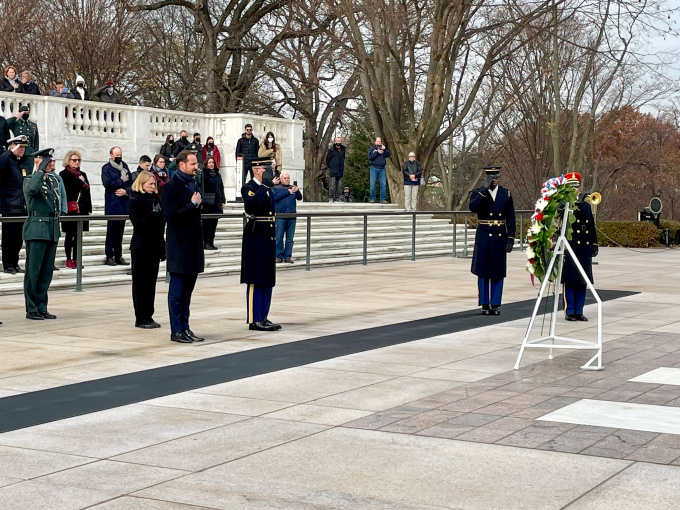 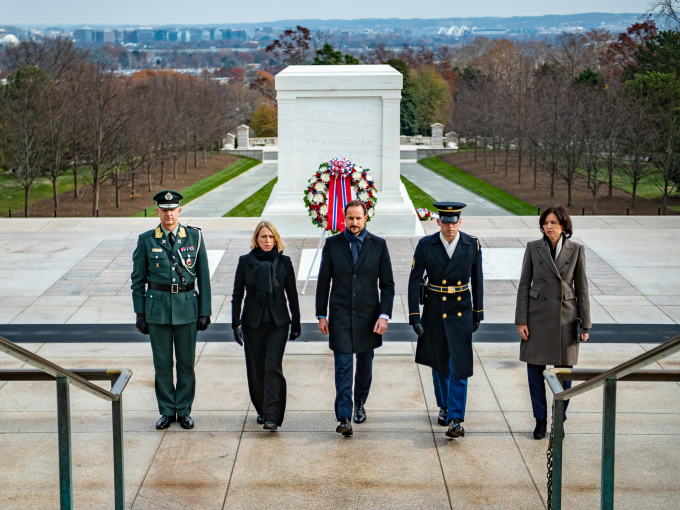 US and Norwegian cooperation for sustainability

Earlier in the day, Crown Prince Haakon attended a trade policy seminar at the Norwegian Embassy in Washington, D.C., where the discussions focused on the ongoing green transition, and ways in which the Norwegian and US business sectors can work together to achieve a sustainable, emission-free global society.

Norway has companies and technologies with much to offer in this regard, particularly in the sphere of energy. A number of solutions for offshore wind power, green shipping and electrification were presented during the seminar.

“The US and Norway have both set ambitious climate goals, and we are on our way towards a greener future,” said the Crown Prince in his opening remarks.

“It will not be possible to achieve our joint climate goals without innovation, investment and new technologies.”

• More than 400 000 fallen soldiers are buried at Arlington National Cemetery.

• A number of prominent public figures are also interred there, including 35th US President John F. Kennedy, his widow Jacqueline Kennedy and Senator Robert Kennedy.

• The cemetery is located in Arlington, Virginia, next to Washington, D.C., and was established during the American Civil War.