An eventful day in Stockholm

Business issues, the health of the oceans, young people, entrepreneurship and digital culture. The Crown Prince and Crown Princess covered a wide range of topics in the programme for their second day in Sweden, but the theme of the day was Norwegian-Swedish cooperation.

His Royal Highness The Crown Prince began the day at the opening of a business seminar. Their Royal Highnesses Crown Princess Victoria and Prince Daniel also attended the seminar, which focused on digitalisation and the use of artificial intelligence in developing green technologies and circular solutions. Cooperation and knowledge sharing in fields such as offshore wind and battery technology were highlighted as relevant examples. 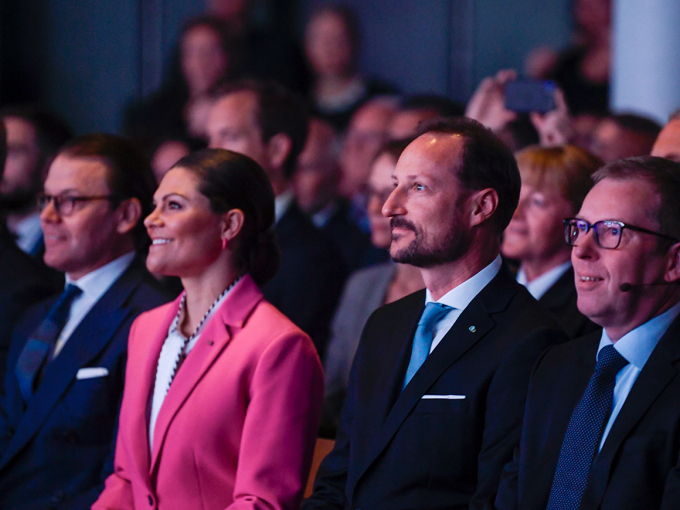 How can Norway and Sweden work together to promote a sustainable future for the world’s oceans? That was the main focus of a seminar on ocean-related issues this morning at the Royal Swedish Academy of Sciences. Crown Princess Victoria and Crown Prince Haakon both have a special interest in the health of marine areas, and both of them took the podium at the Academy of Sciences.

Why should the oceans engage our attention?

"The ocean connects us – to each other, to nature and to ourselves.... For thousands of years, the sea has provided us with food, employment, and access to goods," Crown Prince Haakon said.

"And the ocean is full of potential. The sea can help us solve some of our major challenges. The ocean offers a foundation for business and livelihoods. It can provide food and food security for the world’s growing population. The ocean is a source of renewable energy. As much as 21 per cent of the solutions we need to cut greenhouse gas emissions can be achieved in the ocean," he said.

"But all of this – or most of it – is dependent on an ocean in balance." The Crown Prince urgently called for knowledge-based initiatives to promote ocean health. 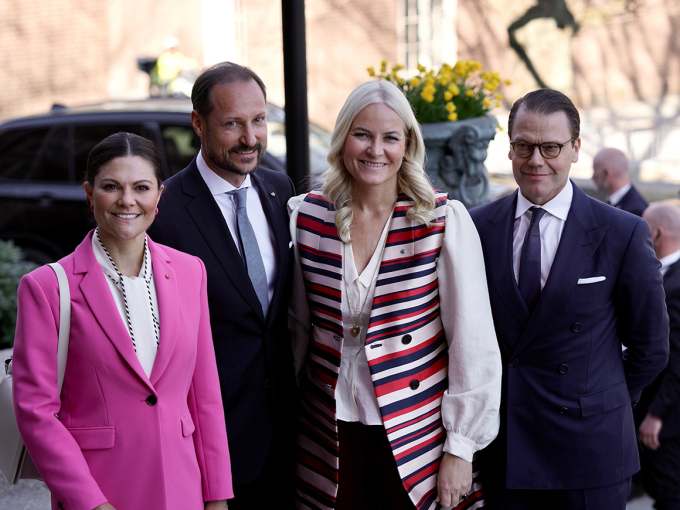 The Fryshuset Foundation works with young people at risk of marginalisation. The foundation took its name from the former cold storage locker that served as its first premises, and that is where the Royal visitors met young people and adults for a tour and a presentation of the group’s activities.

Fryshuset takes young people seriously and gives them an opportunity to develop, to learn and to experience a sense of accomplishment and community. It increases their chances of doing well later in life and encourages inclusion. There is something for everyone here, whether it is sports, music, dance, skating or another activity. The visitors also learned about "Together for Sweden", a project to promote inclusion across religious divides. 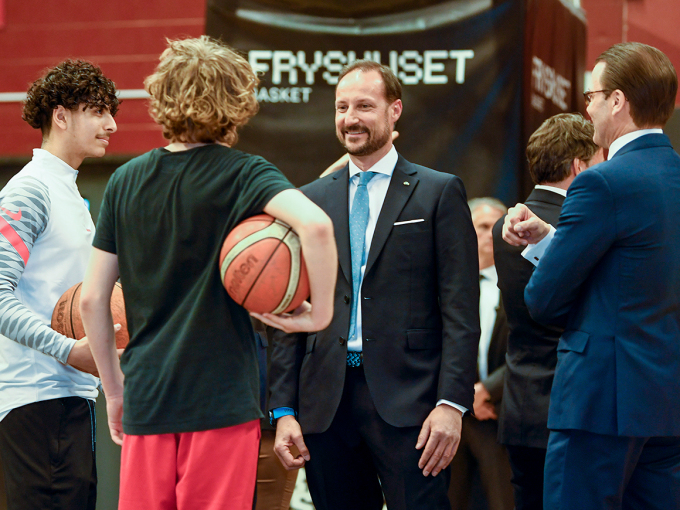 Social disaffection among young people is a concern shared by numerous organisations, and there is much to be gained from collaboration on preventive measures. The collaborative effort between Fryshuset in Stockholm and Forandringshuset in Oslo is a good example of constructive knowledge exchange across national borders.

After lunching with the young people at Fryshuset, the two couples travelled to Norrsken Stockholm – Europe’s largest office-sharing community for entrepreneurs and start-ups in technology and social entrepreneurship. 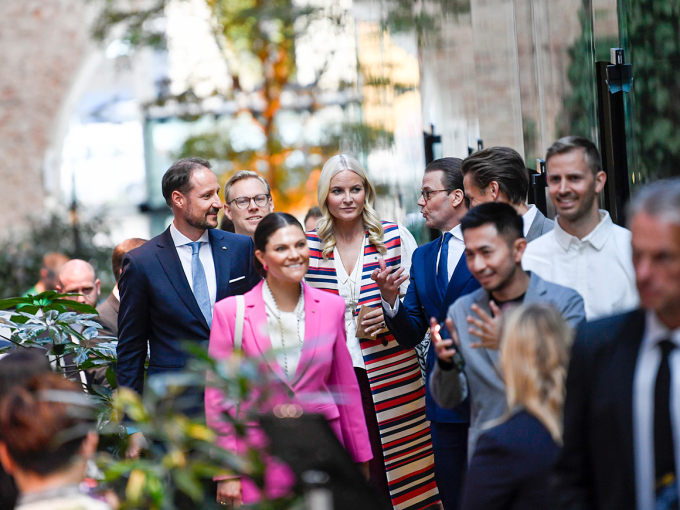 The Crown Prince concluded today’s programme at the Space cultural centre – a physical meeting place for the digital generation. At Space, key elements of digital culture are combined under one roof, from gaming and music to content production and digital know-how.

Part of the centre’s mission is to educate coders through its Space Academy. The facilities and gaming equipment are of high-quality, and Space sees a link between gaming and coding. The demand for coders is high, and the training provided at Space helps to fill a key need in Swedish business and industry. The Royal guests met young coders as well as company representatives who explained their need for precisely this sort of expertise.

In another part of Space, the most recent winners of the “Top 20 under 30” awards were gathered. These Nordic music industry awards were given for the fourth time during the by:Larm festival and conference in September 2021, and the industry group behind the awards organised this year’s meeting in Stockholm. All the winners are under 30 years of age and have excelled in their chosen pursuits, often involving digital projects, strategies and campaigns. The awards emphasise the importance of Nordic collaboration and of the vital role these talented professionals will play in the music industry’s future.

When Crown Prince Haakon, Crown Princess Victoria and Prince Daniel joined the gathering, the artists Musti and Jelassi were ready on stage for a conversation about the benefits of collaboration. Another discussion, concerning the music industry of the future, followed.

Tomorrow, the Crown Prince will travel to Gothenburg for the final day of the visit to Sweden.