New photographs have been taken of Her Royal Highness Princess Ingrid Alexandra in honour of the celebration of her 18th birthday.

The photographs were taken in the Upper Vestibule at the Royal Palace.

The Princess is wearing a diamond and pearl tiara that has been passed down from Princess Ingeborg of Sweden, who was the grandmother of His Majesty The King and the great-great-grandmother of Princess Ingrid Alexandra.

This evening she is wearing her great-great-grandmother’s tiara at the gala dinner being held at the Royal Palace.

More about the history of the tiara 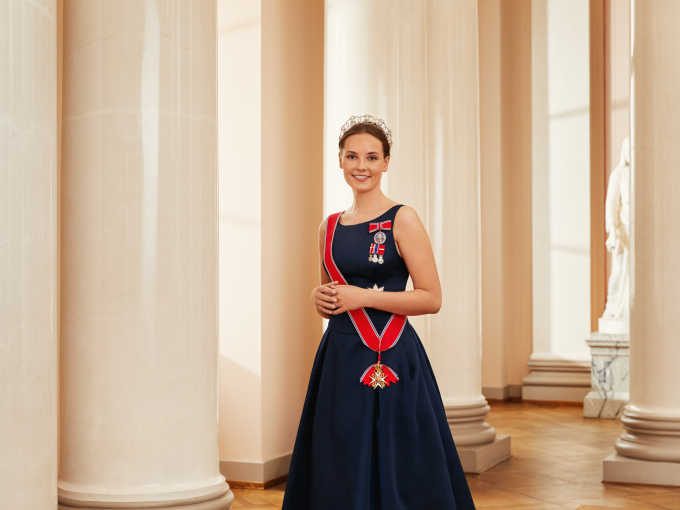 These photographs are strictly for editorial use, and may be downloaded in high resolution from the photo album for the press. Further sale is not permitted.

For the press: Photo Album for the Press