Message of condolence from His Majesty The King:

“It is with deep sadness that we have received the news that Johan Martin Ferner has passed away. Our thoughts go to Princess Astrid and her family, who have lost a wonderful husband, father, father-in-law and grandfather.”

Johan Martin Ferner was born on 22 July 1927. He pursued an education in business in Norway, England and France, and studied at the London Polytechnic Institute, Bradford Technical College and the University of Lyon. Together with his brother he ran and developed the department store Ferner Jacobsen, which was a family business.

Mr Ferner was an accomplished sailor, and was part of the crew that won the silver medal in the 6 metre class at the 1952 Summer Olympics in Helsinki.

Her Highness Princess Astrid and Johan Martin Ferner were married in Asker Church on 12 January 1961. The couple had five children together. 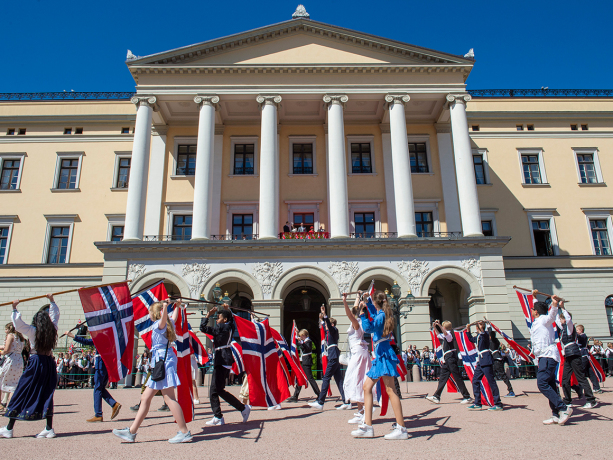 Congratulations from His Majesty King Harald to His Excellency Mr Yoon Suk-yeol, President of the Republic of Korea.