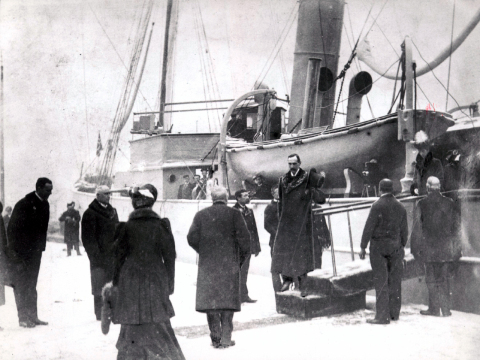 The Norwegian monarchy dates back more than one thousand years. Harald Fairhair, regarded as the first Norwegian king, united the petty kingships of Norway into a single realm in about 885. From the time of Harald Fairhair until the present day, Norway has had more than 60 named sovereigns. The current King belongs to the House of Glücksburg, which has ruled Norway since 1905.

Although Norwegian history goes back many centuries, modern Norway as an independent nation is relatively young. In 1380 Norway and Denmark were merged under a single monarch, but Norway was given a subordinate role in the union and came increasingly under Danish control. The union with Denmark was dissolved in 1814 in the aftermath of the Napoleonic Wars. For a brief time, Norway once again became an independent nation, drawing up its own constitution. Just a few months later, however, Norway was compelled to enter into a union with Sweden – this time as an independent nation, but with a common king and joint foreign policy.

In 1905 the union of Norway and Sweden was dissolved, and Norway chose its own monarch: King Haakon VII.

Crown Prince Olav married Princess Märtha of Sweden in 1929. He succeeded his father as king of Norway in 1957.

The House of Bernadotte reigned in Norway from 1818 until 1905. King Carl III Johan, was the first of the Bernadottes to ascend to the Norwegian throne.

German troops invaded Norway on 9 April 1940. They were planning to capture the King and the Government in order to force the country to surrender.

Dissolution of the union 1905

On 7 June 1905 the Storting passed a resolution unilaterally dissolving the union with Sweden. Prince Carl of Denmark was offered the throne

The unification of Norway

In the early Middle Ages Norway was comprised of many petty kingships. Harald Fairhair united Norway into a single kingdom around 885.

This Family tree shows the Kings of Norway (marked with a crown) going back to King Carl Johan, King of Norway and Sweden from 1818.

The original Norwegian regalia have been lost. Consequently, when Carl Johan was preparing for his coronation in 1818 he paid for the making of the essential items himself.