The Princess lit the Olympic flame

The Second Youth Winter Olympic Games opened this evening in Lillehammer. Her Royal Highness Princess Ingrid Alexandra had the honour of lighting the Olympic flame.

His Majesty The King officially opened the Youth Olympic Games this evening. The King and Queen, as well as Their Royal Highnesses The Crown Prince and Crown Princess and their children, were in attendance at the Lysgårdsbakkene ski jumping hill together with 13 000 spectators. During the next 10 days, 1 100 young athletes between the ages of 15 and 18 years will compete in 70 different events across 15 Winter Olympic disciplines. This is the fourth time that the Youth Olympic Games have taken place, and it is the second time that Winter Olympics for youth are being held. The first Winter Games for youth were held in Innsbruck, Austria, and had over 1 000 participants.

The Olympic torch has travelled throughout Norway up to the opening ceremony this evening. The cauldron was lit with the same torch used 22 years ago, when Crown Prince Haakon lit the flame as a young man.

“I hereby declare open the Second Winter Olympic Youth Games of Lillehammer.” The declaration by King Harald was followed by fireworks before the Olympic flag was borne into the stadium. Medalists from the 1994 Lillehammer Olympic Games carried the flag – and then handed it to six young athletes representing various sports.

Following a cultural performance highlighting the joy, inspiration and mastery of sport, it was time to light the Olympic flame.

World ski champion and gold medallist Marit Bjørgen carried the torch on the final leg of its journey. Princess Ingrid Alexandra took the torch up the steps to the large Olympic cauldron and lit the flame for the Youth Olympic Games for 2016.

Earlier today, the first event of the Winter Games began in the curling arena, where Crown Prince Haakon and his family watched the opening. The Crown Prince delivered the first curling stone for the event with assistance from Norwegian curlers Pål Trulsen and Thomas Ulsrud and Minister of Culture Linda Cathrine Hofstad Helleland.

The King received a medal of distinction

During a reception this afternoon, King Harald received a medal of distinction from President of the International Olympic Committee (IOC) Thomas Bach. The medal was designed by founder of the IOC, Pierre de Coubertin, and is presented to heads of state with especially strong ties to international sport. The award of the medal was discontinued following the death of de Coubertin in 1937, and was relaunched in 2014.

Condolences from His Majesty King Harald to the President of India, His Excellency Shri Ram Nath Kovind. 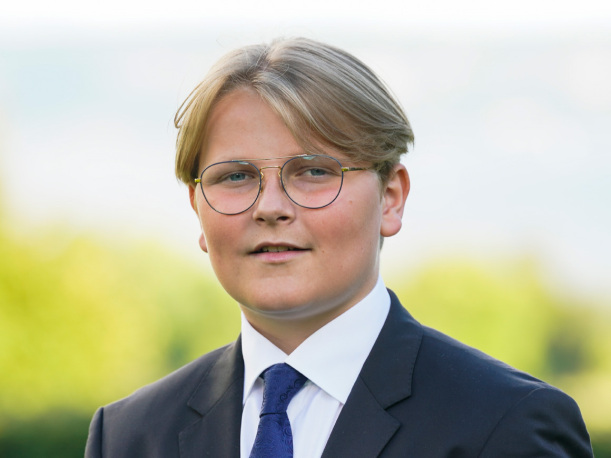