Celebration at the Royal Palace

This evening members of the European Royal Houses, family, friends and representatives of official institutions in Norway are at the Royal Palace to celebrate the 80th birthdays of Their Majesties King Harald and Queen Sonja.

“Inside every old person is a young person wondering what happened.”

King Harald opened his welcome speech at the gala dinner this evening with these words. The focus of his speech was gratitude – gratitude for good health, wonderful family and a meaningful life in service. The Queen expressed similar gratitude in her concluding speech as well.

Tonight, I hope we can be together in a spirit of gratitude for life.
Every day is a gift that we should never take for granted.
Every day is an opportunity to do good.
Every day we can be there for our loved ones.
And we can acknowledge those who need to be seen.

His Royal Highness Crown Prince Haakon and Her Highness Princess Märtha Louise gave a joint speech to their parents. The two shared some amusing memories of their happy childhood and expressed their deep gratitude to the birthday celebrants.

Her Majesty Queen Margrethe of Denmark also gave a speech to the King and Queen. In her speech concluding the gala dinner, Queen Sonja thanked Queen Margrethe, among others, for years of invaluable support and friendship.

Queen Sonja's speech at the conclusion of the gala dinner. Photo: NRK

The King’s gift to the Queen in honour of her 80th birthday is the renovation of the former stable on the Palace grounds to transform it into the Queen Sonja Art Stable, a gallery that will be opened to the public on Queen Sonja’s birthday on 4 July. The Queen used her speech to tell the King about her gift to him:

"My gift to you is also a house, it is a “stabbur”, a store house, for our chalet Prinsehytta. A store house was in the old days used as a place to keep and preserve food. So when I admire art in the stable, you can admire the victims of your hunting and fishing exhibitions in the store house! " 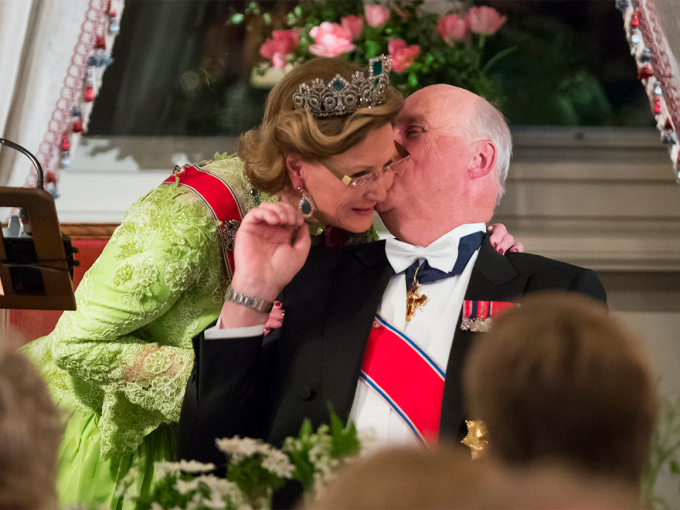 The speeches of the King, the Queen, and Crown Prince Haakon and Princess Märtha Louise are available in their entirety (text and video) via the links at right.

Birthday song on the Palace Square

The celebration began earlier in the day on the Palace Square. Several thousand people came to watch His Majesty The King’s Guard and the choral group Oslo Soul Children. Acrobats from Nysirkus Bjerke entertained the public from within the crowd. The highlight of the festivities, however, was when the King and Queen came out on the Palace Balcony together with their family and guests.

The Royal Family listened to a birthday speech and the birthday song from the Palace Balcony. Photo: Jon Olav Nesvold / NTB scanpix

Actor Bjarte Hjelmeland gave a moving speech to the King and Queen in honour of their birthdays, after which the entire crowd sang the Norwegian birthday song, “Hurra for deg som fyller ditt år!”. 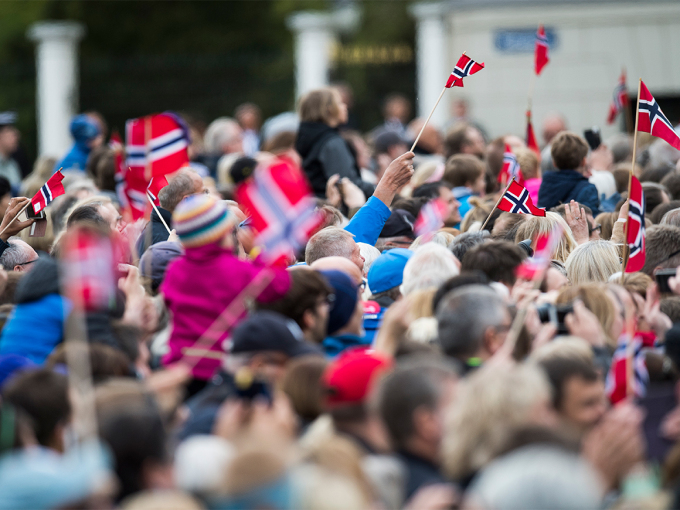 Many more photographs are available in the photo album "The King and Queen's 80th" via the link list.

Festivities will continue in Oslo city centre on 10 May, and the Royal Yacht Norge will take the King and Queen and their guests on a luncheon cruise in the Oslo fjord. 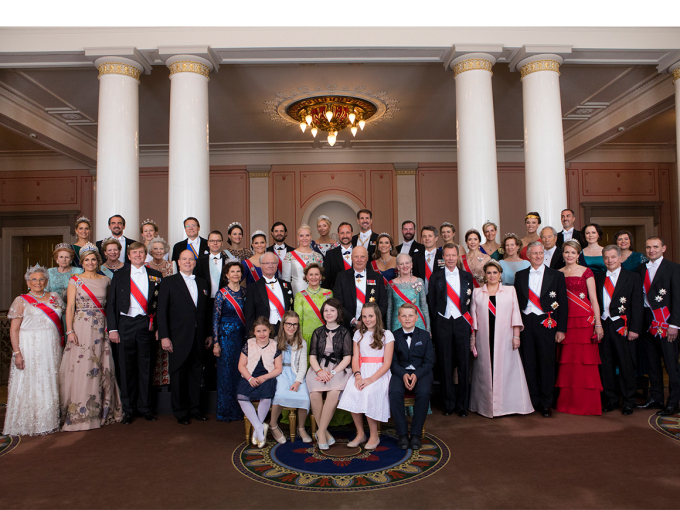 On Wednesday evening the Government is hosting a gala banquet at the Oslo Opera House in honour of the King and Queen. A crowd is expected to line the streets as the King and Queen and their guests travel down Karl Johans gate to Oslo Central Station and over to the Opera House.

His Majesty The King’s Guard will lead the procession. They will march from the Royal Palace to the Oslo Opera House at 6:15 pm. At 6:30 pm the royal guests from Norway and abroad will drive behind them in a motorcade.

Welcome given by His Majesty King Harald at the start of the gala dinner at the Royal Palace on the occasion of the 80th anniversary of the King and Queen of Norway. Photo: NRK
Links