His Majesty The King presented the Abel Prize to the French mathematician Yves Meyer (77) Tuesday. Professor Meyer was awarded the prize “for his pivotal role in the development of the mathematical theory of wavelets.”

Oslo’s main avenue, Karl Johans gate and the Aula of the University of Oslo were decorated to welcome the new Abel Laureate to the formal award ceremony.

The audience in the Aula learned more about this year’s Abel Laureate and his work through a film shown at the event and a speech by the laureate himself. In a talk peppered with witty remarks, Yves Meyer conveyed his devotion to research and teaching.

Applied in a wide variety of arenas

In its citation the Abel Committee calls Yves Meyer “the visionary leader in the modern development of [wavelet] theory, at the intersection of mathematics, information technology and computational science.”

According to the citation, “wavelet analysis has been applied in a wide variety of arenas as diverse as applied and computational harmonic analysis, data compression, noise reduction, medical imaging, archiving, digital cinema, deconvolution of the Hubble space telescope images, and the recent LIGO detection of gravitational waves created by the collision of two black holes.” 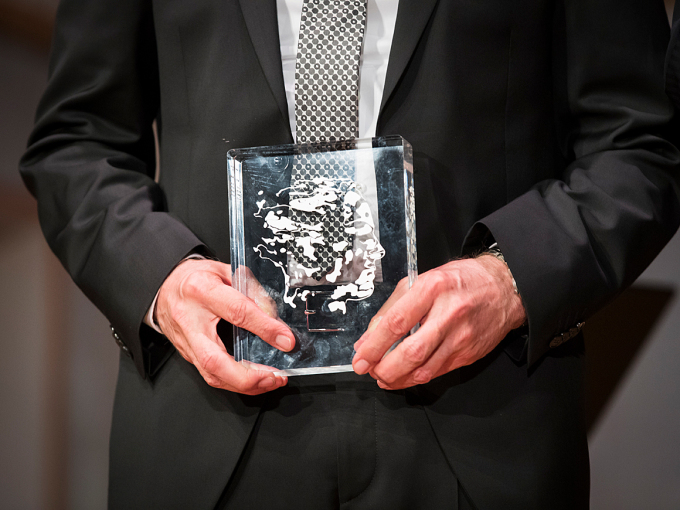 Dr Meyer has been a professor of mathematics at several French universities. His last position was at the École normale supérieure Cachan (recently renamed the ENS Paris-Saclay), where he worked until he formally retired in 2008.

Awarded for the 15th time

The Abel Prize recognises contributions of unusual depth and influence in the mathematical sciences.

The award comprises a cash prize of NOK 6 million and has been presented annually by the Norwegian Academy of Science and Letters since 2003.