Gymnastics meet in the name of the King

His Majesty the King enjoyed top-notch acrobatics and dance performances this afternoon when he attended the opening of the international gymnastics meet “King Harald’s World Gym for Life Challenge” in Brunstad, Vestfold county.

The meet, which is being held for the third time, is an unofficial world championship in performance gymnastics. This year Norway is the host nation.

Over 2 000 performers from 23 countries will be competing for a week at the venue to win the title as the world’s best.

The gift from the sports community 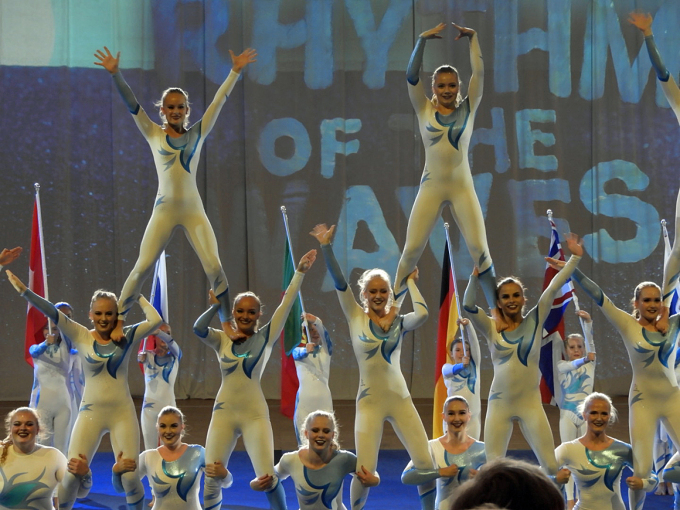 From the opening ceremony. Photo: Sven Gjeruldsen, The Royal Court

King Harald was greeted by the County Governor of Vestfold, Mr Per Arne Olsen, the Mayor of Sandefjord municipality, Mr Bjørn Ole Gleditsch, the president of the Norwegian Gymnastics Federation, Ms Kristi Gilbert, and the president of the organising committee for King Harald’s World Gym for Life Challenge 2017, Mr Stig Nilssen.

Five-year-old Tobias Børstad, from the gymnastics association in Asker, proudly presented a bouquet of flowers to the King upon his arrival at the meet in Brunstad, near Stokke.

After the spectacular opening ceremony, King Harald watched the first competitions of the meet.