Visit to the NATO Headquarters

His Majesty The King visited the NATO Headquarters in Norfolk (USA) on Thursday. Today he was a guest at the United States Special Operations Command in Tampa, Florida.

Shortly after the welcoming ceremony in Norfolk, King Harald met with the Norwegian contingent attached to the NATO Headquarters.

During his visit, His Majesty was given a tour of the facilities and several briefings on various aspects of the work conducted there. Thursday evening, King Harald attended a dinner hosted by General Denis Mercier. 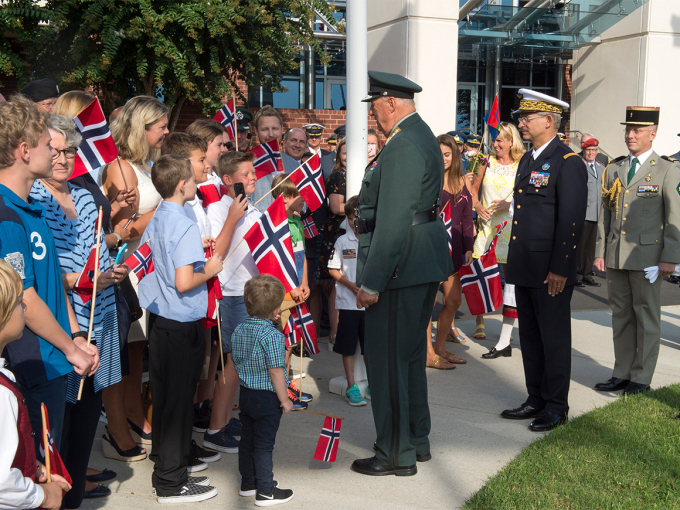 King Harald spoke with some of the children that greeted him on his arrival at the NATO Headquarters. Photo: NATO

This morning, local time, The King visited the United States Special Operations Command (USSOCOM), located in Tampa, Florida. King Harald was greeted by USSOCOM Commander General Raymond A. Thomas III and Deputy Commander Lieutenant General Charles Brown. They provided His Majesty with an extensive briefing on their task and activities.

The visit at USSOCOM concluded with a meeting between King Harald and the Norwegian contingent in Tampa.