Outside the desert city of Aqaba, Jordan, lies a new facility the size of four football pitches. This is part of the Sahara Forest Project, which produces 10 000 litres of fresh water per day and is expecting a vegetable crop of 130 000 kg.

His Majesty King Abdullah II of Jordan and His Royal Highness Crown Prince Haakon presided over the official opening of the facility today.

“It is impressive to see that they are managing to produce food, drinking water and energy in the desert. These are areas currently not used for anything. If they are able to scale up this project, it will help to fight climate change, create green jobs and solve important challenges for coming generations,” said the Crown Prince.

It all began in 2012 with a pilot facility in Qatar. The underlying concept is a simple one: Take something that is in plentiful supply – such as desert land and saltwater – and use it to produce something that is needed: clean energy, food and fresh water. 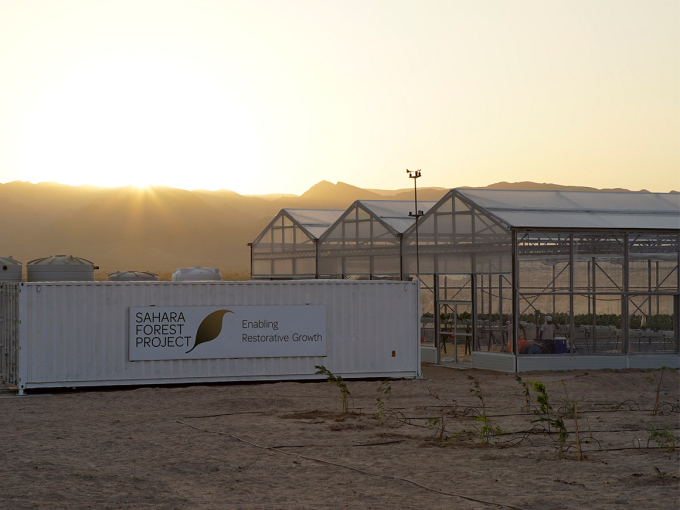 The large greenhouses and surrounding facility are powered by solar energy, and the transport of saltwater inland to the desert location makes it all feasible:

Food and feed are also cultivated outside the greenhouse using the same technologies for cooling and irrigation. The pilot operations in Qatar showed excellent results and good commercial potential, with sizable crop yields, an energy surplus and salt for market sales. 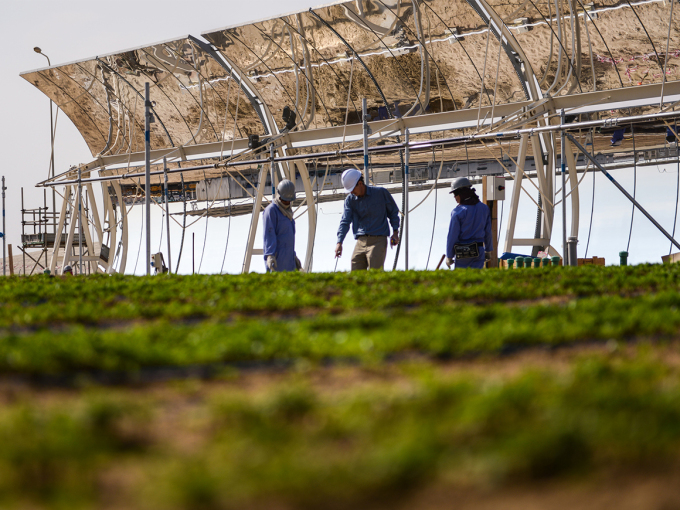 From the pilot project in Qatar. Photo: Sahara Forest Project

The ambition is to open similar facilities in other arid areas that currently lie fallow, to help to make the desert green again. The new facility in Jordan represents a new step in expanding the project.

The centre opened in Aqaba today is a full-scale commercial facility for the production of food, fresh water and clean energy. It features two saltwater-cooled greenhouses, revegetation of desert lands, and evaporation ponds for salt extraction. The Sahara Forest Project produces 10 000 litres of fresh water per day using solar energy, and its annual yield of vegetables is expected to reach 130 000 kg. 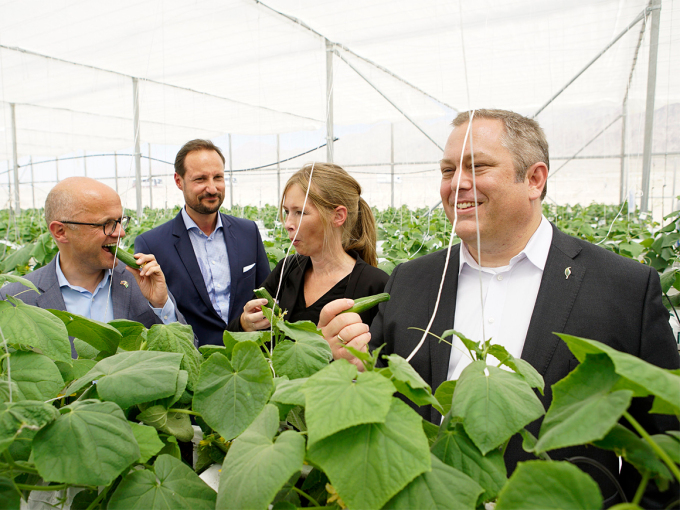 The facility will also serve as a research centre for further development of environmental technology and effective synergies. As the everyday operations begin, expansion plans are already in place.

King Abdullah and Crown Prince Haakon were given a tour of the facility after the opening ceremony, followed by a high-level meeting on green growth where speakers included both the Crown Prince and Norwegian Minister of Climate and Environment, Mr Vidar Helgesen. 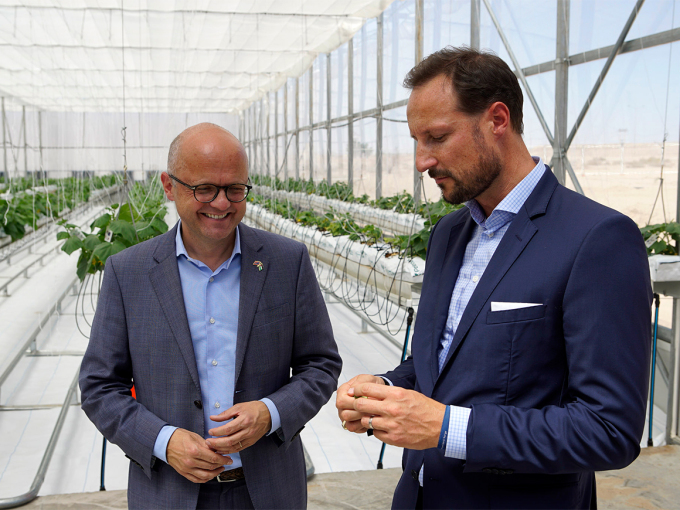 The Sahara Forest Project has its headquarters in Norway and the activities are supported by the Ministry of Foreign Affairs, the Ministry of Climate and Environment and the agricultural company Yara – in addition to a number of international actors.

King Abdullah and Crown Prince Haakon also had a chance to meet yesterday, when the King granted the Crown Prince an audience. They discussed several issues of interest to both countries, not least the project they would be visiting today.