Unveiled a bust of King Haakon

Her Highness Princess Astrid, Mrs Ferner unveiled a bust of King Haakon VII outside the Norwegian Church Abroad in London today. The unveiling marked the opening of the refurbished St Olav’s Square.

Prior to the unveiling, Princess Astrid attended a celebratory church service led by the minister of the church, Reverend Torbjørn Holt. Following the ceremonies, the guests were treated to a luncheon, and the event concluded with a talk on King Haakon’s years in London by author and historian Tor Bomann Larsen. The Norwegian Church Abroad served as the parish church for the Royal Family and the Norwegian government-in-exile during the occupation of Norway from 1940–1945. 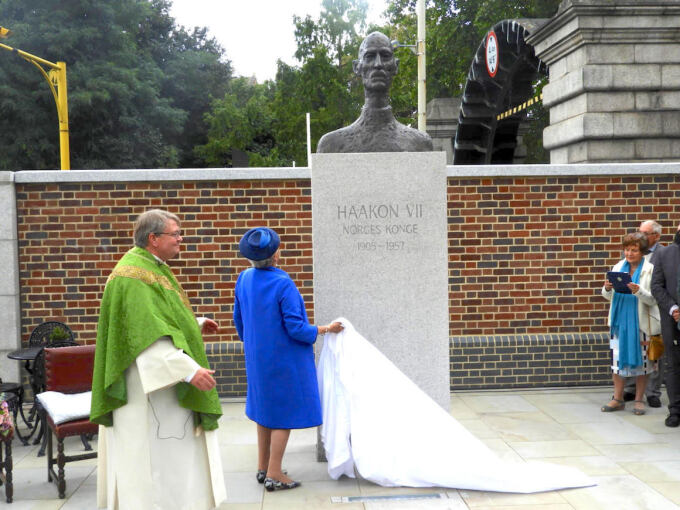 The Norwegian Church Abroad in London was officially opened by Crown Prince Olav in 1927. The church has been an important meeting place for Norwegians in London for 90 years.

The bust of King Haakon unveiled by Princess Astrid, Mrs Ferner is a variation of the large statue of King Haakon located outside of the Ministry of Foreign Affairs in Oslo. The statue was sculpted by Nils Aas, and the bust in London was fashioned in close cooperation with Mr Aas’s son, architect Atle Aas. The City of Oslo, which owns the statue, also gave its permission to create the bust.

“The idea behind erecting a bust of King Haakon in London was to highlight the King’s role here during the war and the close ties of the Royal Family of Norway to England,” said Reverend Torbjørn Holt. 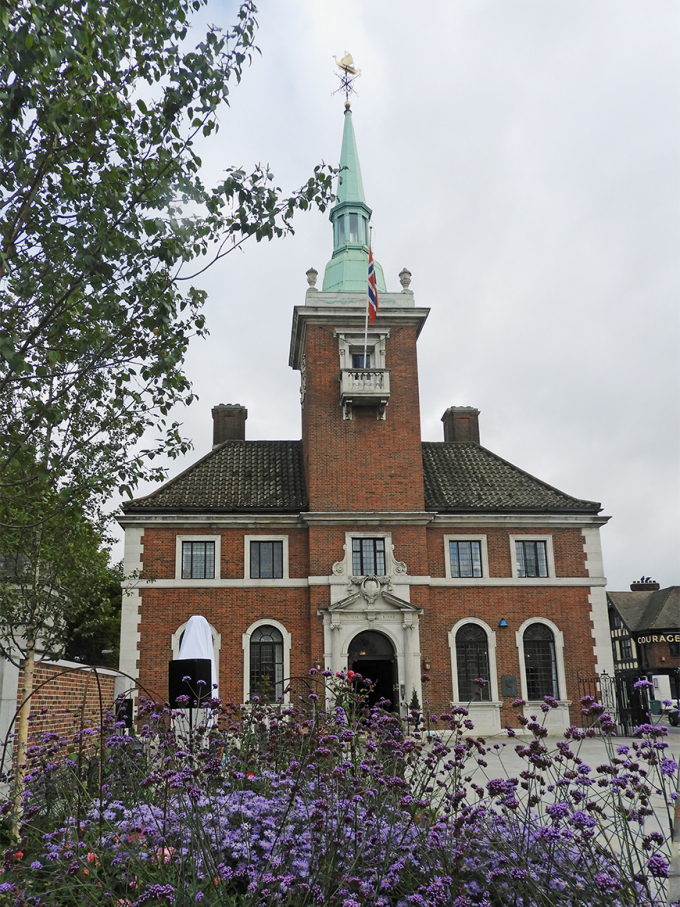 Formerly a public road with some shrubbery, St Olav’s Square in front of the Norwegian Church Abroad in London was transformed into a flagstone-paved square and park in the course of winter and spring 2017. The square and park are open to the public.