His Royal Highness The Crown Prince was in attendance at the funeral of King Bhumibol of Thailand today. King Bhumibol passed away on 13 October of last year.

Representatives of royal houses and heads of state from around the world attended the funeral in Bangkok.

Hundreds of thousands of mourners lined the route of the funeral procession. A gilded chariot from 1795 transported the King’s symbolic funerary urn to a specially built crematorium that has taken one year to construct. 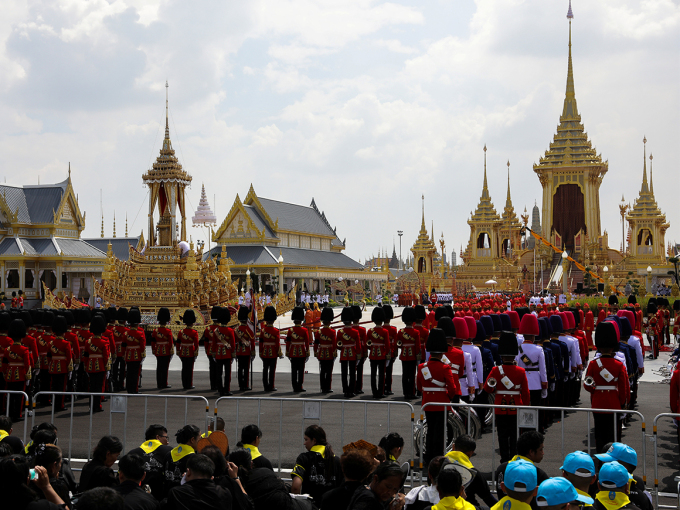 King Bhumibol became the King of Thailand on 9 June 1946 when he succeeded his brother, King Ananda Mahidol. At the time of his death, King Bhumibol was the world’s longest-reigning monarch.

King Bhumibol and his wife, Queen Sirikit, conducted a State Visit to Norway in 1960.