His Majesty The King laid a wreath at the National Monument in Buenos Aires this morning. The wreath-laying ceremony marked the start of the three-day State Visit of Their Majesties to Argentina.

It is traditional to start a state visit with the laying of a wreath by the visiting head of state at the National Monument at Plaza San Martín. The monument was erected in honour of General José de San Martín, who led the fight to liberate Argentina from Spanish colonial rule in 1816. 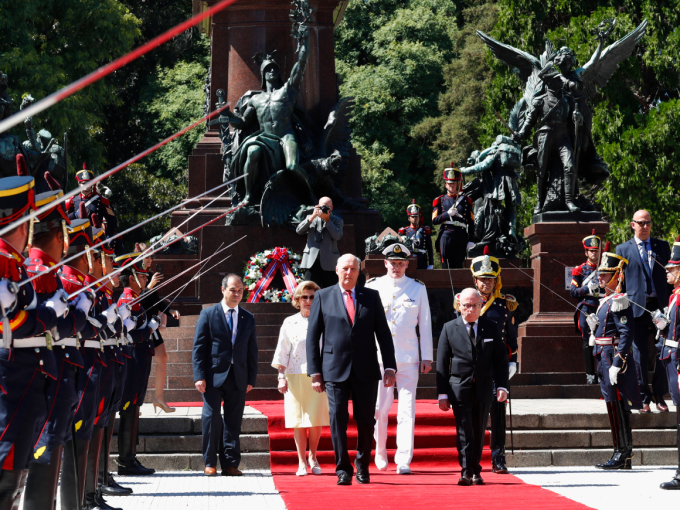 The state visit began with the laying of a wreath at the National Monument at Plaza San Martín. Photo: Heiko Junge / NTB scanpix

The visit of King Harald and Queen Sonja is the first Norwegian State Visit to Argentina since King Olav’s in 1967. Trade and cooperation between Argentina and Norway is expanding, and the purpose of the State Visit is to further strengthen ties between the two countries. 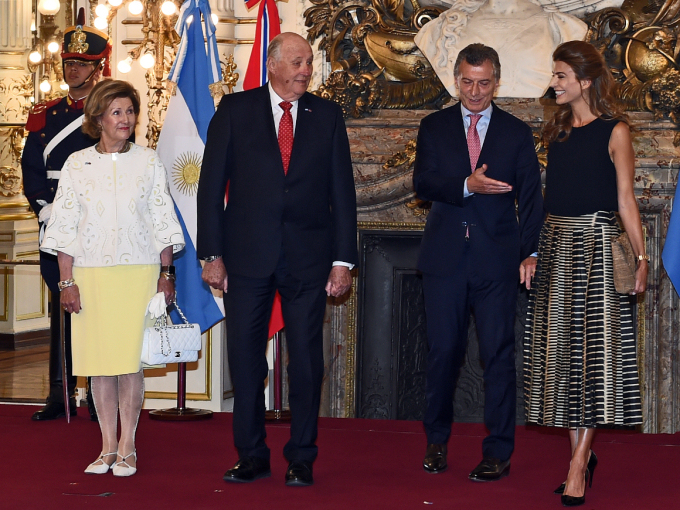 After the official welcome, bilateral meetings were held between the Norwegian and Argentine delegations. Norwegian Minister of Foreign Affairs Ms Ine Eriksen Søreide and Minister of Trade and Industry Mr Torbjørn Røe Isaksen are part of the delegation accompanying the King and Queen, in addition to a large business delegation. The meetings took place inside the Casa Rosada, the official residence of the Argentine President. The palace is situated on Plaza de Mayo (May Square), and is surrounded by important political institutions. 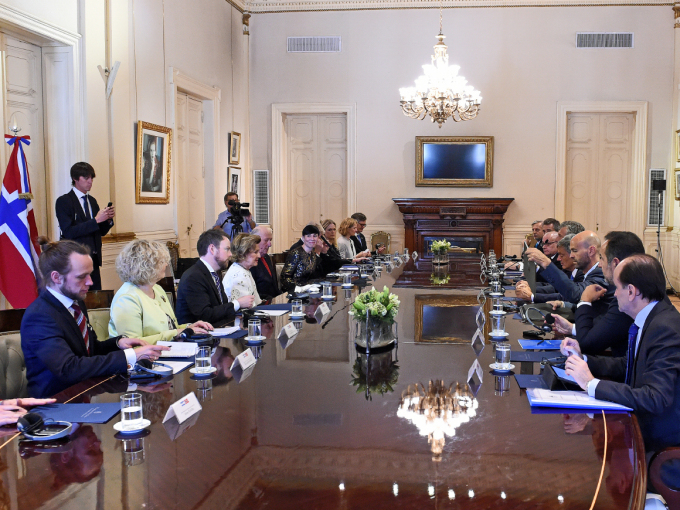 Following the political meetings, the President and First Lady hosted a state luncheon in the museum section of the Casa Rosada. Displays at the museum include the remnants of the 16th-century fort that once stood on the site, and the Cadillac Coupe Convertible used as a limousine by Argentina’s legendary First Lady Eva Perón (1919‒1952).

Speeches and exchange of decorations

In his speech at the state lunch, King Harald pointed to the historical ties and new opportunities for cooperation between Argentina and Norway:

- Our visit has attracted a lot of interest in Norway. It opens up new opportunities for cooperation in several areas. The extensive programme and our large delegation reflect this high level of interest. Quite a few Norwegian companies already have a presence here, and several are currently establishing themselves in Argentina. Agreements aimed at strengthening cooperation in a wide range of fields are being signed during our visit. This includes cooperation on trade and investments, and also cooperation based on defending human rights, promoting rule-based international cooperation and recognising our common responsibility to ensure sustainable development. 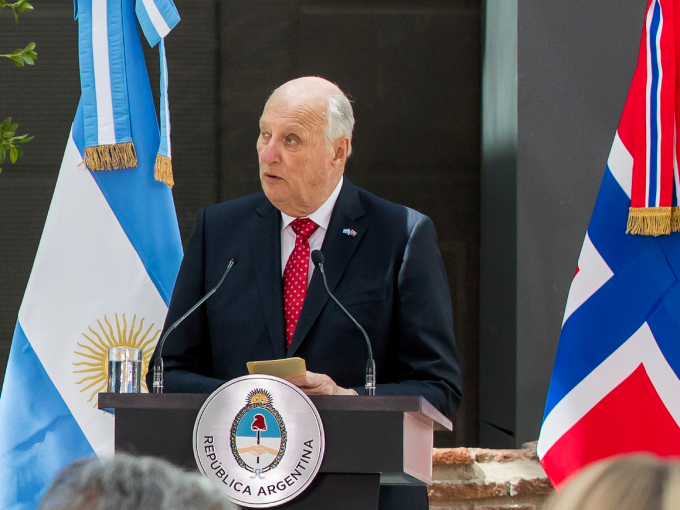 There was also an exchange of decorations in connection with the luncheon, in keeping with the tradition of State Visits.

This afternoon local time (Argentina is four hours behind Norway), the King and Queen visited the National Congress. There they signed the guestbook and had the chance to view the Constitution of Argentina before paying a visit to the Supreme Court.

Reception at the Yacht Club

Tonight King Harald and Queen Sonja conclude the first day of their State Visit together with representatives of the Norwegian business sector at a reception hosted by Innovation Norway. The reception is being held in scenic surroundings at the Yacht Club Puerto Madero along the banks of the river in Buenos Aires.

Kong Olav carried out a state visit to Argentina on 18‒21 September 1967.

Norway and Argentina enjoy excellent relations, and in recent years ties have been strengthened in various areas, most recently with the visit of the Norwegian Minister of Foreign Affairs in 2016.

There is growing interest in business cooperation and establishment of Norwegian business activities in Argentina.

Argentinian exports to Norway consist mainly of commodities such as fruits and vegetables, wine, leather, food and mineral oil. Norway exports mainly fertiliser and other chemical products, machinery and technical instruments to Argentina. 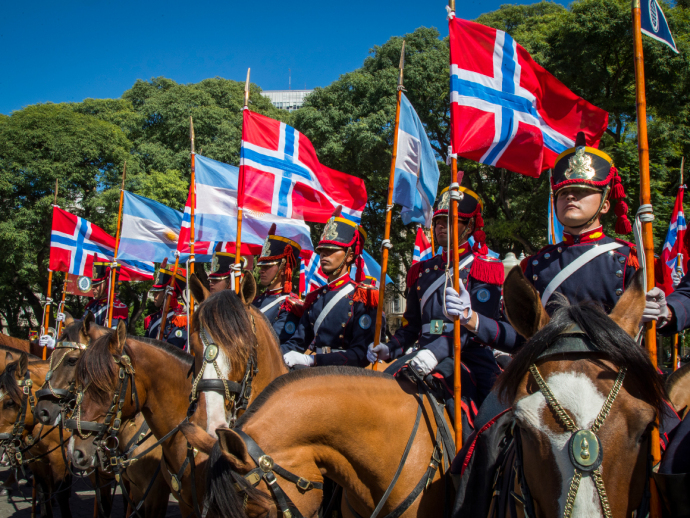