Tradition and Inspiration in the Art Stable

The exhibition "Tradition and inspiration" opened today. It shows national costumes - bunads - worn by the Royal Family along with a selection of artworks and other treasures from Norway’s cultural history.

Her Majesty The Queen, Their Royal Highnesses The Crown Prince and Crown Princess, and Her Highness Princess Astrid, Mrs Ferner have all lent their costumes to the exhibiton - and they were in attendance at the opening today. Queen Sonja and Crown Princess Mette-Marit were both wearing "bunads" - costumes that will be part of the exhibition when it opens to the public tomorrow.

- This exhibition is very much alive, the Queen stated in her welcoming speech. - So much so that some of the exhibits are missing during this opening today - because the Crown Princess and I are wearing them... Tomorrow they will be part of the exhibtion.

Queen Sonja gave here welcome surrounded by members of the Norwegian Girls Choir - all dressed in their own bunads. The choir performed during the opening. 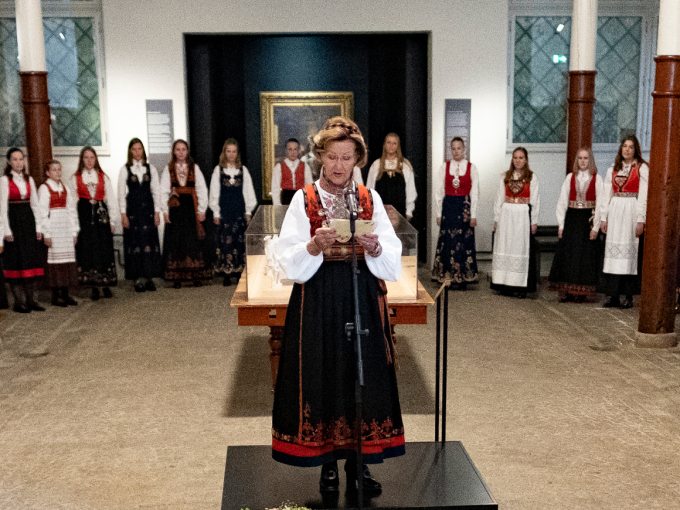 Bunads and costumes from many parts of the country are to be found in the exhibition.

- The "bunad" usually says something about were you are from. It is a beautiful identity badge. In our familiy we ar so lucky as to have costumes that allow us to be "at home" in any part of the country, the Queen said.

The opening speech was given by Mr Olav Aaraas, Director of the Norwegian Museum of Cultural History.

The exhibition makes the connection between folk tradition and artist like Adolph Tidemand and Johannes Flintoe. Flintoe was one of the artists who drew attention to the beauty of the Norwegian mountains. Every year, from 1819 until the early 1830s, Flintoe travelled extensively in Norway. The journeys resulted in a vast number of sketches of landscapes and folk costumes. Flintoe was later to decorate "the Bird Room" at the Royal Palace. 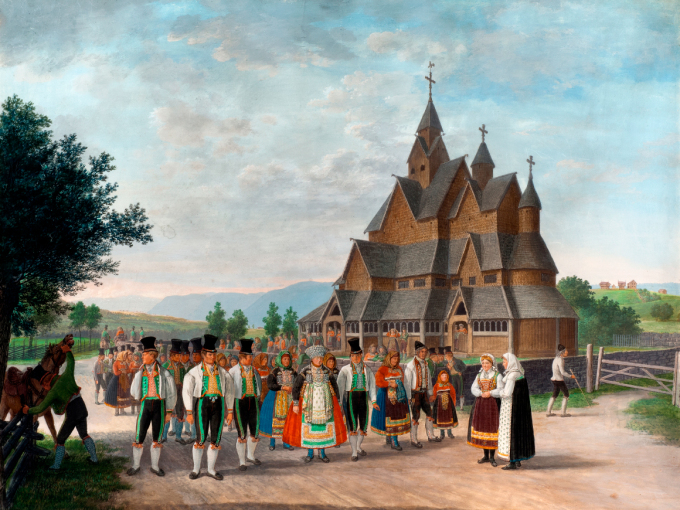 A private collector has provided several works by Johannes Flintoe for this exhibition. Photo: Jan Haug, the Royal Court

Tidemand is regarded as one of the foremost representatives of National Romanticism in Norwegian painting. Tidemand’s folk costume studies, along with those of Johannes Flintoe and Joachim Frich, are an important source of knowledge for the cultural history of folk costumes. Tidemand is represented in the exhibition with the much loved painting "Grandmother’s Bridal Crown". 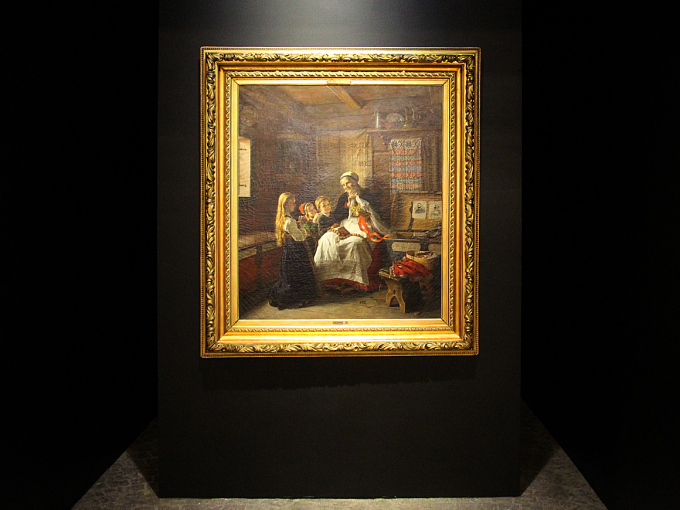 Tidemand painted five different renditions of "Grandmother’s Bridal Crown ". The version that is found in the Royal Collections is from 1869. Photo: Liv Osmundsen, The Royal Court.

The National Tapestries are another key element in the exhibition. Each tapestry is over 15 square metres in size, and the events they depict stem from the Sagas of the Kings by Snorri Sturlason. This saga tells the story of King Sigurd’s journey to Jorsal (Jerusalem) and Myklagard (Constantinople/Istanbul) from 1108 to 1111.

The two tapestries were woven in the late 1800s on the basis of cartoons drawn by Gerhard Munthe, and were executed by the Norwegian Tapestry Workshop under the direction of Frida Hansen. The tapestries were shown at the 1900 Universal Exhibition in Paris, where they attracted considerable attention. 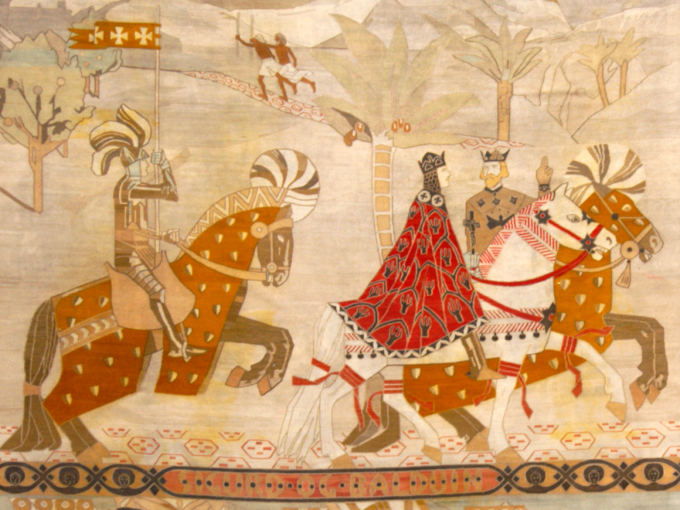 Detail from one of the tapestries. Photo: Jan Haug, the Royal Collections

The exhibition is open to the public from tomorrow, 20 June at 11:00 until 2 September. It will be open every day. The information boards that accompany the exhibition are in both Norwegian and English.