The event took place at the United Nations Headquarters in New York City and was marked with a large reception for all UN member countries.

Crown Prince Haakon and the Minister of Foreign Affairs held a press conference in the UN Rose Garden, where they emphasised that Norway has a fundamental interest in supporting the UN and promoting respect for international law. These are the backbone of a global order that has safeguarded Norwegian security, welfare and values for 70 years. The international law of the sea, in particular, is vital for Norway.

“I am well acquainted with the work of the UN, both here at the headquarters and also out in the various member countries,” the Crown Prince told the media. “As a goodwill ambassador for the United Nations Development Programme (UNDP) for 14 years, I have witnessed first-hand the UN efforts in many countries. The UN carries out very important work.” 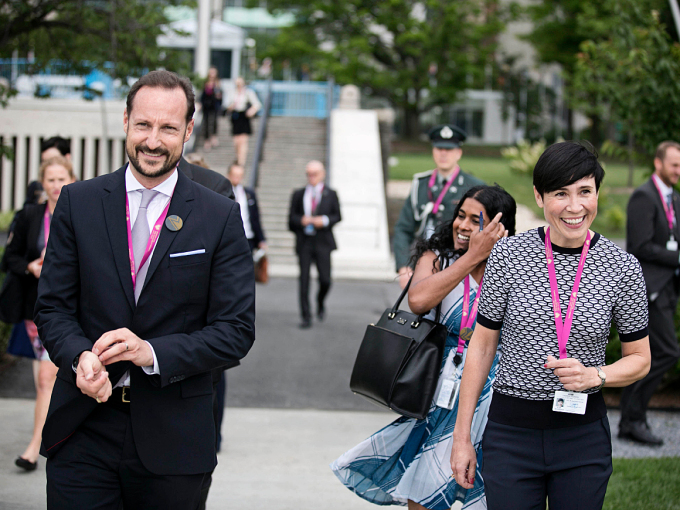 20 years since Norway last sat on the Council

The Security Council is the UN’s highest organ for maintaining international peace, stability and security, and the only global institution with a mandate to authorise the use of force and to take binding decisions on behalf of all of the 193 UN member countries.

Both the Minister of Foreign Affairs and the Crown Prince spoke at the launch of the campaign for Norway’s candidacy. As Crown Prince Haakon stated in the conclusion to his speech:

“Our engagement in the UN has deep roots. We have a fundamental interest in a well-functioning global order where right prevails over might, and where relations between states are governed by binding standards, conventions and legislation.
Norway remains committed to working with partners from all regions, in relationships of respect and openness. We are willing to listen to the views of all sides, and to seek common solutions and consensus. This is the foundation of Norway’s candidacy for a seat on the Security Council.”

Norway announced its candidacy for a Security Council seat in 2007, but the actual campaign to enlist support begins now and will continue until the final election in June 2020. Norway last held a seat on the Security Council in 2001–2002. If Norway is elected to this important position for the period 2021–2022, 20 years will have passed since its last membership.

Crown Prince Haakon, together with representatives of a number of countries, also visited the chamber where the Security Council meets. Norway donated the chamber to the UN in 1952. The “world’s most important room” was designed by Norwegian architect Arnstein Arneberg. Artist Per Krohg painted the oil canvas that provides the iconic backdrop for the meeting table, while Else Poulsson designed the wall textiles woven by Joh Petersen Linvarefabrikk. 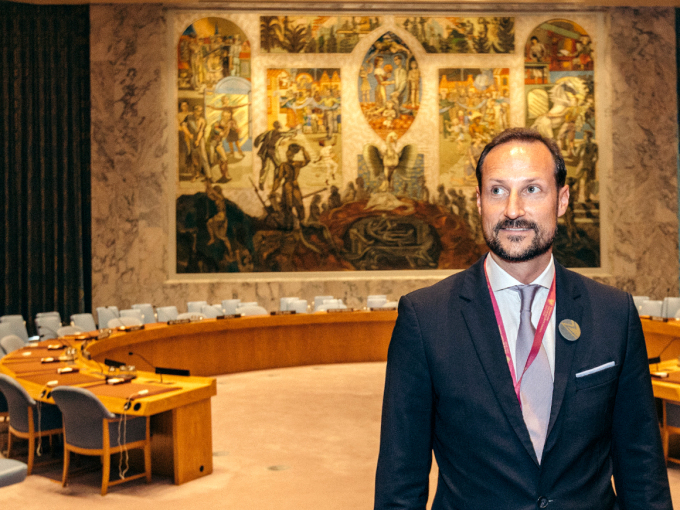 The Security Council Chamber at the UN Headquarters in Manhattan, New York, was donated and designed by Norway in 1952. Its renovation in 2013 preserved the original design. Photo: Johannes Worsøe Berg

The chamber was renovated and upgraded with modern technology a few years ago but retains its original design.

The launch celebration was held at the UN Headquarters Friday evening local time. Crown Prince Haakon set the tone as a disc jockey, teaming with “DJ Adipop”, aka Adiele Arukwe, who is an intern with Norway’s Permanent Mission to the United Nations.