Today marks fifty years since Their Majesties The King and Queen were married. The golden anniversary was commemorated with a church service in Oslo Cathedral, where their wedding was held on 29 August 1968.

Nine years had passed since the two first met. At the time, it was highly controversial that the Crown Prince wished to marry a commoner – a woman who was not a member of a European royal family or nobility. But finally, on 19 March 1968, the couple could announce their engagement, and the wedding was held in August that year. Today the King and Queen celebrated their golden wedding anniversary in Oslo Cathedral. 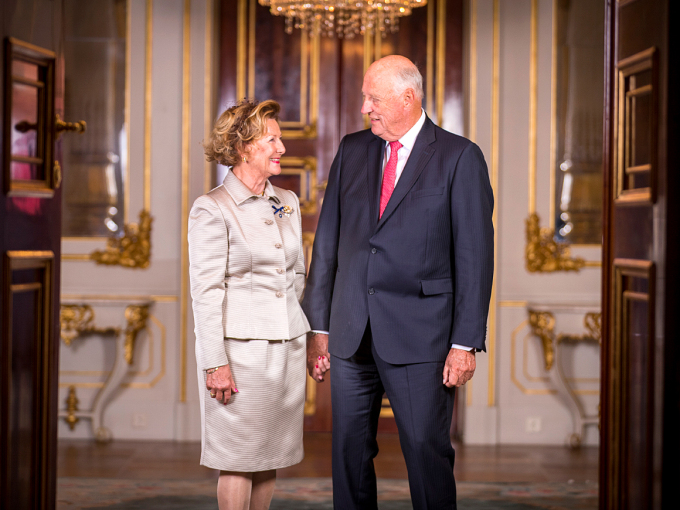 A few minutes before the service was to begin, King Harald and Queen Sonja rode from the Royal Palace in an A5 Lincoln Continental convertible, the very same car that took them from the Cathedral to the Palace as newlyweds in 1968. It is also the car that carried the Crown Prince and Crown Princess after their wedding ceremony in 2001. 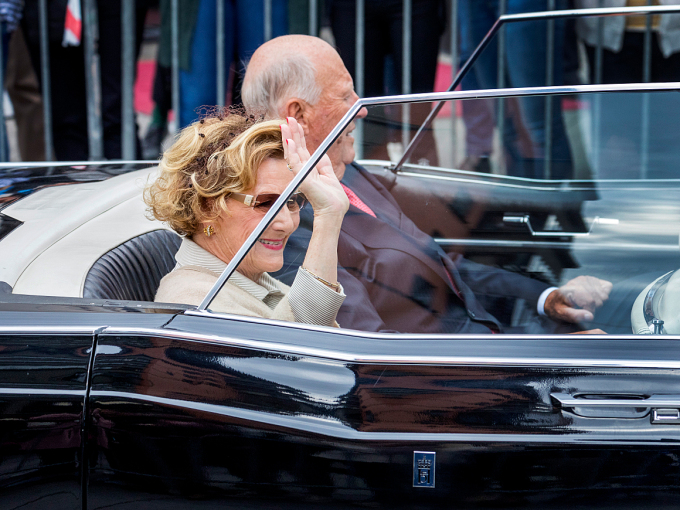 The very same classic A5 Lincoln Continental carried the King and Queen along the same route they took as newlyweds, from Oslo Cathedral to the Royal Palace, 50 years ago today. Photo: Gorm Kallestad / NTB scanpix

It was a fully packed Cathedral that awaited the arrival of King Harald and Queen Sonja. Family and friends were in attendance, as were the Prime Minister, members of the Government and other representatives of official institutions in Norway. The King and Queen had also invited 200 local guests, in addition to employees of the Royal Court. 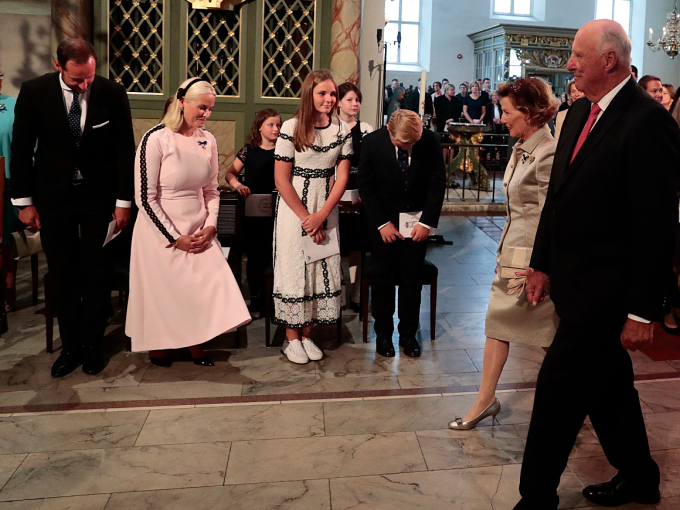 As the King and Queen had requested, Thankfulness was a recurring theme of the service, which wove together elements both from the wedding in 1968 and from writings and music the couple have grown fond of during their life together. Two of the hymns sung at the wedding 50 years ago were also sung today. 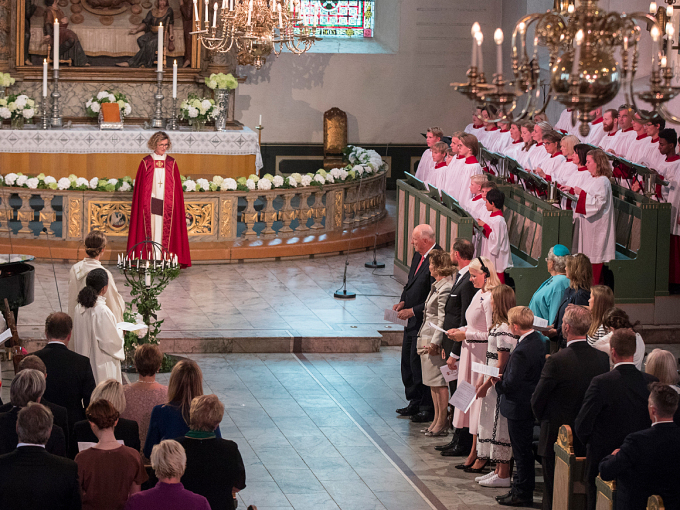 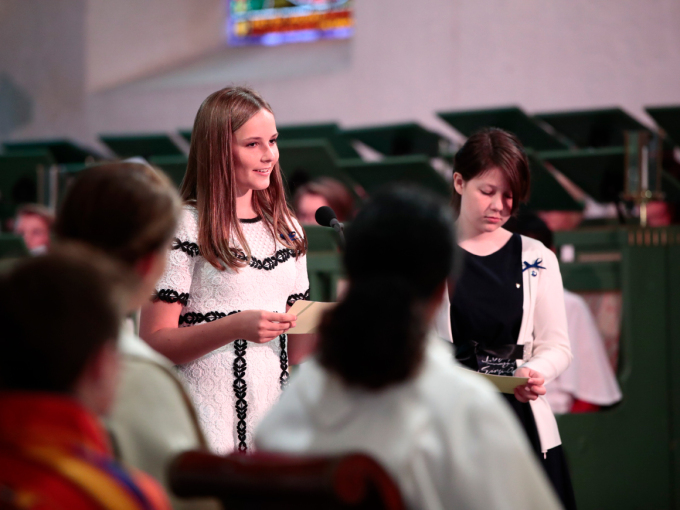 After the service, King Harald and Queen Sonja returned to the Royal Palace, once again in the classic Lincoln.

This evening the King and Queen are celebrating their anniversary with family and friends.