Visit to the Mogao Caves

To be listed as a world heritage site, a place must fulfil one of six criteria. The Mogao Caves fulfil all six. Today, Their Majesties The King and Queen were given the opportunity to visit this extraordinary place.

Their Majesties are in Dunhuang, in China’s north-western province of Gansu. Dunhuang is an ancient city of major cultural significance that once was an important stopover for traders and pilgrims along the Silk Road. Ideas and other cultural impulses from East and West converged there as travellers from India, Europe, Central Asia, Iran and Mongolia came and went. 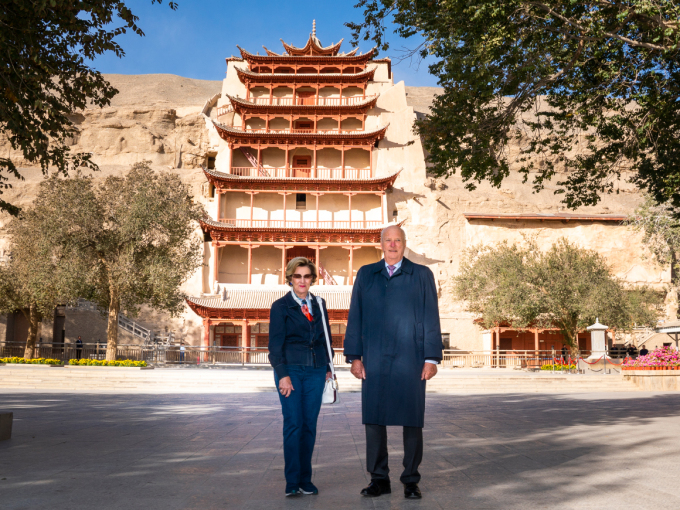 The Mogao Caves are a short distance outside the city. There, generations of monks and pilgrims created one of the largest collections of Buddhist art, sculpture and architecture over a period of about 1,000 years, starting in the fourth century. Today, 492 caves have been preserved. In 1987 the caves were placed on the UNESCO World Heritage List.

The King and Queen received a tour of several of the caves today, including the Library Cave, where a large number of texts dating from between 600 and 1200 were found. The texts are of immeasurable value in the study of Chinese and Central Asian history. 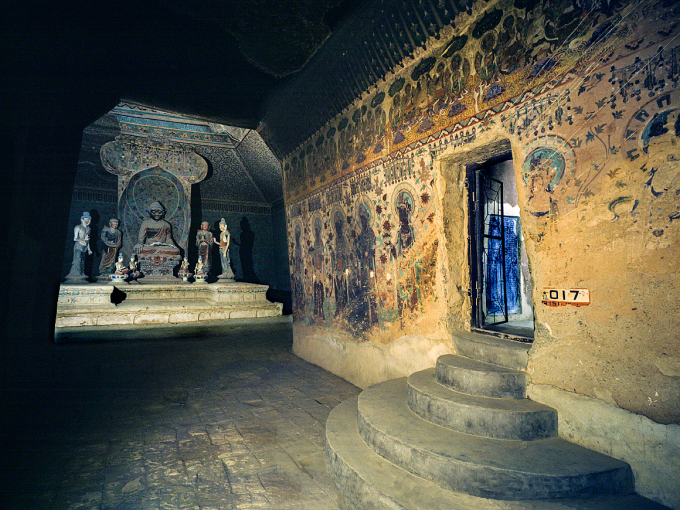 Surrounded by desert, the Mogao Caves have survived sandstorms and other harsh weather conditions for more than 1 500 years. Now they face a new challenge: the large increase in the number of tourists seeking to experience the place.

Tourism is a crucial industry in Dunhuang, but it is important to maintain balance by protecting the caves as great cultural assets. Measures have therefore been imposed to control the flow of tourists and reduce time spent inside the caves. 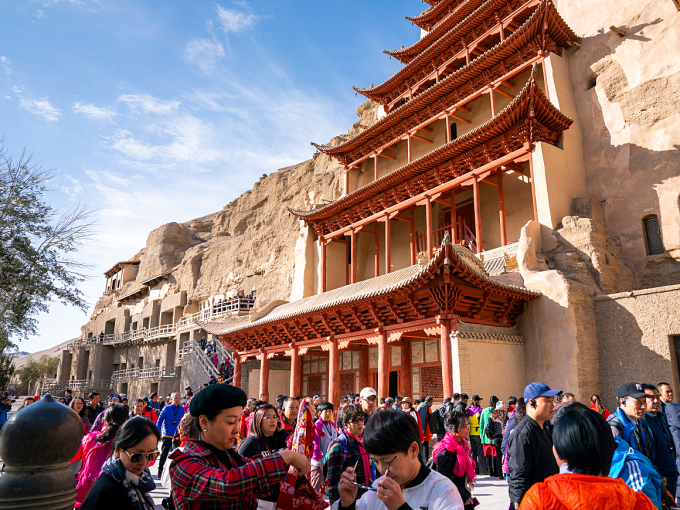 Dunhuang Academy is undertaking a major effort to digitise the caves and make them available to both Chinese and international audiences, using images, videos and virtual reality via the web. 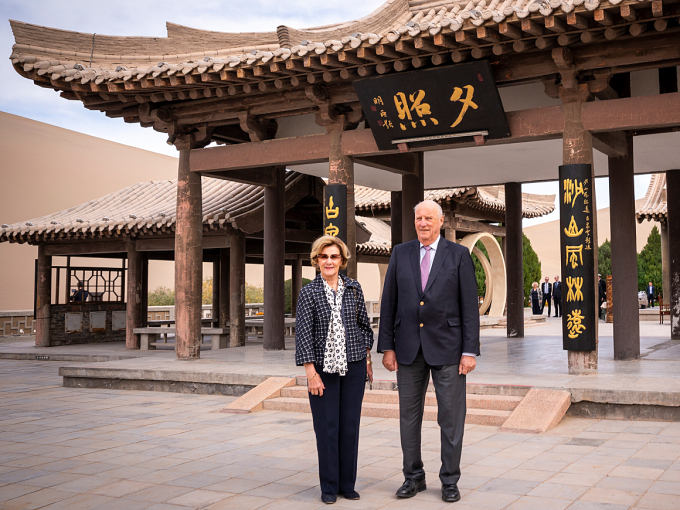 The visit ended with lunch in the pagoda at Yueyaquan, a crescent-shaped freshwater spring in the desert outside Dunhuang. Photo: Heiko Junge, NTB scanpix

This afternoon, the King and Queen left Gansu Province and headed for the capital, Beijing. There they were officially welcomed by representatives of the Chinese government. 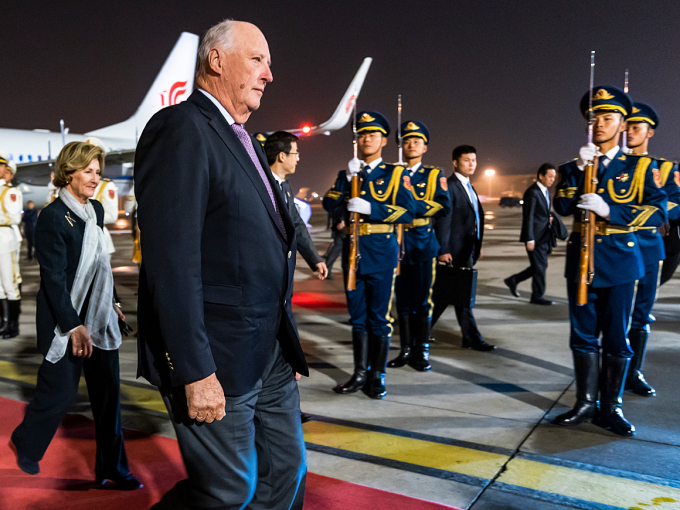 On Monday morning the official programme will continue, highlighting developments in social welfare and winter sports.