Crown Princess Mette-Marit was pleased to present the prize to Auður Ava Ólafsdóttir for her book Ör (in English: “Scar”). The Nordic Council Literature Prize 2018 was awarded for “a work full of subtle humour and sparkling, vital language, which asks the big questions about life and death.”

The Nordic Council Literature Prize 2018 was awarded for “a work full of subtle humour and sparkling, vital language, which asks the big questions about life and death.”

Öris Ms Ólafsdóttir’s fifth novel. Her other work includes a collection of poems, plays, and song lyrics for an Icelandic band. She was born in Reykjavik in 1958 and has taught art science and art history at the University of Iceland and at the Iceland Academy of the Arts. 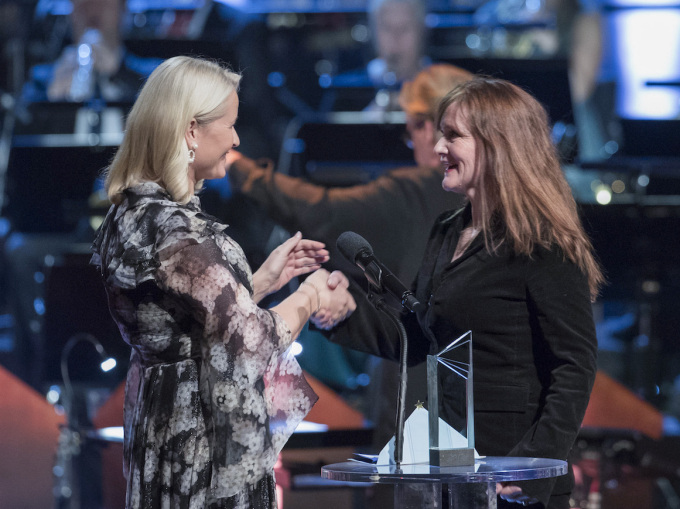 His Royal Highness The Crown Prince was also in attendance at the awards ceremony, which celebrated outstanding Nordic efforts in culture and the environment. The literature prize is awarded along with the Nordic Council prizes for literature for children and young people, music, film and environmental efforts. The autumn Session of the Nordic Council is convening in Norway this week, and the ceremony awarding the prestigious prizes is one of the highlights. 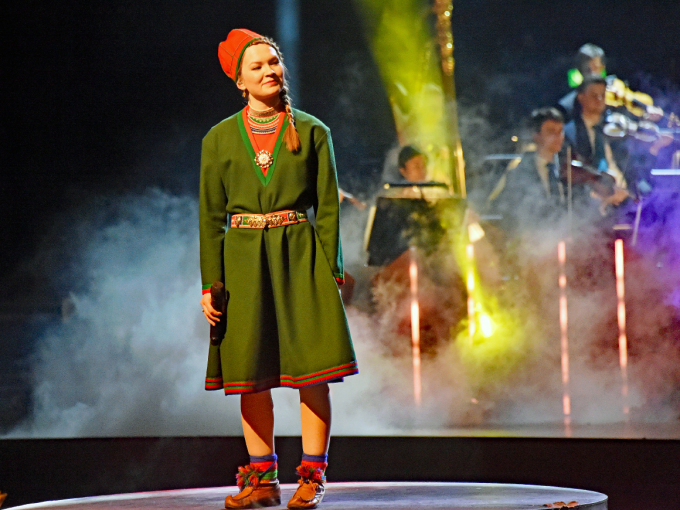 The Nordic Council Literature Prize, awarded since 1962, goes to a work of fiction written in one of the Nordic languages. In this context, a work of fiction is defined as a novel, a play, or a collection of poetry, short stories or essays that meets high literary and artistic standards. The purpose of the prize is to promote interest in the literature and language of the neighbouring countries, as well as in the Nordic cultural community.

The Crown Princess expressed thanks to the Nordic Council this evening for bringing greater attention to all the authors and their works over the years:

“The Nordic Council Literature Prize has played a special role through the years, highlighting some of our finest authors. Without the Nordic Council spotlight, I and thousands of other readers would have missed out on works by important authors and some wonderful literary experiences.” 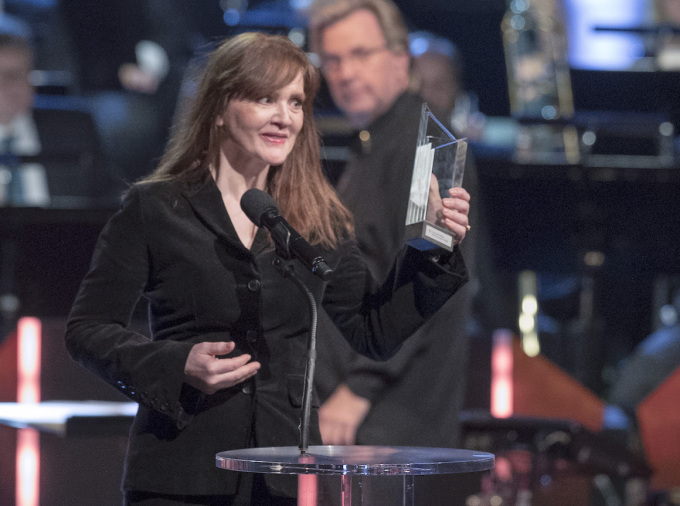 In all, 13 authors were nominated for this year’s literature prize:

Norwegian Prime Minister Erna Solberg was also among those to present prizes this evening. She presented the Nordic Council Environment Prize to the Natural Resource Council of Attu, West Greenland, for its work in documenting and communicating the local inhabitants’ knowledge about and experience with the marine environment. 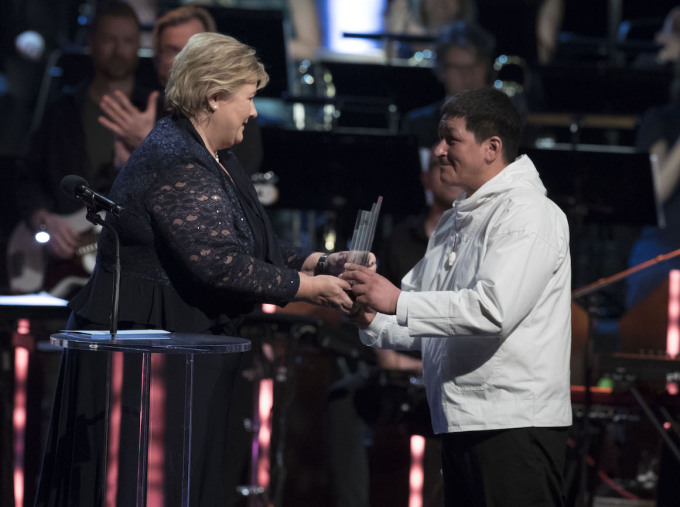 Gunilla Bergström, author and illustrator the Albert Åberg books, presented the Nordic Council Children and Young People’s Literature Prize Nordisk to Bárður Oskarsson of the Faroe Islands, whose publisher accepted the prize on his behalf. 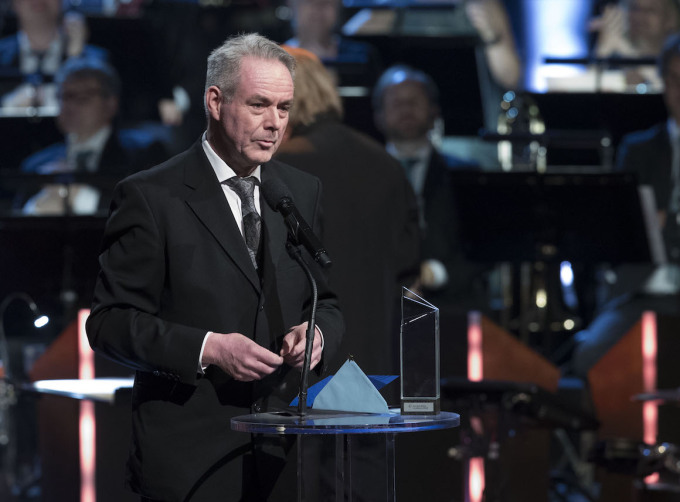 After the award presentations, the Crown Prince and Crown Princess had a chance to greet the evening’s prizewinners.