His Royal Highness Prince Charles celebrated his 70th birthday today. Their Majesties The King and Queen and Their Royal Highnesses The Crown Prince and Crown Princess joined in the celebration at Buckingham Palace in London Tuesday evening.

Her Majesty Queen Elizabeth II is hosting a large, black-tie banquet at Buckingham Palace in honour of her son. King Harald, Queen Sonja, Crown Prince Haakon and Crown Princess Mette-Marit are among the many invited guests.

The gala banquet at Buckingham Palace is being held in the Palace ballroom, with the Prince seated next to his mother. Members of the Royal Houses from throughout Europe took part in today’s 70th birthday celebration. 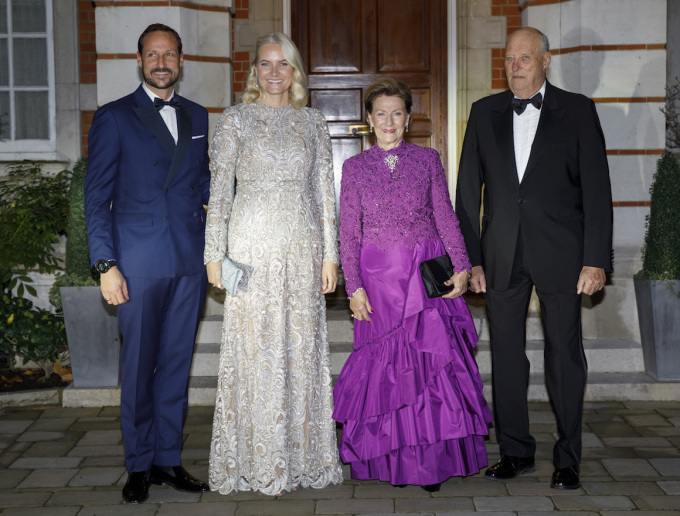 Documentary portrait of the Prince

During the birthday celebration at the Palace, the BBC will be airing a documentary about the Prince of Wales. Prince Charles is passionately committed to helping those who are less fortunate, and in 1976 he founded the Prince’s Trust. The Trust helps young people who are unemployed or in other difficult circumstances to learn a vocation or even start their own business. Since its founding, 900 000 young people have taken part in projects organised under the Prince’s Trust.

Prince Charles has also been involved in environmental protection activities for several decades. The heir to the British throne has followed organic practices at his private Highgrove Royal Gardens in Gloucestershire for a long time. He was also one of the first voices warning about the environmental threat posed by plastic pollution in the oceans.

“He really wants to save the world,” said his wife, Her Royal Highness The Duchess of Cornwall, in the BBC documentary. The Prince is known for speaking out on topics about which he feels deeply, but emphasised in the documentary that he would not continue in the same vein once he became monarch.