This afternoon, His Majesty The King and Her Majesty Queen Elizabeth II were both in attendance as the Anglo-Norse Society celebrated the Society's centenary in London.

The purpose of the Anglo-Norse Society is to promote understanding between Britain and Norway through learning about each other’s country and way of life. To this end the Society has a varied programme of events which includes talks by British and Norwegian speakers on a wide variety of subjects, such as politics, economics and history as well as art and literature. 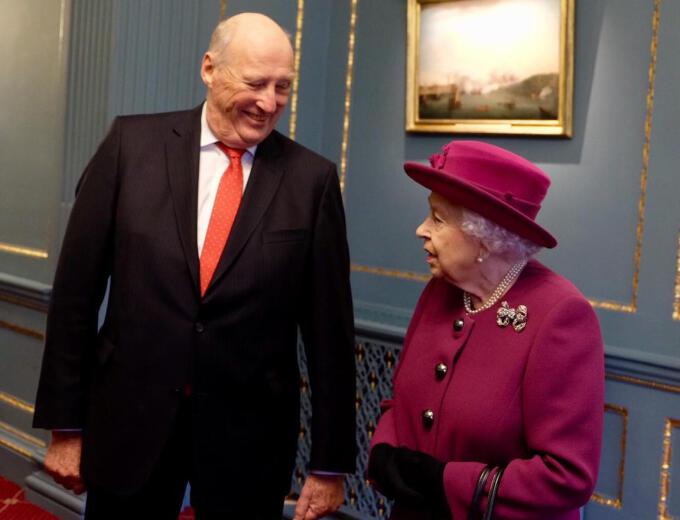 Queen Elizabeth and King Harald are both patrons of the Anglo-Norse Society. Photo: The Royal Court, UK

During their visit, the two monarchs received a briefing on the Society's activities. They also had the opportunity to meet students and researchers that have benefited from the grants provided for studies within the fields of politics, economics, history, art and literature. 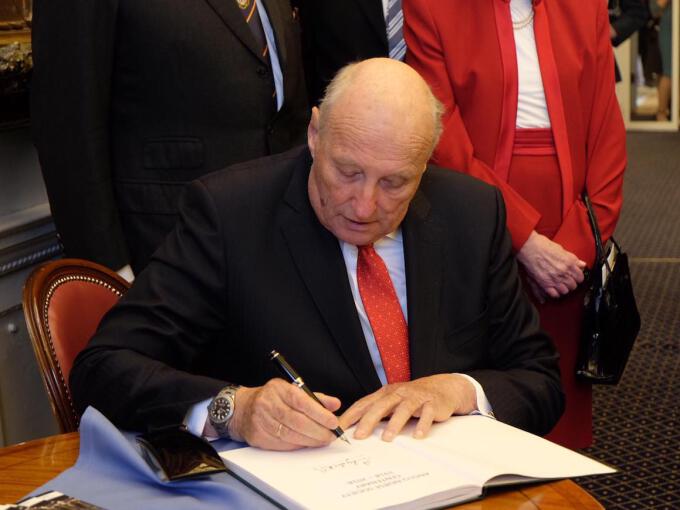 At the conclusion of their visit, Queen Elizabeth and King Harald signed the Society's guest book. Their Majesties are both patrons of the Anglo-Norse Society, which also has a "sister" branch in Oslo, Norway.