Today Oslo officially opened its term as European Green Capital. Her Majesty The Queen and His Royal Highness The Crown Prince were both in attendance at the ceremony at Oslo City Hall.

While 14 European cities applied to be the Green Capital for 2019, Oslo came away with the honour. 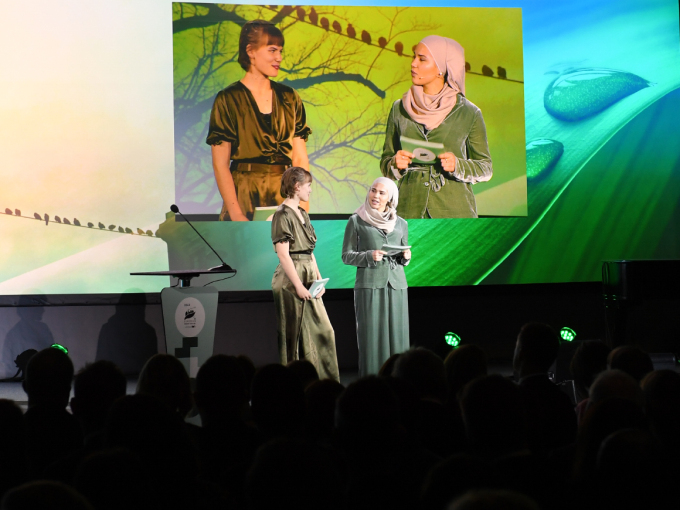 Iman Meskini and Gina Gylver were the masters of ceremonies of the programme. Photo: Sven Gj. Gjeruldsen, the Royal Court

Iman Meskini and Gina Gylver were the masters of ceremonies of the programme, which included musical performances, speeches and film. Oslo’s Governing Mayor, Raymond Johansen, delivered opening remarks. The Vice Mayor for Environment and Transport, Lan Marie Nguyen Berg, then described Oslo’s role as an environmental capital in conversation on stage with the masters of ceremonies.

The Dutch city of Nijmegen was the European Green Capital in 2018. Nijmegen Mayor Hubert Bruls and European Commissioner Karmenu Vella formally transferred the title to Oslo. 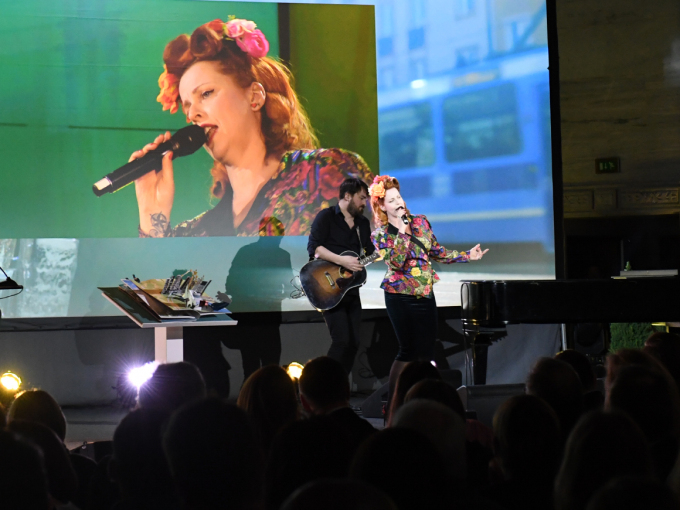 Silya was among the artists performing this afternoon. Photo: Sven Gj. Gjeruldsen, the Royal Court

After the ceremony, the opening celebration continued with a variety of activities at the SALT cultural venue in the central district of Bjørvika, where the whole city had been invited to participate. A wide range of environment-focused events – including seminars, open houses, lectures and activity days – are planned throughout the year at various locations in the city.

In proclaiming Oslo the European Green Capital, the European Union has given the city an important international task: to serve as a role model for other cities. Cities are responsible for the largest share of emissions and exert the greatest pressure on resources and the environment. Cities must therefore grow in smart ways.

Oslo is small enough to test new green solutions, but it is also large enough that its solutions can be scaled up for application to larger cities. In 2019 the world is invited to Oslo – to think aloud about the future.