His Royal Highness The Crown Prince has begun an official visit to the three island nations of Tonga, Fiji and Samoa in the South Pacific Ocean. Today he arrived in the capital of Tonga, Nukuʻalofa.

The islands of the South Pacific are particularly vulnerable to the effects of climate change, and the countries have taken a leading role in the global climate effort. Crown Prince Haakon is accompanied by Norwegian Minister of International Development Dag-Inge Ulstein on the journey, during which they will observe, among other things, how rising sea levels are already affecting these countries. 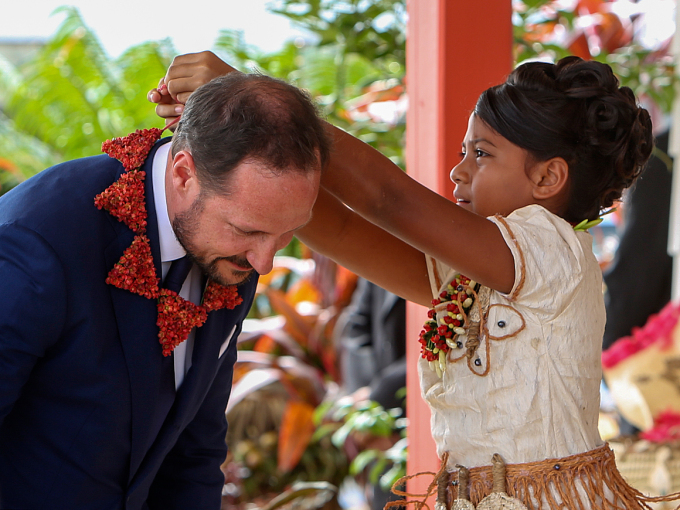 Tonga has just under 110 000 inhabitants and comprises 169 islands. Of these, 36 are inhabited, with most people living on the main island group of Tongatapu. Tonga is the only kingdom in the Pacific and one of the world’s oldest monarchies. Crown Prince Haakon was welcomed to Tonga by His Majesty King Tupou VI at his residence in Nukuʻalofa. 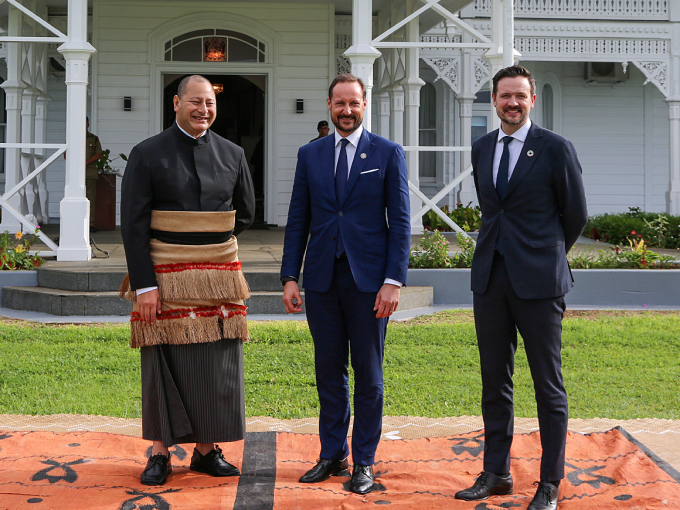 The Crown Prince met King Tupou for talks. Norway and Tonga have a number of common interests and cooperate in several arenas to promote sustainable development, marine health and efforts to combat climate change. Tonga invests in renewable energy and aims to obtain 50 per cent of its electricity from renewable energy sources by 2020. Norway supports this initiative in part by contributing to the Green Climate Fund. The Fund is one of the most important instruments for achieving the goals set out in the Paris Agreement. 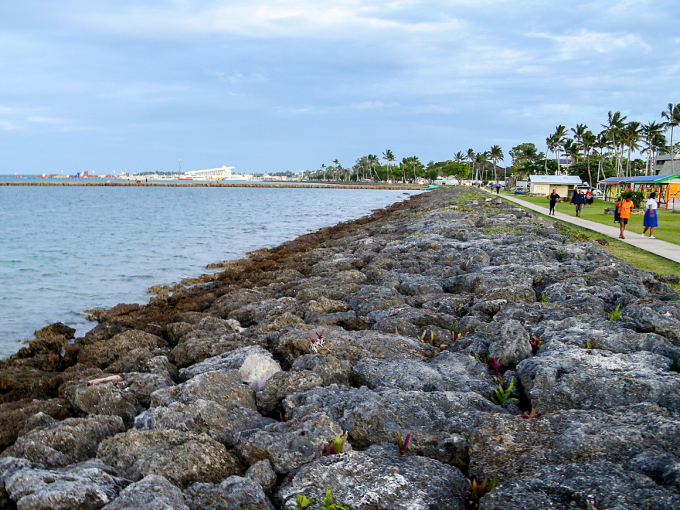 For many Pacific islands, climate change is a question of to be or not to be. Rocks are positioned to keep water out of a low-lying part of central Nuku'alofa, Tonga’s capital. Photo: Karen Setten / NTB scanpix

Tonga is 11 hours ahead of Norway. In the evening – local time – Their Majesties King Tupou and Queen Nanasipauheld a dinner in honour of the visit at the Royal Palace.

“I am here to observe, listen and learn more about how your country is dealing with rising sea levels and more frequent cyclones,” Crown Prince Haakon said in his speech during dinner. “We are seeing the effects of climate change in Norway, too: shorter winters, shrinking glaciers…. Rising sea temperatures and melting glaciers in the north mean rising sea levels all over the globe. The future of the planet depends on the health of our oceans and climate, and on our ability to work together.”

"Rising sea temperatures and melting glaciers in the north mean rising sea levels all over the globe. The future of the planet depends on the health of our oceans and climate, and on our ability to work together 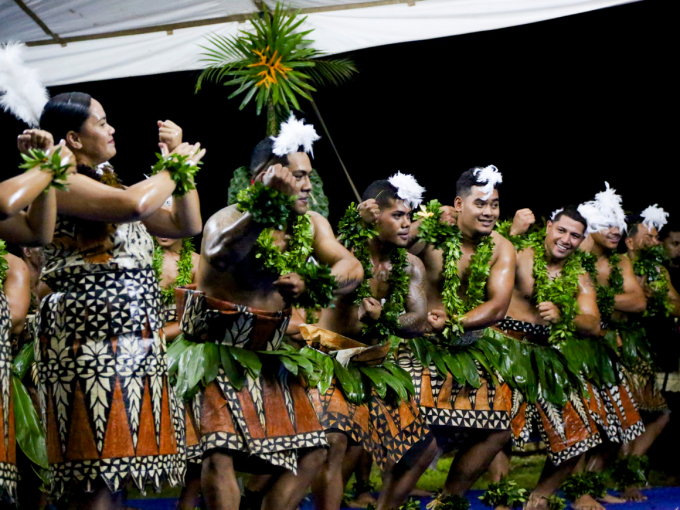 Tomorrow the Crown Prince will have a chance to see the impacts of climate change close up, and to meet some of those who confront these challenges on a daily basis.

His Royal Highness The Crown Prince has sent the following message of condolence to His Majesty Tupou VI, King of Tonga, following the eruption of the Hunga-Tonga-Hunga-Ha’apai volcano and the subsequent tsunami.