The terrorist attacks on three churches and several hotels in Sri Lanka on Easter Sunday shook the entire world. This evening His Majesty The King was in attendance at a requiem mass held in Oslo to commemorate the victims.

Bernt Ivar Eidsvig, the Catholic Bishop of Oslo, led the service for the St. John the Apostle and Evangelist congregation in Bredtvet Church. 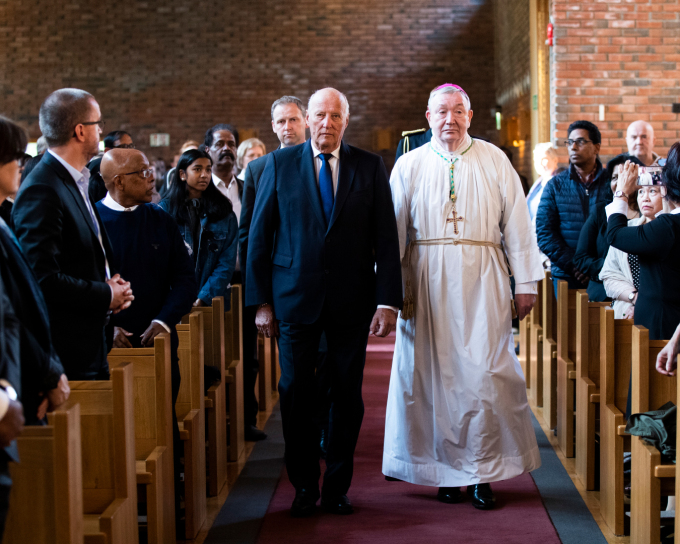 Members of the Bahá'í, Buddhist, Hindu, holist, Jewish, Christian, humanist, Muslim and Sikh communities are all represented in the Council for Religious and Life Stance Communities in Norway (STL), which was the main organiser this evening. The event was held to honour the memory of the victims and show unity at a difficult time. 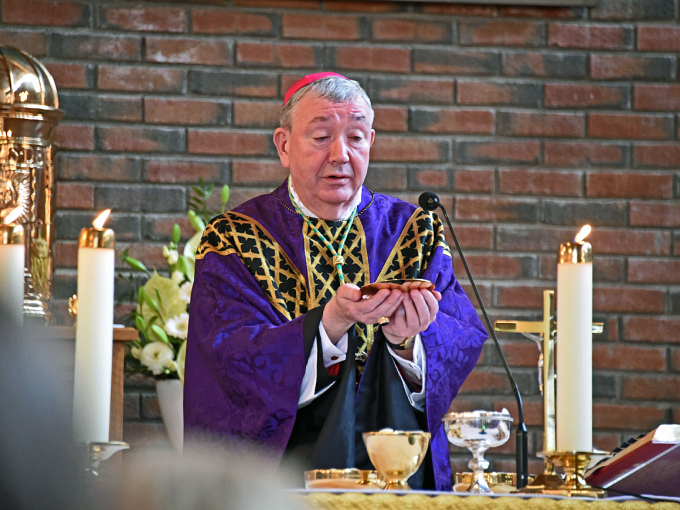 The ceremony in Bredtvet Church was intended to show that Norwegian religious and philosophical communities stand together when one of them is struck by violence or terror. “Attacking religious people gathered in prayer and worship is an attack aimed at people’s hearts,” says the STL’s Ingrid Rosendorf Joys.

Prime Minister Erna Solberg and Sri Lanka’s Ambassador to Norway were also present at the service. The Church of Norway was represented by Bishop Helga Haugland Byfuglien as well as two former Bishops of Oslo, Ole Christian Kvarme and Gunnar Stålsett.