Their Majesties The King and Queen and Her Highness Princess Astrid, Mrs Ferner, were in attendance as His Royal Highness Grand Duke Jean of Luxembourg was laid to rest today. The Grand Duke was the sovereign for 36 years.

Grand Duke Jean passed away on 23 April at the age of 98. He had lived out of the public eye since his abdication on 7 October 2000, when he was succeeded by his son, His Royal Highness Grand Duke Henri of Luxembourg.

Members of Royal Houses from throughout Europe gathered to bid a final farewell at the funeral, which was held at Notre-Dame Cathedral in Luxembourg City. His Majesty King Carl Gustaf of Sweden and Her Majesty Queen Margrethe of Denmark were both in attendance. 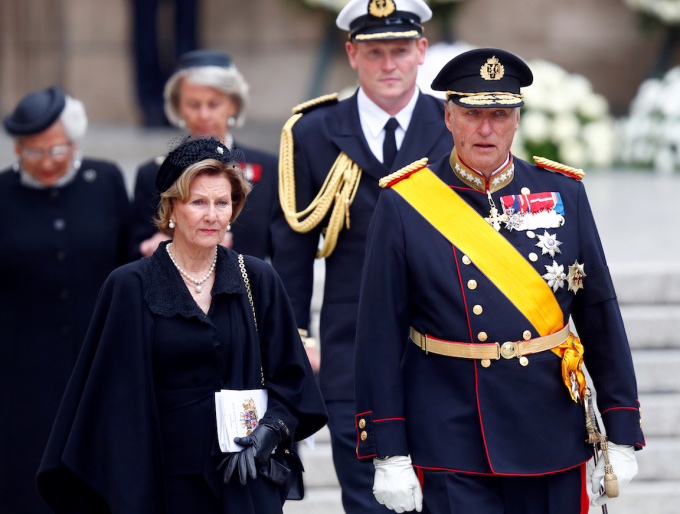 Procession through the capital city

The Grand Duke’s casket was carried on a gun carriage through the streets of the capital in a procession from the Grand Ducal Palace to the cathedral. Following behind the casket were the closest family and members of the European Royal Houses. The casket was draped with the Grand Ducal Standard of Luxembourg.

The ceremony was led by the Archbishop of Luxembourg. A large wreath from the family was placed at one end of the casket, and the Grand Duke’s national orders lay on each side of it. The Grand Duke’s eldest child, Her Royal Highness Princess Marie-Astrid of Luxembourg, gave the first reading during the ceremony. 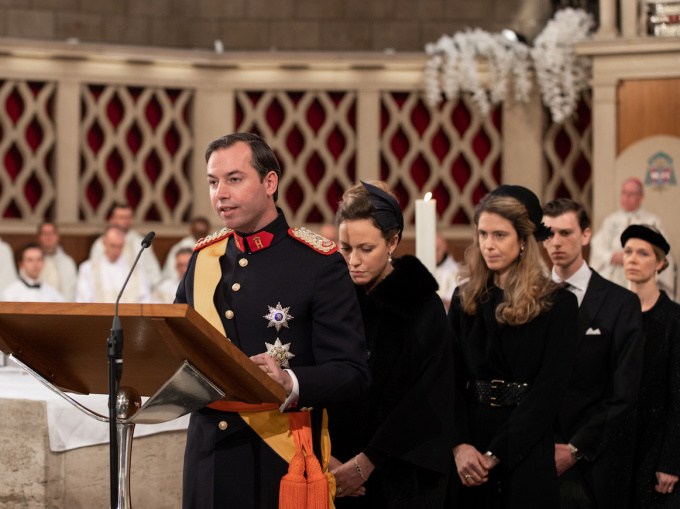 Hereditary Grand Duke Guillaume of Luxembourg led the Universal Prayer together with four of his cousins. Photo: Sophie Margue, REUTERS / NTB scanpix.
After the funeral service the Grand Duke was laid to rest in the Ducal Crypt.

The Grand Duke was married to the late Josephine-Charlotte, Grand Duchess consort of Luxembourg. She was the daughter of Queen Astrid and King Leopold of Belgium and the cousin of King Harald and Princess Astrid. Queen Astrid was the sister of Crown Princess Märtha. 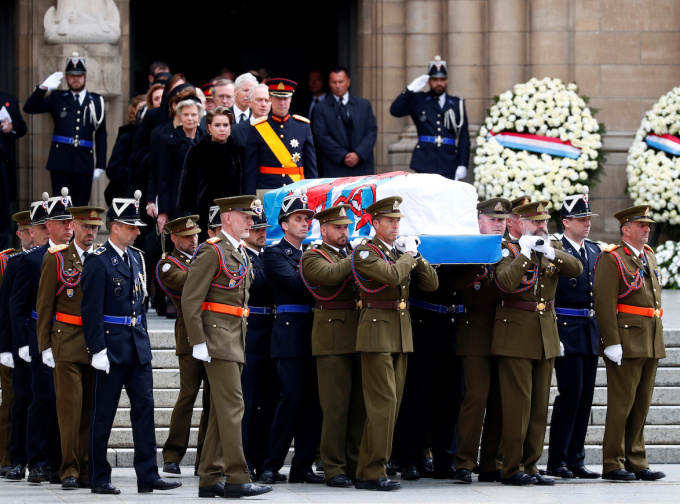 Grand Duke Jean’s casket being carried out of the cathedral after the ceremony. Photo: REUTERS/Francois Lenoir.
Links