This year, His Majesty The King presented the prestigious Abel Prize to a woman mathematician for the first time. Today, Karen Keskulla Uhlenbeck received the prize in a formal award ceremony in the Aula of the University of Oslo.

Dr Uhlenbeck was awarded the prize “for her pioneering achievements in geometric partial differential equations, gauge theory and integrable systems, and for the fundamental impact of her work on analysis, geometry and mathematical physics.” The citation from the Abel Committee further states: “Uhlenbeck developed tools and methods in global analysis, which are now in the toolbox of every geometer and analyst.”

In her acceptance speech, the Abel Laureate stressed the importance of gender equality in academia. 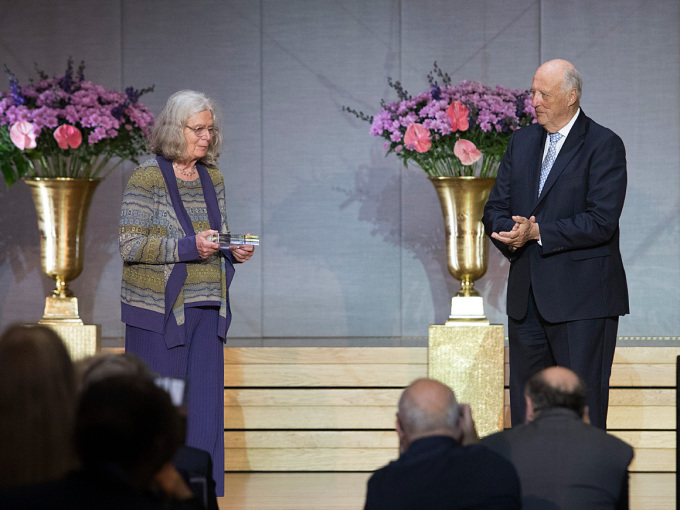 King Harald presented the Abel Prize to Karen Uhlenbeck in the Aula of the University of Oslo. Photo: Terje Bendiksby / NTB scanpix.

The President of the Norwegian Academy of Science and Letters, Hans Petter Graver, gave the opening speech, and then the chair of the Abel Committee, Hans Munthe-Kaas, presented the committee’s reasons for the awarding of the prize. The Norwegian Soloists’ Choir and Camilla Spidsøe of the Norwegian National Ballet performed during the ceremony.

The news that the prize had been awarded to a woman for the first time was well received. 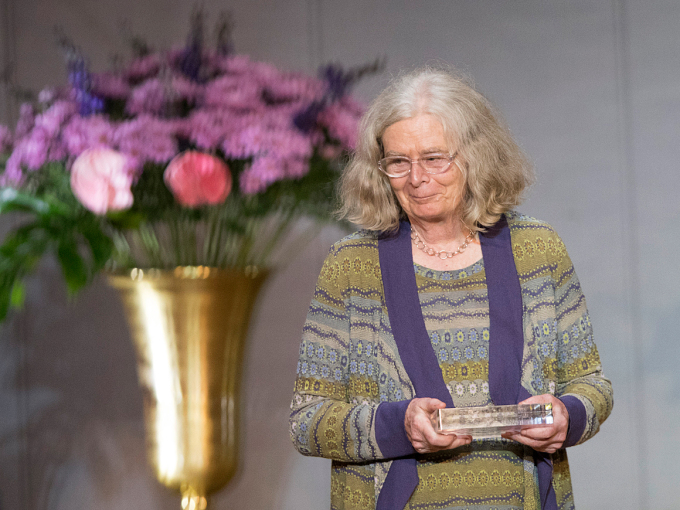 Karen Uhlenbeck is the first woman to win the Abel Prize since it was first awarded in 2003. Photo: Terje Bendiksby / NTB scanpix.

In an interview on the Norwegian webpages on abelprisen.no, Professor Emerita Ragni Piene stated that “this year’s Abel Prize is a great inspiration for women mathematicians. It is energising to see that women have finally reached the pinnacle. More women will surely follow Karen Uhlenbeck.” Piene, herself the first woman professor of mathematics at the University of Oslo, was previously chair of the Abel Committee, which evaluates candidates for the Abel Prize.

Prior to the award ceremony, King Harald granted the Abel Laureate an audience at the Royal Palace. 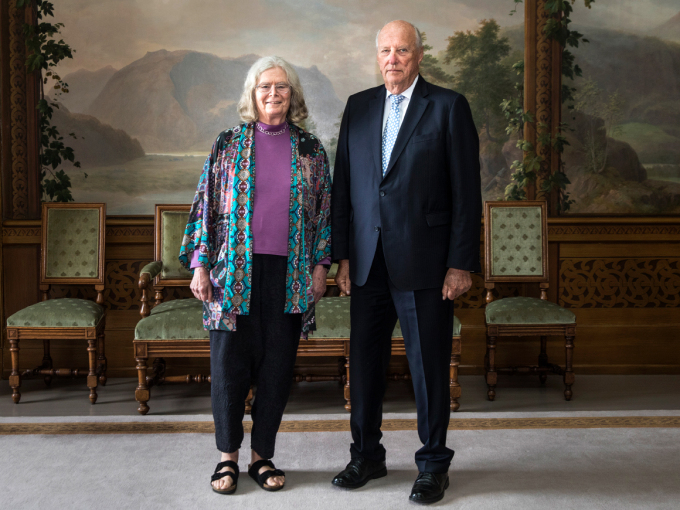 The Abel Prize week started yesterday when this year’s laureate laid a wreath at the statue of Norway’s great mathematician Niels Henrik Abel in the Palace Park.

There is no Nobel Prize for mathematics, and the Abel Prize was established to provide a correspondingly prestigious award for excellence in the field of mathematics. The prize carries a cash award of NOK 6 million and has been awarded annually since 3 June 2003.

The Norwegian Academy of Science and Letters awards the Abel Prize. A committee of five mathematicians assesses the nominees and recommends the winner.

Banquet in honour of the Abel Laureate

This evening the King is attending a banquet at Akershus Castle in honour of the Abel Laureate.