Crown Prince Haakon arrived in the Vega fishing harbour on the Royal Yacht Norge. The island inhabitants greeted him with a local brass band with Mayor Andre Møller and County Governor of Nordland Tom Cato Karlsen in the forefront. 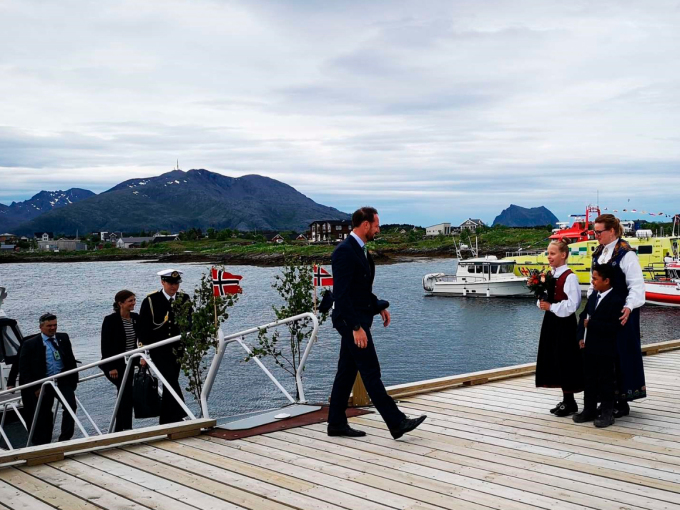 The UNESCO statement inscribing Vega as part of the world’s cultural and natural heritage states the following:

“The Vega Archipelago reflects the way generations of fishermen/farmers have, over the past 1 500 years, maintained a sustainable living in an inhospitable seascape near the Arctic Circle, based on the now unique practice of eider down harvesting, and it also celebrates the contribution made by women to the eider down process.”

The new World Heritage Centre celebrates this distinctive tradition of eider down harvesting, the surrounding cultural landscape, and the bird tenders themselves. Visitors here are treated to a glimpse of the natural wilderness and cultural values the Vega Archipelago embraces.

The Crown Prince undertook the official opening of the centre today. Among those in attendance was author Roy Jacobsen, who described life and nature along the Helgeland coast in his modern classic The Unseen. Crown Prince Haakon quoted from the novel in his speech, pointing out how the new centre opens the eyes of the world to the islands’ cultural heritage:

“Including Vega Archipelago on the World Heritage List honours the coastal people and the community life of fisherman and farmers, where the women were farmers and bird tenders and the men fished the waters. It honours the unseen, who are no longer invisible. The World Heritage Centre reveals their value and makes their lives visible. To us and the world at large.” 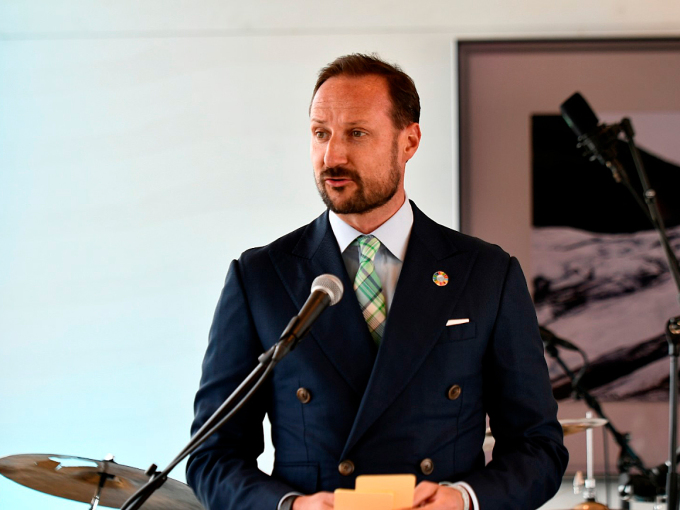 The Crown Prince also helped to place a time capsule in a glass case under the floor. The time capsule contains greetings from a variety of people invited to share their hopes for the future. The plan is to recover the capsule after 50 years and read the enclosed messages.

After the formal opening, the Crown Prince Haakon was given a tour of the exhibit and had a chance to meet and talk with a group of the islands’ bird tenders. For generations their families have lived on these remote islands, fashioning shelters for the eider ducks and protecting them and their eggs from harm. In return the islanders collect the prized down left behind after the nesting season and use it to make exclusive down duvets.

The bird tenders continue to use traditional practices when caring for the eider ducks. The Crown Prince watched as they demonstrated their craft of manually cleaning the down with a down harp. 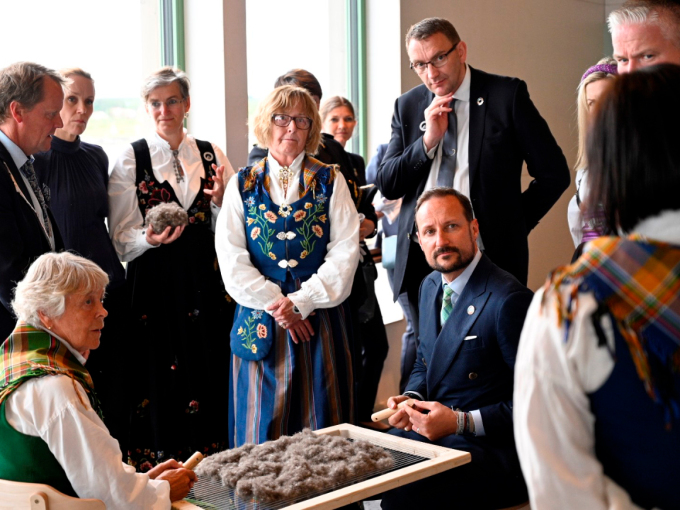 Crown Prince Haakon was told of the bird tenders and how to clean the eider down with a down harp. Photo: Simon Aldra, Brønnøysunds Avis

The Vega archipelago also offers fantastic natural surroundings. Crown Prince Haakon was taken to Sundsvoll where a new via ferrata (protected climbing route) was opened on 8 June and the Vegatrappa trail can be seen winding up the mountainside to Ravnfloget peak. The party enjoyed the impressive view of Søla island and other parts of the World Heritage area. 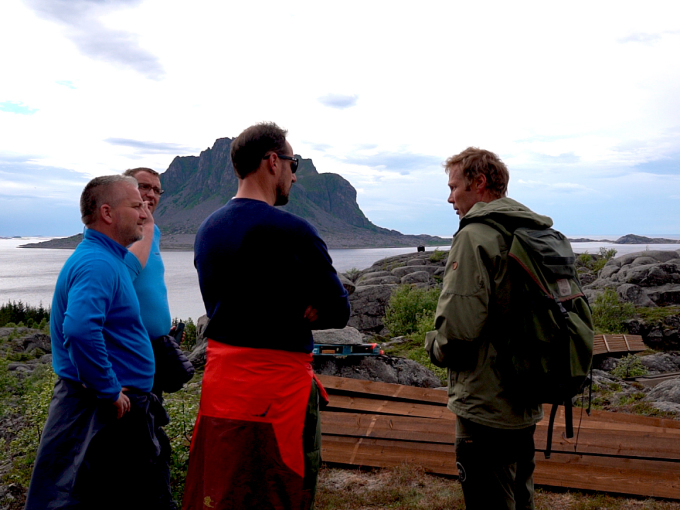 The new via ferrata and Vegatrappa provide a stunning view of parts of the World Heritage area. Photo: Simen Løvberg Sund, The Royal Court