On Saturday, 31 August, Her Royal Highness Princess Ingrid Alexandra will be confirmed in the Palace Chapel. Norway’s young princess is growing up. 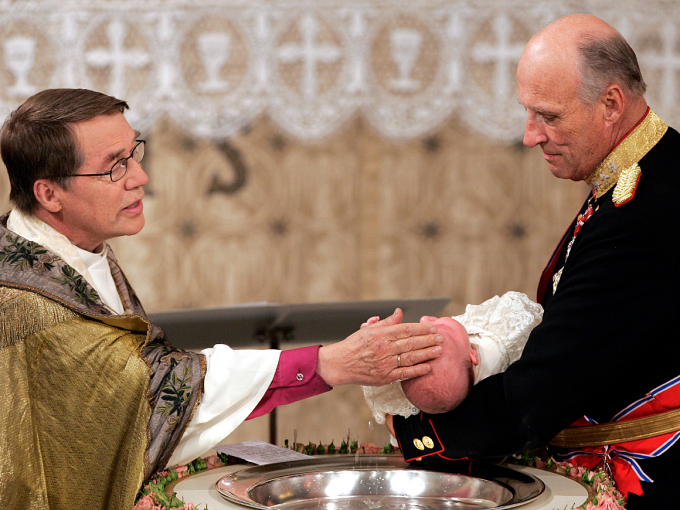 View the photo album of the Princess’s christening.

The Princess began attending a day-care centre in Asker in January 2006, and in autumn 2010 she started as a pupil at Jansløkka elementary school. From autumn 2014 until spring 2019 Princess Ingrid Alexandra attended Oslo International School at Bekkestua, and she is currently attending Uranienborg school in Oslo. 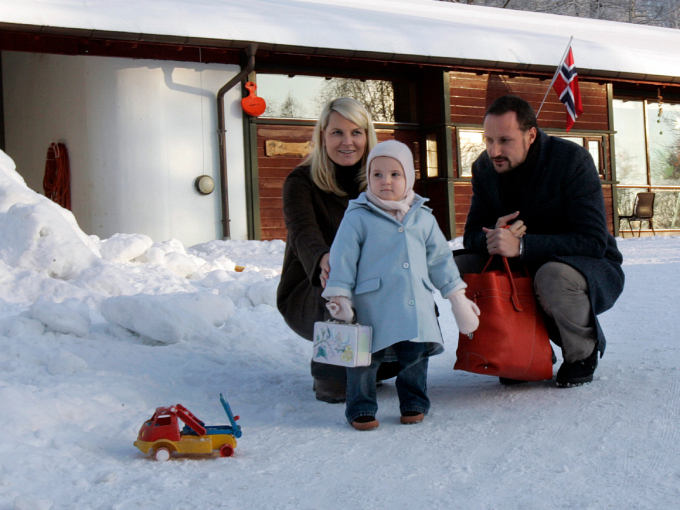 In 1906, King Haakon and Queen Maud established the tradition of greeting the annual Constitution Day children’s parade from the Palace Balcony. Princess Ingrid Alexandra is the fifth generation to watch the parade from the balcony and was on hand for her very first 17 May. 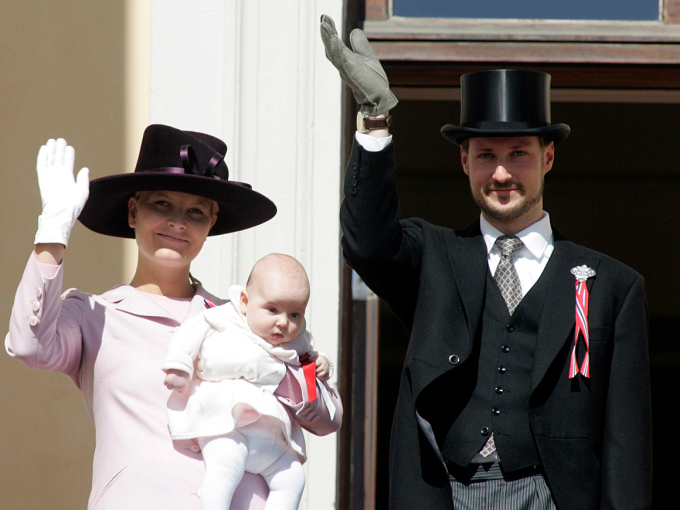 Early start for the Princess: On the balcony for her first 17 May celebration in 2004. Photo: Gunnar Lier, Scanpix.

The presence of the Royal Family in the stands at Holmenkollen Ski Jump Arena is another tradition that dates back to 1906. The Princess has been part of this tradition as well, with her first appearance in the royal grandstand at just under two months of age.

Princess Ingrid Alexandra is very interested in environmental protection, and this was the subject of her first official engagement outside of participation in May 17 and Holmenkollen Ski Jumping Festival. Together with the Crown Prince, she met a children’s parade in the Palace Square when more than a thousand young “environmental agents” marked World Environment Day in 2009. 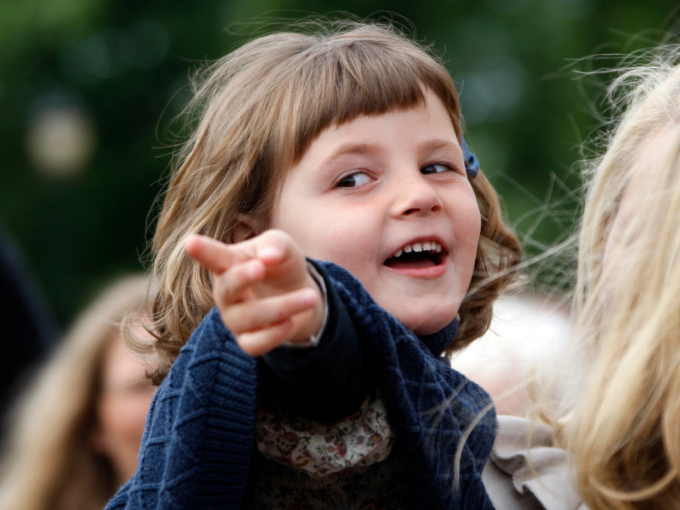 The Princess met members of the Norwegian Eco-Agents organisation (known as Miljøagentene in Norway) in the Palace Square in June 2009. Photo: Lise Åserud, NTB scanpix

The Princess has since met with members of the organisation on several occasions, including the opening of the new Miljøhuset centre for environmental organisations in Oslo in 2013. 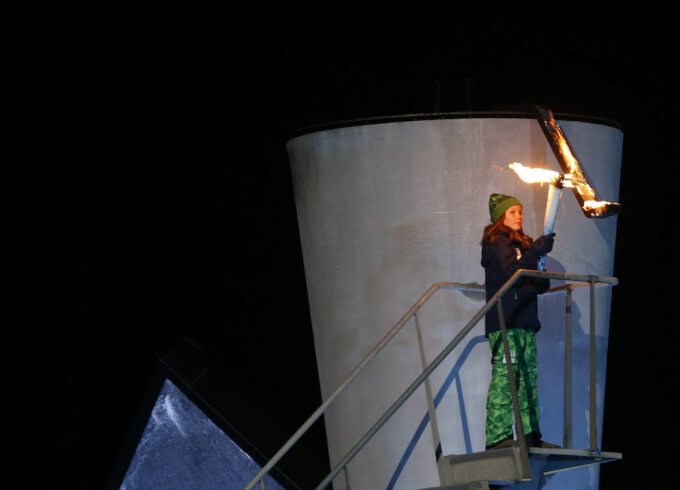 When Norway’s newest research vessel was to be christened, it was the Princess who had the honour of becoming ship’s godmother. The RV Kronprins Haakon will help to provide new insight into the impacts of climate change on the oceans and marine life.

“I am very interested in the ocean and climate change. That is one of the primary reasons why I wanted to christen the ship,” Princess Ingrid Alexandra told NRK, the Norwegian Broadcasting Corporation, after the ceremony. 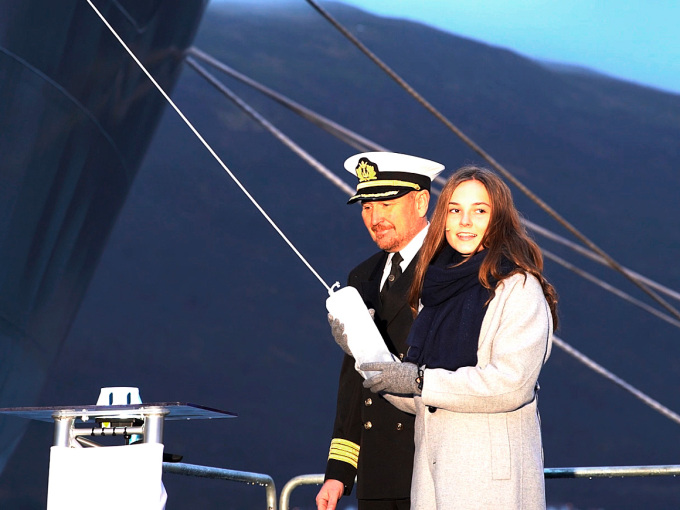 In summer 2016, the Princess Ingrid Alexandra Sculpture Park opened in the Palace Park, with sculptures made for children – by children. More sculptures are added every year, and The Princess takes active part in choosing the designs from among the contributions from schoolchildren all over the country. 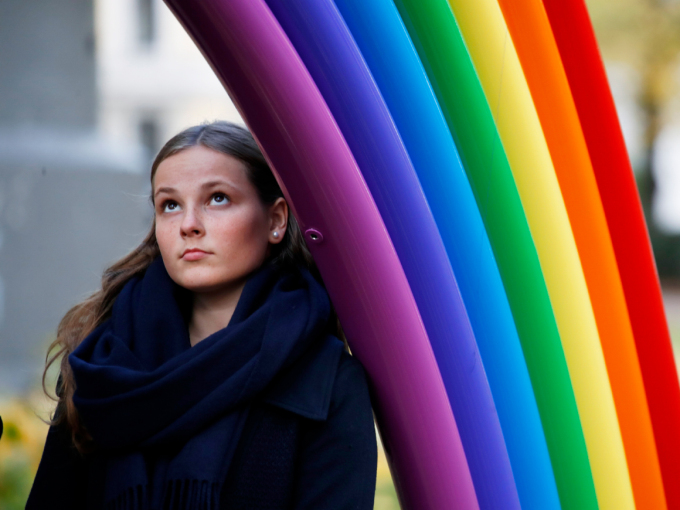 In 2017 two new sculptures were added to the Princess Ingrid Alexandra Sculpture Park. Pictured here is the Princess under “Roggbif”, an acronym of the first letters of the colours of the rainbow (in Norwegian). Photo: Lise Åserud, NTB scanpix.

As the Princess grows older, she will carry out more and more official engagements on behalf of the Royal Family.

The Princess is an active teenager who enjoys skiing and kickboxing. She shares a love of water sports, and especially surfing, with the rest of her family. 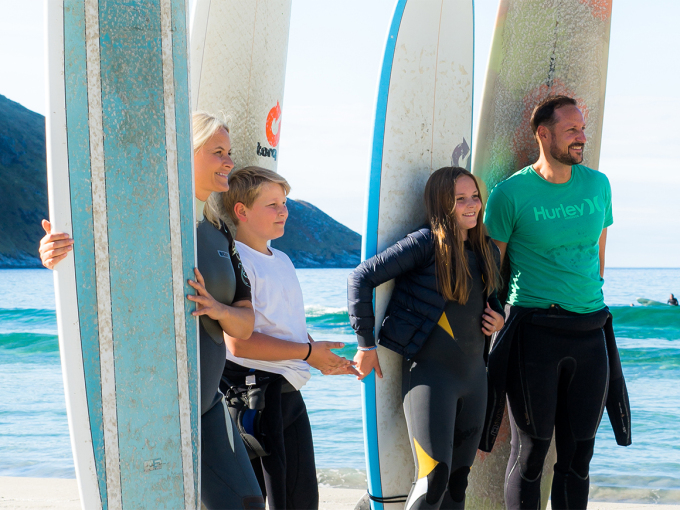 The Crown Prince and Crown Princess and their family surfing at Hoddevik in Stad. Photo: Fjordlapse photography.

On the occasion of Princess Ingrid Alexandra’s confirmation, the Crown Prince and Crown Princess have shared some of their personal photos of their daughter.

You may view the album here.