The funeral service of Ari Mikael Behn was held this afternoon in Oslo Cathedral. Bishop of Oslo Kari Veiteberg officiated at the service in a church filled with family and friends.

The King and Queen, the Crown Prince and Crown Princess with their children, and Princess Astrid Mrs Ferner were among the many who attended the service with Ari Behn’s parents and siblings, Princess Märtha Louise and her daughters with Ari Behn: Maud Angelica, Leah Isadora and Emma Tallulah.

At the request of Ari Behn’s family, Oslo Cathedral was open to all who wished to attend the service.

Some of the people who were closest to Ari Behn delivered warm eulogies today. His parents, his siblings and his eldest daughter, Maud Angelica, shared memories of their son, brother and father. 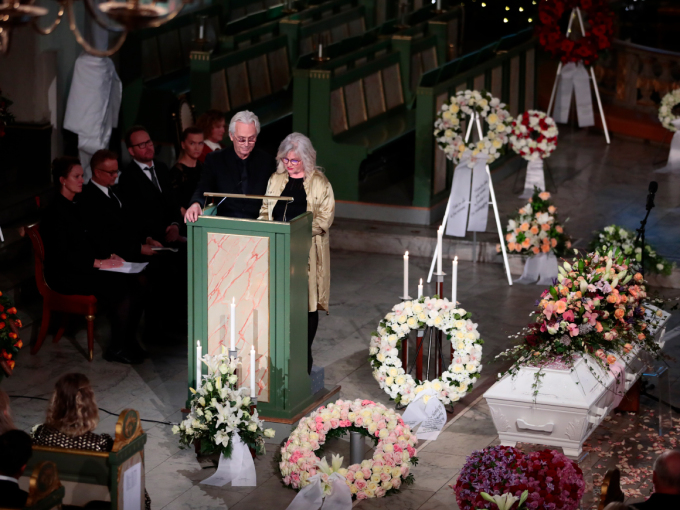 Maud Angelica, referring to a portrait she had drawn of her father as a Christmas gift, described the wonderfully enthusiastic support he had always provided to her and her sisters in everything they did. “You made us feel endless strength and joy,” she said. “You made us feel we could be anything we wanted.... You were always so proud of us. We were also so proud of you.”

The portrait she had drawn was placed on her father’s casket, and was printed in the funeral programme as well.

Maud Angelica also spoke of loss and issued a fervent appeal to everyone experiencing difficulty in their lives: “There is always a way out. Even if it doesn’t feel that way. There are people out there who can and will help. Ask for help. Asking shows strength, not weakness.”

Music during the ceremony was provided by Oslo Cathedral organist Kåre Nordstoga and the Oslo Cathedral Choir. There were also a number of solo performances during the service. Sigvart Dagsland performed “Alt eg såg” (Everything I Saw) and the violinist Mari Samuelsen played Ennio Morricone’s moving “Gabriel’s Oboe”.

Dennis Storhøi read from the First Epistle to the Corinthians: “But the greatest of these is love.” Photo: Håkon Mosvold Larsen / NTB scanpix

The casket was borne out of the cathedral to the strains of Johann Sebastian Bach’s “Passacaglia in C Minor”. The ceremony concluded with Laura Marie Rueslåtten performing Jon Håtun’s “Arie for Ari” (Aria for Ari) on the cathedral chimes. 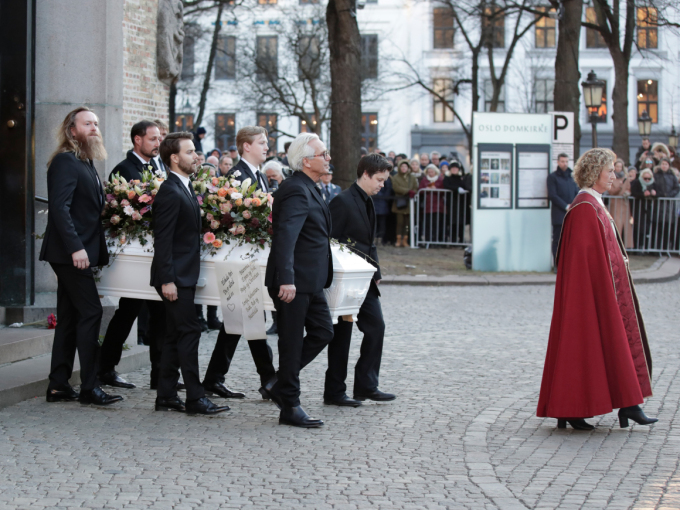 Ari Behn took his own life on Christmas Day. As the news of his death spread, many people expressed their condolences with candles, flowers and messages of farewell. Ari Behn’s closest friends and family members have expressed gratitude for all the warmth and support shown during this difficult time. As His Majesty King Harald said in his speech to the Norwegian people on New Year’s Eve:

“It has been heart-warming to experience people’s sympathy and the candles burning in the Palace Square. There is solace to be found in all the good memories and caring words that have been said about the father of three of our beloved grandchildren.

Sometimes life is too hard to bear. For some individuals, nothing helps to alleviate the darkness, not even their love for those who are closest to them. Some see no other solution than to leave this life. Those who are left behind must live on – all the poorer without the person they loved.

We know so little about what is to come. We are all vulnerable in the face of this uncertainty. The best thing we can do is to be there for each other, see each other, remember to speak to each other with kindness. And to sustain each other whenever it is needed.” 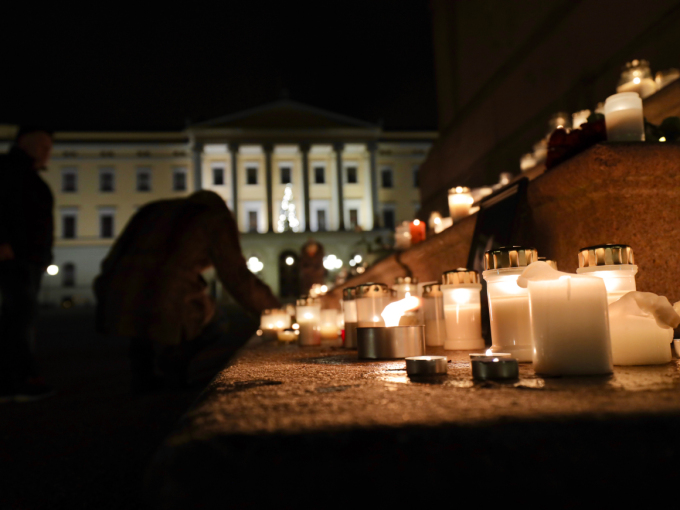 Many have lit candles in memory of Ari Behn in the Palace Square. Photo: Ørn E. Borgen / NTB scanpix

Mental health organisations and others that assist people at times of personal crisis say that in the days since Ari Behn’s death they have experienced a surge in the number of people seeking someone to talk with.