More than 850 children from schools in Oslo city centre helped to move 6 000 books from the former main library at Hammersborg to the new Deichman Bjørvika library today. Her Royal Highness The Crown Princess was present to welcome the children at Bjørvika.

On 28 March the doors of the new Deichman Bjørvika library will open to the public. The process of transferring books has begun, and a willing army of schoolchildren from grades two to five from Ila, Bolteløkka, St. Sunniva and Møllergata schools carried books from the old library’s children’s section to the new library at Bjørvika.

Toting colourful backpacks filled with books, the children marched from the old Deichman main library at Hammersborg and through Oslo city centre before arriving at the new Deichman Bjørvika public library – situated directly between Oslo Central Station and the Opera House.

Waiting outside the new library to welcome the eager workers was Crown Princess Mette-Marit, the Royal patron of the Norwegian Library Association. The Crown Princess has actively promoted literature and the joy of reading for many years, not least through her five literary train tours through Norway and the corresponding train tour to the Frankfurt Book Fair in Germany. 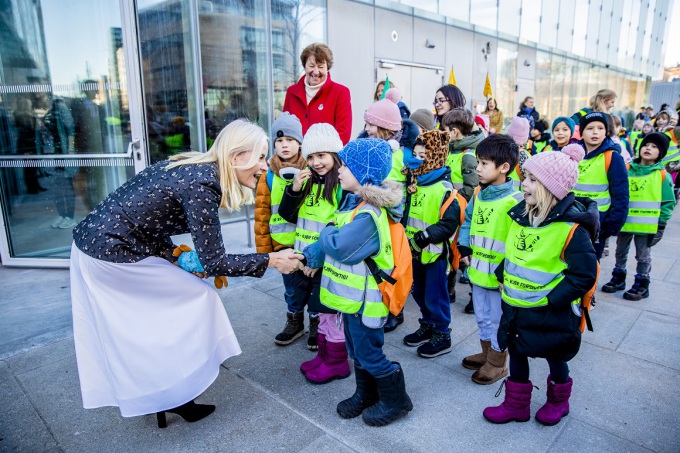 Inside on the ground floor, the Crown Princess helped the children place their books on shelves.

The Crown Princess spoke to the children about her great interest in books over many years:

“When I was little, I used to go to the library with my mother back home in Kristiansand every Saturday. That was one of my favourite things to do! I’ll never forget how happy I was when I got my own library card. It opened up a whole new world to me, a world where I could decide for myself what would happen.”

Merete Lie, Head of the Deichman Main Library in Oslo, and Marianne Borgen, Mayor of Oslo, also shared their love of reading with the children.

To conclude the event, the children danced with Selma Ibrahim, a popular host of the Norwegian Broadcasting Corporation (NRK) children’s TV channel. 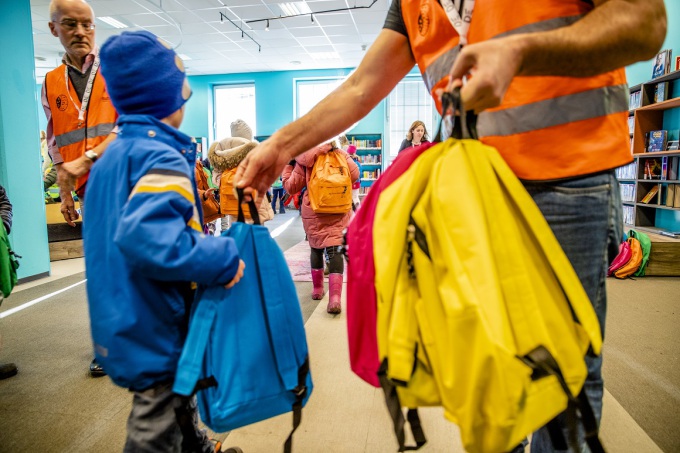 Deichman Bjørvika will be the new main public library for all of Oslo and will house 450 000 books. The library building contains six floors of literature, reading and study stations, stages, a cinema and workshops designed for use by young and old alike. The library opens to the public on 28 March 2020 at 13:00.