This afternoon, His Royal Highness The Crown Prince Regent laid a wreath on behalf of Norway at Yad Vashem, the Holocaust memorial in Jerusalem. Monday marks the 75th anniversary of the liberation of Auschwitz.

On 27 January 1945, Auschwitz Concentration Camp in occupied Poland was liberated by Red Army soldiers. Today, the liberation of the concentration camp was commemorated at a formal ceremony in Jerusalem.

After speeches by the Israeli President, His Excellency Mr Reuven Rivlin, and a number of other heads of state and leaders, the ceremony was opened with the lighting of a torch by Holocaust survivors Rose Moskowitz and Colette Avital in memory all who perished. 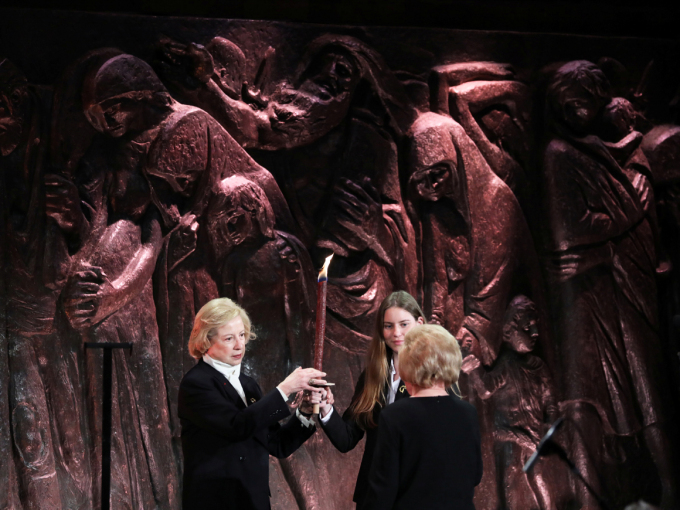 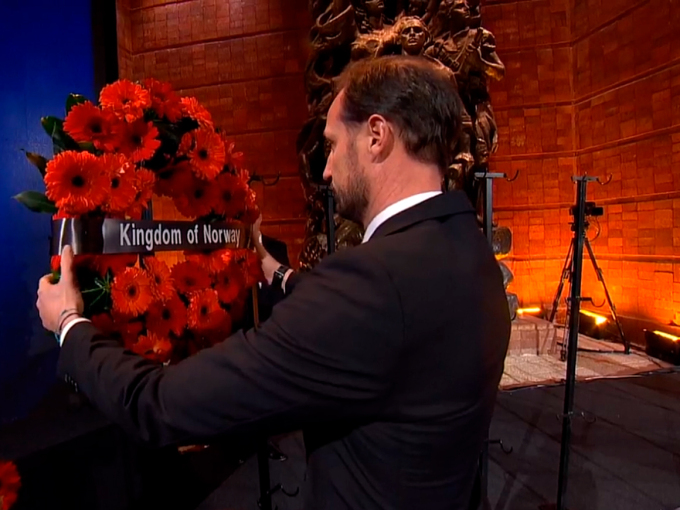 The ceremony concluded with the recitation of the memorial prayer, “El Maleh Rachamim”, and the mourner’s prayer, the “Kaddish”, followed by Israel's national anthem.

The ceremony from Yad Vashem was streamed directly

More than a million died

It is difficult to calculate precisely, but there is wide agreement that at least 1.1 million people were murdered at Auschwitz-Birkenau. The vast majority of the victims were Jews. A large number of Poles, ethnic minorities, homosexuals and political dissidents were also killed there. Almost all of the Norwegian prisoners at Auschwitz were Jews. Only 25 of 772 Norwegians survived.

A staggering six million Jews were murdered in the Holocaust.

The day of liberation, 27 January, has been designated as International Holocaust Remembrance Day. This year a special memorial ceremony will be held at Auschwitz to mark the 75th anniversary of the liberation. Crown Prince Haakon will also take part in the ceremony in Poland on Monday. 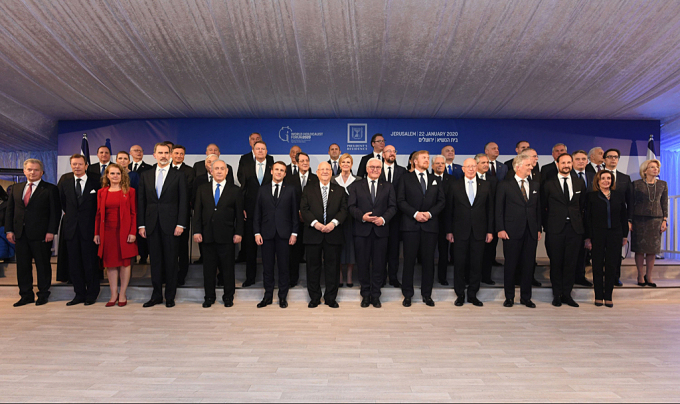 Many national leaders gathered in Jerusalem to commemorate the liberation of Auschwitz. Photo: Kobi Gideon / GPO