75 years since the liberation of Auschwitz

Seventy-five years have passed since the liberation of Auschwitz-Birkenau Concentration Camp. His Royal Highness The Crown Prince and Prime Minister Erna Solberg represented Norway during the ceremony in Poland yesterday evening.

On 27 January 1945 Soviet troops reached the gates of the Auschwitz Concentration Camp west of Krakow. Inside what has come to be known as the Gate of Death, the Red Army found 7,000 emaciated prisoners. The liberation of Auschwitz marked the end of the Nazi genocide, and the date is commemorated each year as International Holocaust Remembrance Day.

Along with national leaders from more than 50 countries, 200 survivors attended the memorial ceremony outside the concentration camp gates. From Norway these included Edith Notowicz, Maria Gabrielsen and Chana Arberman. 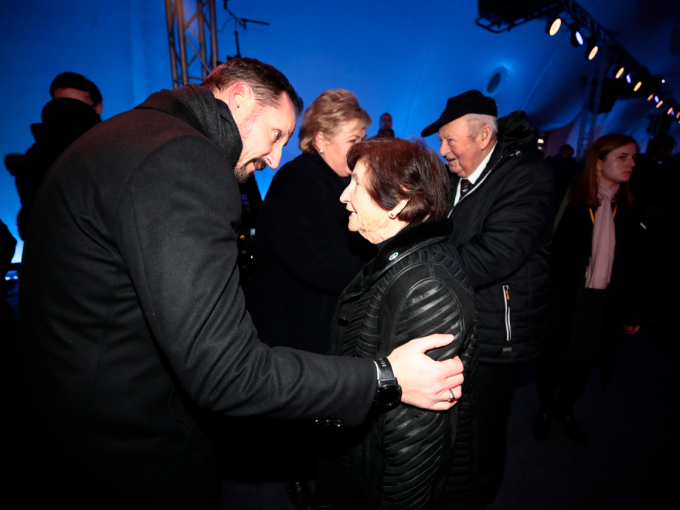 The ceremony was opened by Polish President Andrzej Duda, who promised on behalf of the Polish people to preserve the knowledge and monuments that tell the story of what took place in the concentration camps. A number of camp survivors spoke during the commemoration, all of them delivering a powerful message and calling on the world never to forget.

After the ceremony outside the gates, the national leaders walked along the railroad tracks into the concentration camp, where Crown Prince Haakon and Prime Minister Solberg lit candles at the Norwegian segment of the memorial monument – place number 15. 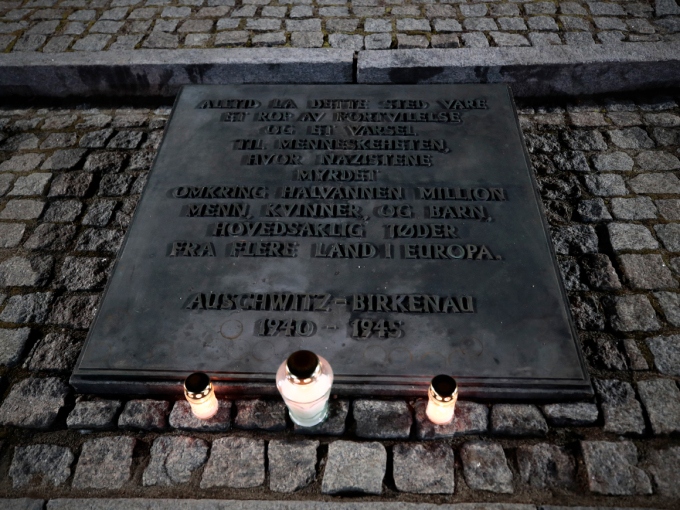 Later in the day, the Crown Prince and the Prime Minister spoke at some length with the Norwegian survivors.

Auschwitz is the general term for three large and numerous smaller camps in the area, with Auschwitz-Birkenau serving as an extermination camp. It is estimated that between 1.2 million and 1.6 million people died at Auschwitz. The vast majority of these were Jewish. People of Romani descent, homosexuals, prisoners of war and political dissidents died in the camps as well. 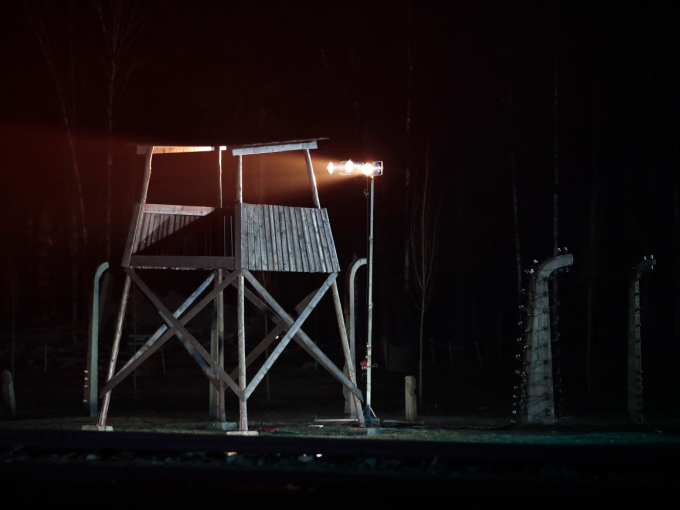 Norwegian Jews were also among those sent to the death camps at Auschwitz. On 26 November 1942, the SS Donau sailed from Akershus Quay in Oslo with 532 Norwegian Jews on board destined for Stettin – and Auschwitz. Altogether, 772 Jews were sent from Norway to the Nazi concentration camps. Only 34 of them survived.

Each year, a commemoration ceremony marking International Holocaust Remembrance Day is held at Akershus Quay, where a monument honouring those who were deported has been erected.