75 years since the liberation of Norway

“75 years have passed since one of the happiest days in the history of our country: We could finally rejoice that we had regained our freedom after five gruelling years of war,” said His Majesty The King in his speech at Akershus Fortress today.

King Harald arrived at the Fortress Square together with Her Majesty The Queen and Their Royal Highnesses The Crown Prince and Crown Princess. 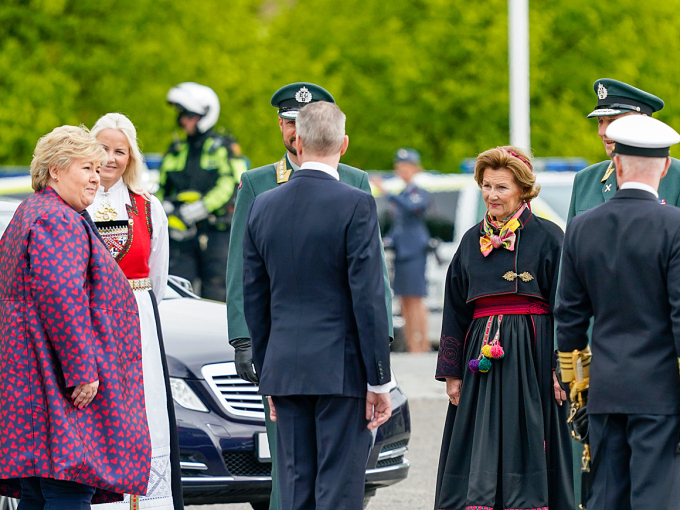 The King began his speech with a reference to Carl Johan Oftedahl, of Stavanger, who in the winter of 1941 was imprisoned by the Germans at Akershus Fortress. The Nazis had sentenced Dr Oftedahl and several other Norwegians to be executed for their roles in the resistance movement.

“On the last night of his life, he wanted to convey a final, important message to all Norwegians: ‘Speak to our countrymen and tell them they must build Norway on love.’ This message still rings true today. 75 years have passed since one of the happiest days in the history of our country: We could finally rejoice that we had regained our freedom after five gruelling years of war,” said King Harald.

Honoured those who contributed

The King laid a wreath at the national monument erected to commemorate the victims of war 1940–45. The monument was designed by artist Gunnar Janson and unveiled in 1970. 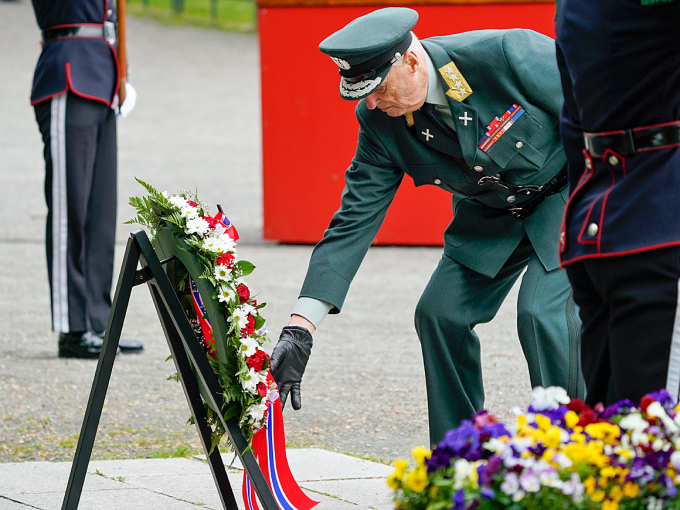 In his speech, King Harald gave thanks to all those who helped in so many different ways to bring an end to the war together with our allies 75 years ago:

“You, together with the many who are no longer with us, will live forever in the grateful collective memory of our country.”

VE Day was originally planned to be widely celebrated across the country, but the commemoration activities were scaled down due to the coronavirus pandemic.

“At a time when our freedom has been constrained, a time that poses difficulties to many, we must also remember to support one another. For once again we are reminded of how dependent we are on our small and larger circles. We must seek to bring out the best in each other – so that each of us can contribute in his or her own way to strengthening our country for the future. We must follow the words of the resistance fighter Carl Johan Oftedahl: We must continue to build Norway on love,” said the King in concluding his speech. 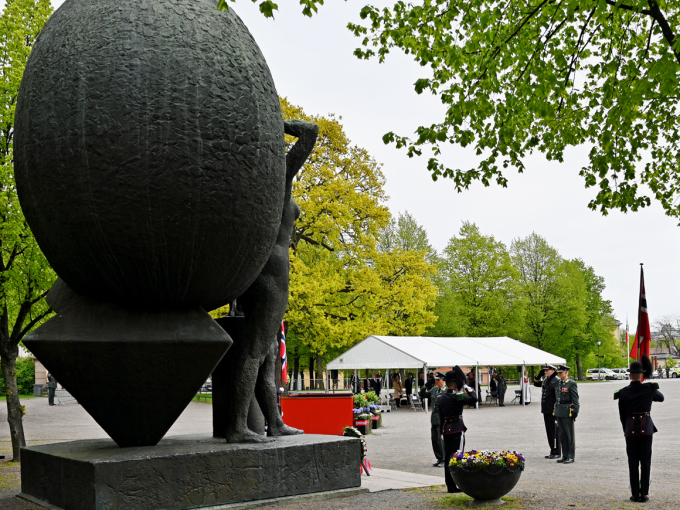 Prime Minister Erna Solberg also spoke in connection with the 8 May celebration of both liberation and National Veterans’ Day, while the speech on behalf of the soldiers was given by Lieutenant Camilla Brevik Hågensen.

“Today we fly the Norwegian flag across the entire country, just as we did on this day 75 years ago. Peace and freedom have not come without a price, and we must never forget this important part of our history,” said the prime minister.