Leading the quest for a vaccine

The global vaccine alliance CEPI hopes a COVID-19 vaccine can be ready by the end of this year. The Crown Prince and Crown Princess met online today with two individuals spearheading the effort to develop vaccines, medicines and tests.

Special Adviser Tore Godal and Frederik Kristensen, Deputy CEO of the Coalition for Epidemic Preparedness Innovations (CEPI), are coordinating the crucial task of developing vaccines for the COVID-19 virus.

"Norway has played a key role as an international driving force in encouraging other countries to pitch in as well," said Dr Kristensen from CEPI headquarters in Oslo.

He is referring to the digital donor conference led by the EU and co-chaired by Norway and Prime Minister Erna Solberg three days ago. Thirty-two heads of state participated in the conference, pledging a total of NOK 83 billion towards development of tests, medicines and vaccines for coronavirus disease. 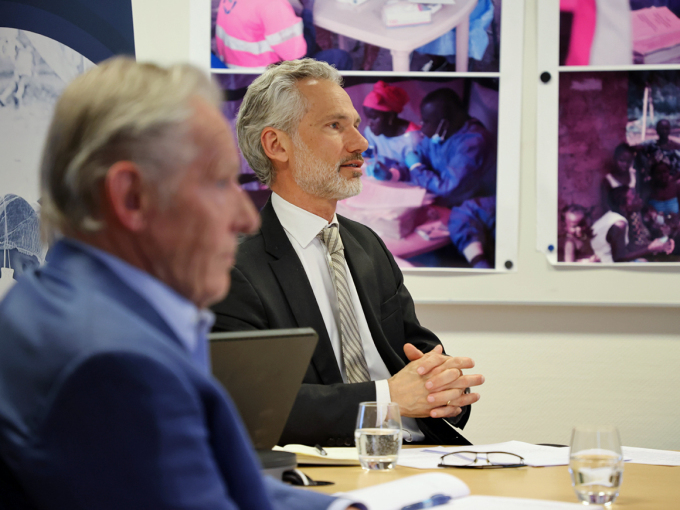 The outbreak of coronavirus disease has evolved into a humanitarian and economic crisis.

When asked by Her Royal Highness The Crown Princess for his analysis of the situation, Tore Godal pointed to a September 2019 survey concluding that the world was poorly prepared to cope with a pandemic. 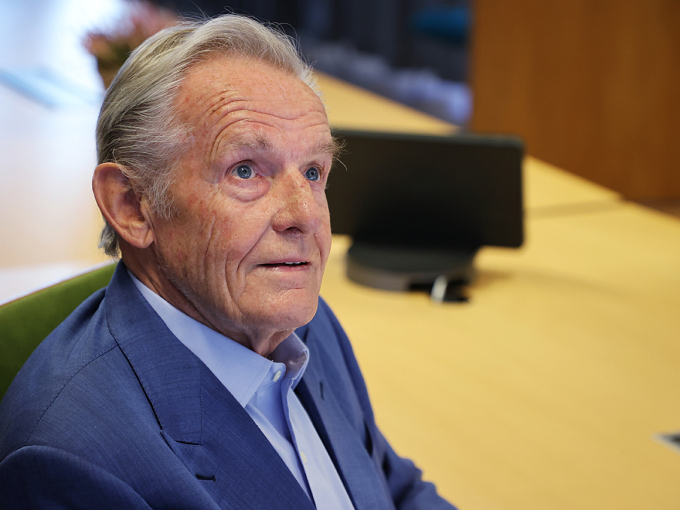 Tore Godal is a Special Adviser working with CEPI. In 2019 he was awarded the King’s Medal of Merit for his lifelong work in global health and vaccination. Photo: Ørn E. Borgen, NTB scanpix.

According to CEPI, the way out of the pandemic is the rapid development and distribution of vaccines in cooperation with the World Health Organization (WHO), global health authorities and partners.

Of the nine vaccines invested in so far, three – developed by Moderna, Inovio and the University of Oxford, respectively – are already in Phase Two trials, the doctors explained.

It takes 12 to 18 months to develop a vaccine, so the most optimistic estimate from CEPI is that a COVID-19 vaccine could be ready by the end of this year.

Launched in 2017, CEPI is a Norwegian association targeted towards developing and implementing new vaccines to prevent future epidemics.

CEPI was established in response to the Ebola outbreak in West Africa. Some 11 000 people died, and the economic and social costs were estimated to be more than USD 53 billion.

The global response to the Ebola crisis was poor. A vaccine that had been in development for over 10 years was not employed until more than a year after the epidemic’s outbreak. The vaccine proved to be virtually 100 per cent effective. 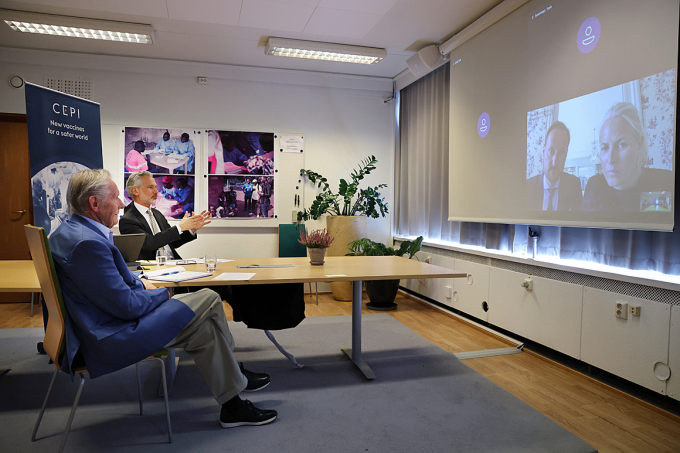 CEPI’s ongoing efforts to combat the Ebola virus include working to limit the current outbreak in the Democratic Republic of the Congo. A new vaccine is undergoing trials.

In concluding the video meeting, the Crown Prince and Crown Princess thanked the CEPI staff for their important work to promote and accelerate development of vaccines against new infectious diseases.