Today marks 75 years since the day King Haakon returned home after World War II. Hundreds of thousands of Norwegians welcomed the King and the family of the Crown Prince as they came ashore.

After five years in exile, the entire Royal Family was finally back in Norway. King Haakon and Crown Prince Olav had been in England with the Norwegian government-in-exile, while Crown Princess Märtha and the children had been in the United States.

On 7 June 1945, King Haakon returned to Norway with the Crown Prince’s family after five long years of war. Photo: NRK filmavisen (in Norwegian).
Crown Prince Olav, as Norway’s Chief of Defence, had been back in Norway since 13 May.

The HMS Norfolk set out from Edinburgh on 5 June carrying King Haakon, Crown Princess Märtha and the children of Märtha and Olav. 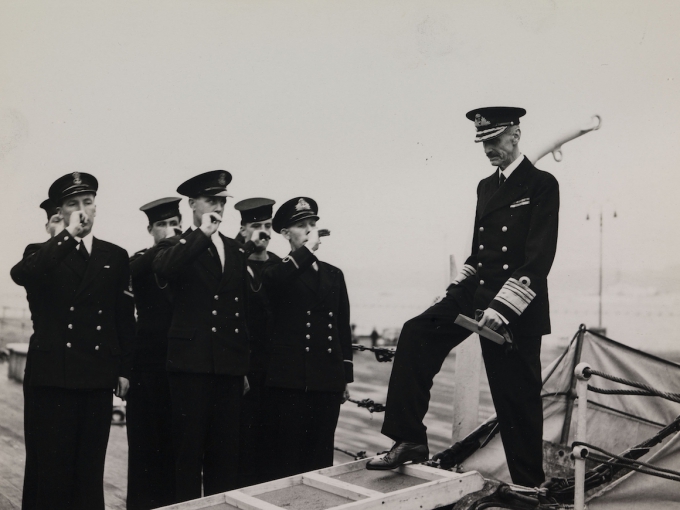 On the morning of 7 June the ship reached the Norwegian coast, and as it sailed into the Oslo fjord, Crown Prince Olav joined his family on board.

“That meeting with my father is the strongest memory I have of 7 June 1945,’ said Princess Astrid, Mrs Ferner.

“The weather was bad, so we could not see land, but I remember all the small boats that met us far out in the Oslo fjord. It was our first contact with ‘Norway’. All the boats were decorated with foliage and Norwegian flags. As we sailed closer to Oslo, more and more boats appeared. By the end there were so many boats we could practically walk to shore without getting our feet wet.” 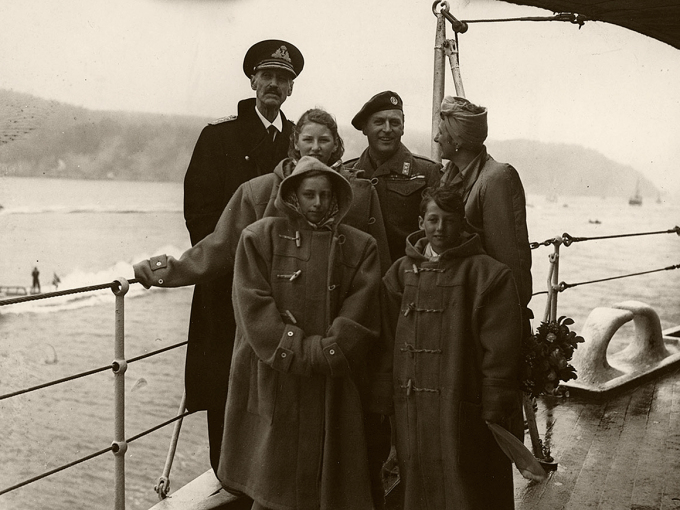 HSE Norfolk in the Oslo fjord, returning home to a free Norway. It was a cold, cloudy day, and the children borrowed warm clothes from the crew. Photo: Royal Navy/The Royal Collections.

“Grandfather was anxious and wondered what the homecoming would be like. How would the people receive him? His refusal to accept German demands in 1940 had led to a great many Norwegians deaths during the war. He was deeply moved by the warm welcome of all the people.”

Princess Astrid has a clear memory of the exuberant jubilation that greeted the Royal Family upon arrival at the quay of honour on Oslo’s waterfront. “It was overwhelming,” she said. 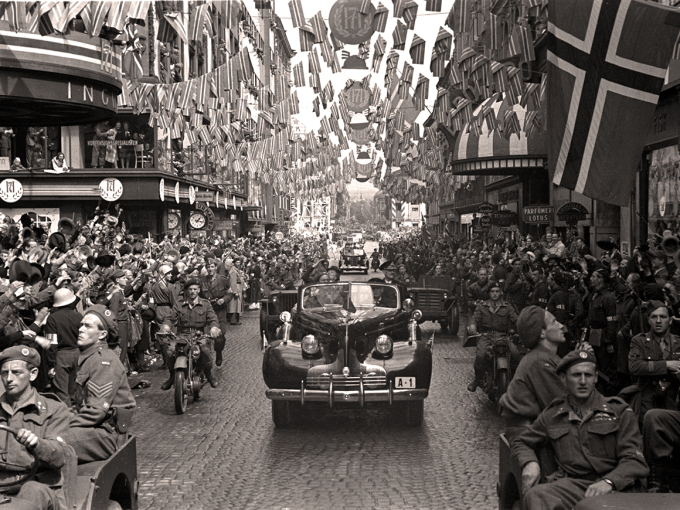 “When we drove up to the Palace, it was heart-warming to see the Royal Court staff members, who had been there when we left, standing in the open windows of the Palace to welcome us home. All of our friends, whom we hadn't seen in five long years, were also standing there. They had been brought to the Palace to greet us, and that was very emotional,” said the Princess.

The date of the homecoming, 7 June, was not chosen at random. It marked five years to the day since the King and the Crown Prince had been forced to leave Norway for England on the British cruiser Devonshire.

“The day we decided we had to leave the country was a grim and sombre day,” King Haakon told the crowd in Oslo’s City Hall Square. “We understood that if we remained here, we would be captured and, as prisoners, would no longer represent a free Norway. It was on that basis that we deemed it necessary to continue the struggle for Norway’s freedom abroad.” 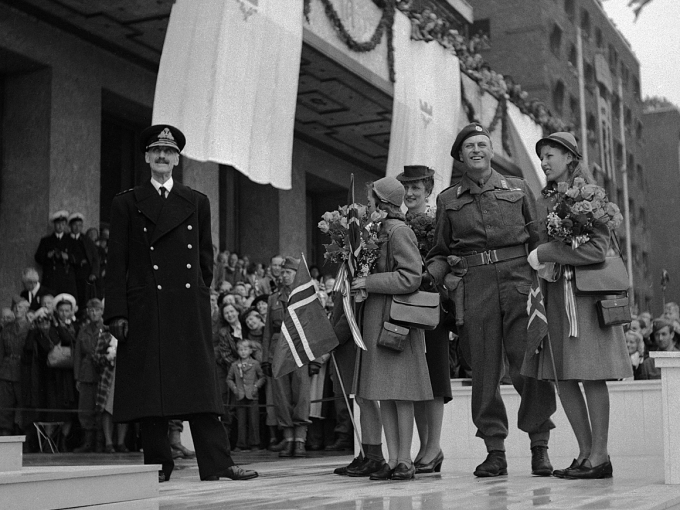 On the same date, but in 1905, the Storting had passed a resolution dissolving Norway’s union with Sweden ­– the resolution that made Norway a fully independent nation and led to King Haakon’s ascension to the throne.

“That we should return on the anniversary of the day when Norwegians regained their freedom and independence is for me a sign that we shall succeed in carrying out our future tasks to the benefit of our country,” King Haakon said.

“But in this time of rejoicing, we must not forget that we have a great and difficult task ahead of us to achieve what we wish to build here in our land: a free and benevolent society for the good people of Norway.”

With that, the King led the people in a sequence of cheers for Norway.

Condolences from His Majesty King Harald to His Excellency Mr Joko Widodo, President of the Republic of Indonesia.