Eighty percent of the world’s traded goods move by sea. Today, His Royal Highness Crown Prince Haakon met four Norwegian seafarers aboard ships around the world. “Thank you for everything you do to keep society and your vessels operating,” he said.

Harald Solberg, Chief Executive Officer of the Norwegian Shipowners’ Association, opened the meeting by explaining the crucial role of shipping in providing the things we all need in everyday life and meeting the needs of industry and offshore energy production.

“Fortunately for all of us, the ships have kept sailing throughout the pandemic. For many of us, life has been transformed and we now work from home. Seafarers cannot do their jobs from home – they are needed on the vessels,” Mr Solberg said.

The Norwegian merchant fleet is the world’s fourth largest by value – and Norwegian shipowners operate about 1 800 ships and rigs worldwide.

Captain Kjell Arne Hevrøy participated in the meeting from the chemical tanker Bow Excellence in the Atlantic Ocean, four days out from port in South Carolina in the United States.

“We are happy to be working, even though we have too much to do. There are lots of people who have lost their jobs these days,” said Captain Hevrøy, who explained how crew members keep their spirits up when unable go ashore during their service period at sea – which in his case is five months. Musical instruments have been purchased, there is good food and internet speeds have become faster. 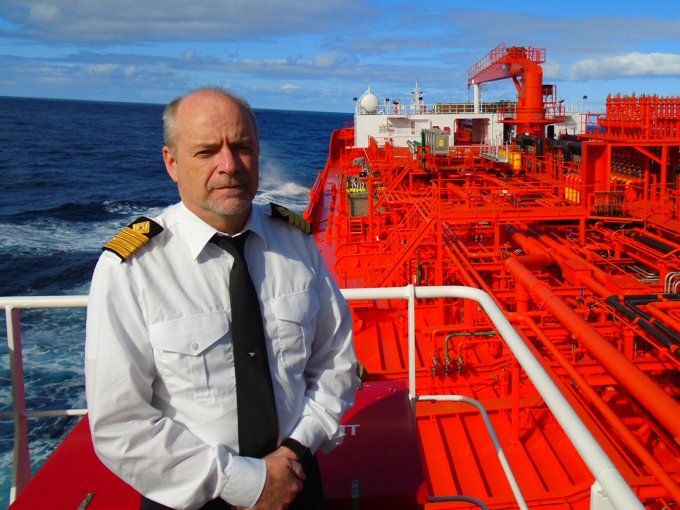 Kjell Arne Hevrøy of Bergen has sailed as a captain since December 1998. Photo: Odfjell

Many seafarers have worked long periods at a stretch during the pandemic, and have also undergone multiple quarantine intervals to comply with infection control measures and travel restrictions. Disembarkation bans and crew replacement difficulties were recurring themes in the conversation.

Chief crew representative Kim Lekva Velve of Solstad Offshore, deck cadet Seline Henriksen on the Havila Subsea and chief engineer Per Rydheim aboard Hurtigruten Nordkapp described life at sea and the extra challenges they face during the pandemic. 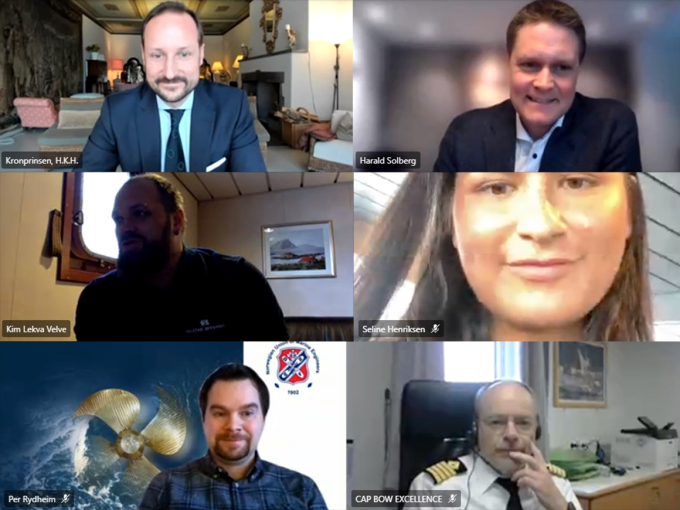 During his digital voyage Crown Prince Haakon also met with representatives of seafarers’ organisations and the shipping industry.

Early in the pandemic, the Norwegian authorities identified shipping as an essential service. In their conversation with The Crown Prince Regent, Hans Sande of the Norwegian Maritime Officers’ Association, Jonny Hansen of the Norwegian Seafarers’ Union and Hege Merethe Bengtson of the Norwegian Union of Marine Engineers described Norway’s approach to the pandemic at sea as uniquely effective, with a broad cross section of the workforce contributing to the success. The organisations represent 20 000, 10 000 and 6 000 members respectively.

Representatives of Maritimt Hus and the shipping companies GC Rieber and Odfjell SE also took part in the meeting.

“I am both happy and proud that Norway is our ships’ flag state,” said Harald Fotland, Chief Operating Officer of Odfjell SE, who thanked the Norwegian authorities for their ongoing cooperation and for bringing up challenges facing the industry in global forums.

In December, UN member states backed a resolution calling on all countries to comply with the International Maritime Organization’s protocols for safe crew changes and to designate seafarers as key workers.