Welcome to “An Audience with Art”

Today Her Majesty The Queen opened the new exhibition "An Audience with Art. The National Museum at the Queen Sonja Art Stable". The opening took place on a digital platform, where the exhibit will be available until it can be viewed in person.

The exhibition includes some of the National Museum’s best-known works, and offers pictorial art, sculpture and applied art. The display includes ancient sculptures and modern design. There are happy reunions with famous works that have not been seen for some time, as well as works that will be unfamiliar to many people – often in new constellations.

In Norwegian: Queen Sonja opens “An Audience with Art”, and the Queen herself is responsible for the online opening. The Queen also shows several of the works while discussing them with the Director of the National Museum, Karin Hindsbo. Photo: The Royal Court / National Museum

The opening today took place on a digital platform. For the time being, the exhibition will only be available online in the form of a special 3D presentation that provides a sample of what viewers can look forward to. The plan is for the doors of the Queen Sonja Art Stable to be opened for in-person viewing as soon as infection control measures are relaxed to allow this.

We have a deep need to see the artworks that we love, and that we have missed so much!

"We have a deep need to see the artworks that we love, and that we have missed so much," the Queen said at the opening. 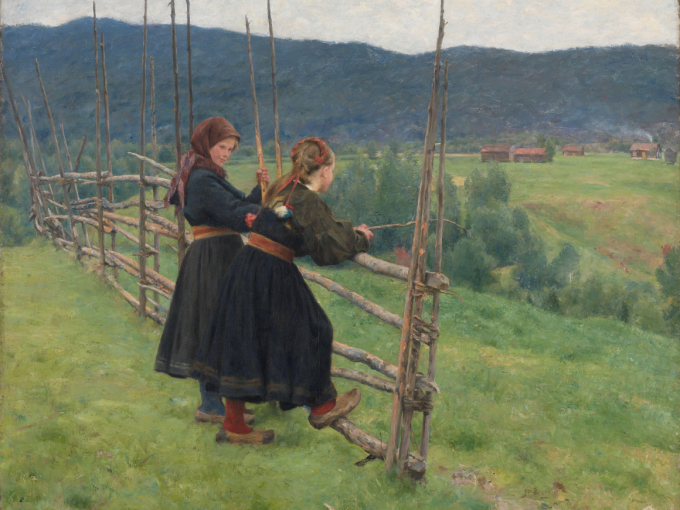 Erik Werenskiold’s “September” is among the works shown at the exhibition. Photo: National Museum / Børre Høstland

While we are waiting for the exhibition to be available physically, viewers can enjoy a digital preview of what they have to look forward to. The National Museum has prepared a 3D presentation that enables viewers to move around in the exhibition:

Visit the exhibition in 3D

"An Audience with Art" has been arranged in close collaboration between the National Museum, Her Majesty Queen Sonja and the Royal Collections.

"The National Museum will open its massive doors at City Hall Square next year. While we are waiting for the big opening celebration, the museum wanted to share the country’s common artistic heritage with everyone – and give us a sample of what we can expect when the museum is completed and ready to welcome the public. To accomplish this the museum looked for partners to collaborate with, and it was not difficult for them to persuade us here at the Royal Palace to take part," the Queen said. 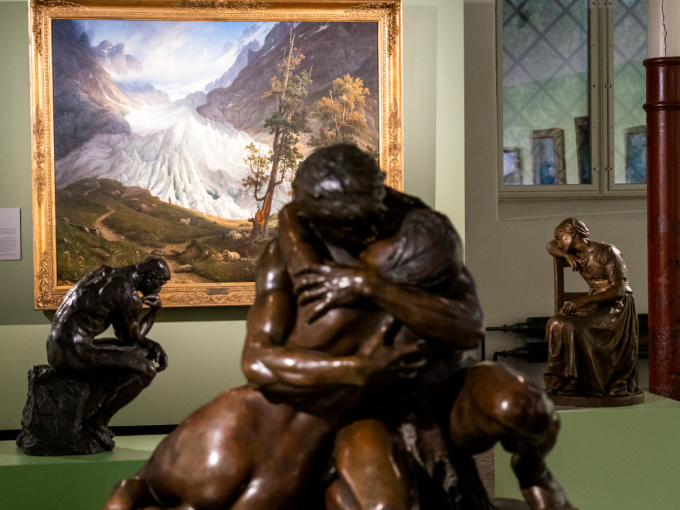 Return to the Royal Palace

For a few of the works, this is not the first time they have been granted an audience at the Royal Palace. Back in 1841 permission was granted to exhibit works of art at the Royal Palace, which was still under construction. The monumental building designed to house the national art collection had not yet been completed.

"The move onto the third floor began on an autumn day 180 years ago. Today that is part of the Royal Apartments, where the King and I have our daily meals," the Queen said.

"A total of 79 paintings, as well as works in plaster, were distributed throughout three rooms – in close proximity to each other. The National Museum, which had the same name then as it does today, remained in the Royal Palace until 1845. The public was very enthusiastic about the new museum, and flocked to see it. The newspaper Morgenbladet wrote in 1943: "We Nordic residents are receptive to what is big and beautiful." 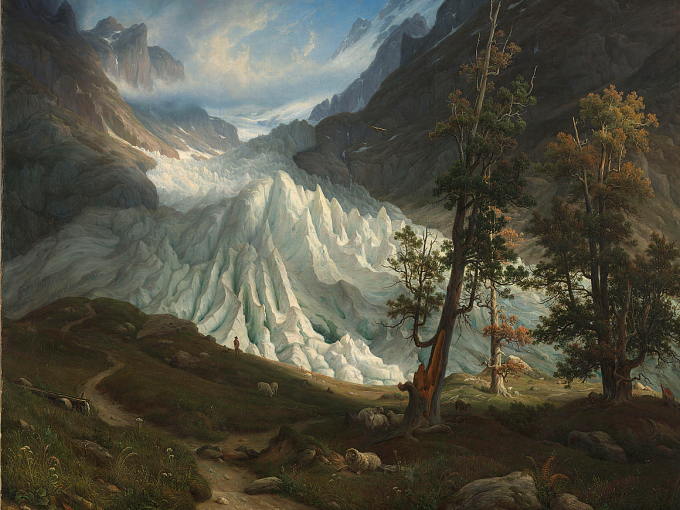 Jan Davidsz. de Heem’s "Stilleben med østers og vinglass" ("Still Life with Oysters and Wine") and Thomas Fearnley’s "Grindelwaldgletscheren" ("The Grindelwald Glacier") are the two paintings that are now back at the Royal Palace.

"We can almost wish them welcome home!"

"An Audience with Art" showed 80 artworks by Norwegian and international artists. Among them were: 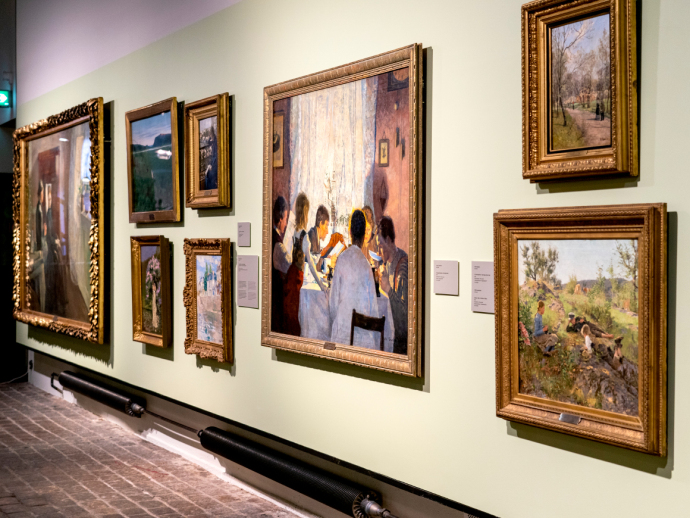