The King and Queen opened the new MUNCH

"I think that I speak for all of us when I say that we have been looking forward to this day! It is finally possible for us to gather together, and soon the great doors will open up a new attraction – not just for our capital city, but for Norway, and for the world," said His Majesty The King.

The opening of the new MUNCH museum is an important occasion for everyone who is interested in art.

"We all share ownership of Edvard Munch," King Harald said in his speech at the official opening of the museum. "People all across the world feel a connection to Munch’s art."

"He belongs to all of us. We can see ourselves in our encounters with his trail-blazing works – our own light and dark sides. He strips away all that is unnecessary, and hones in on the essence of human life: Love and angst. Joy and sorrow. Life and death.”

The ceremony took place outside the museum, on Edvard Munch Square, with Their Majesties The King and Queen and Their Royal Highnesses The Crown Prince and Crown Princess in attendance. King Harald held the opening speech, but gave the honour of cutting the ribbon to Queen Sonja, who is known for her interest in art.

The cutting of the ribbon triggered a sound that launched the performance of a commissioned work by composer Koka Nikoladze. Afterwards church bells from across Oslo and ship’s horns from the fjord sounded together to wish the new museum welcome.

Guided tour of the museum

After the opening ceremony the Royal Family was given a guided tour of the new museum. MUNCH’s director, Stein Olav Henriksen, took them through several of the new exhibitions. Many of Edvard Munch’s best-known works, such as "The Scream" (several versions) and "Madonna", have been given prominent places.

The King and Queen, Crown Prince and Crown Princess with no less than three versions of "Scream". Photo: Sven Gj. Gjeruldsen, the Royal Court 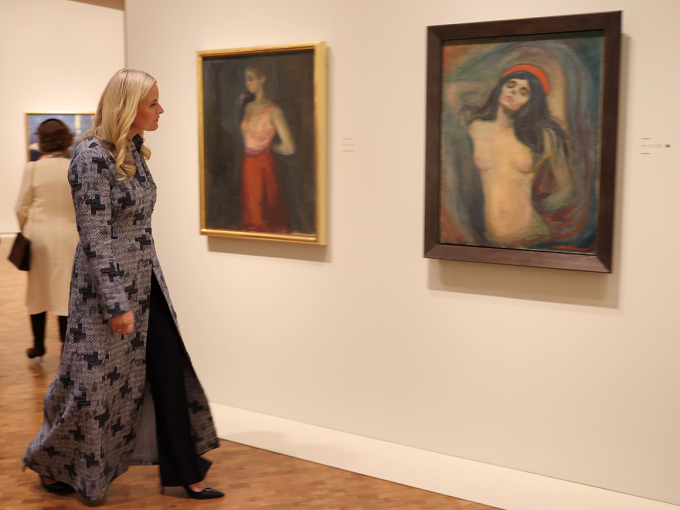 Crown Princess on a tour of MUNCH. Photo: Andreas Fadum

The new museum in Bjørvika is celebrating its official opening with a street party and a wide array of events for the public both outside and inside the building. The celebration will continue until 23.00 this evening, and will feature music from two outdoor stages, digital artworks and some surprises. A large number of free tickets have been distributed for visits to the museum this evening and for the next two days.

The many different-sized exhibition halls ensure that all the artworks are presented optimally. Photo: Beate Oma Dahle / NTB

The new MUNCH offers extraordinary art in a uniquely designed structure. The building  with the distinctive leaning top section has exhibition halls that vary widely in size and ceiling height, ensuring that every exhibition is optimally displayed.

It was Edvard Munch himself who set the stage for the large collection at MUNCH. He bequeathed his remaining artworks and many of his possessions to the City of Oslo, which acquired them upon his death in 1944. 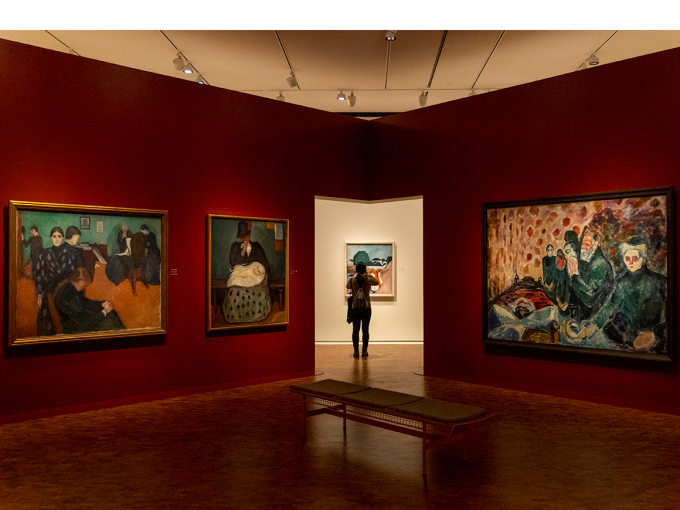 Today the museum’s collection comprises more than 26 000 of Edvard Munch’s artworks, including nearly 1 200 paintings, more than 7000 drawings, over 18 000 prints and 14 sculptures. The museum also has stewardship of Munch’s original photographs, printing plates and lithographic stones, thousands of texts and letters, and nearly 10 000 personal objects. The legacy from Edvard Munch constitutes one of the world’s largest collections dedicated to a single artist.

The original Munch Museum was opened 100 years after Munch’s birth, in Tøyen, close to the Botanical Garden in Oslo. The museum was formally opened by King Olav on 29 May 1963. 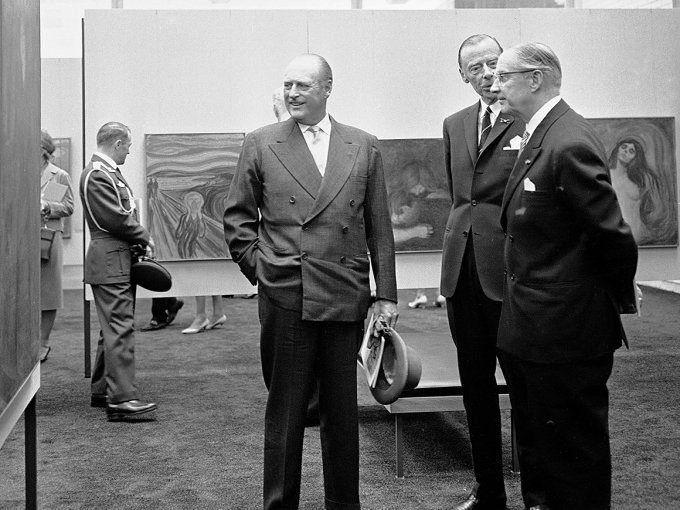 The ‘old’ Munch Museum was formally opened by King Olav in 1963. The King was given a guided tour of the painting collection by Director Johan H. Langaard together with Mayor Rolf Stranger. Photo: Erik Thorberg, NTB

As interest in Munch grew, it quickly became apparent that the museum was too small. In 2000 a proposal was made to relocate the museum, and several different sites were considered. On 28 May 2013 a majority in Oslo City Council voted to place the new Munch museum at Bjørvika.

The cornerstone for the new museum was laid by Crown Princess Mette-Marit five years ago, on 14 October 2016. All the objects in the box stem from places that are connected to Edvard Munch’s life in various ways. 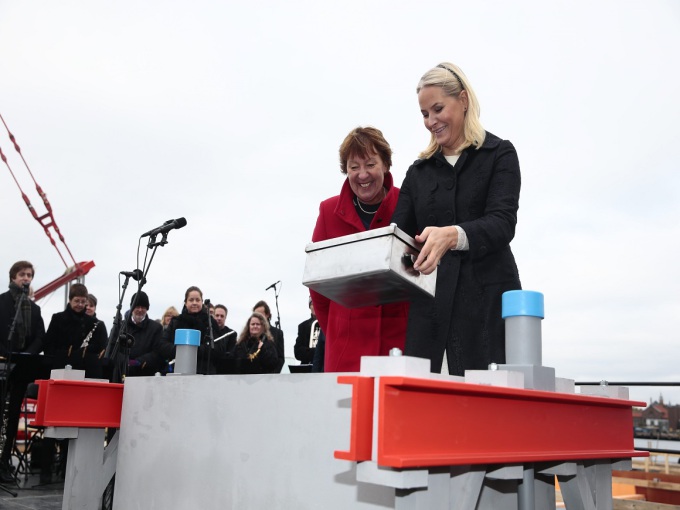 Crown Princess Mette-Marit laid the cornerstone for the new museum on 14 October 2016. Standing together with the Crown Princess is Marianne Borgen, Mayor of Oslo. Photo: Håkon Mosvold Larsen, NTB

Now the museum will start a new chapter in far more spacious premises in Bjørvika, with the beautiful Oslo Opera House as its neighbour.

Edvard Munch was an active artist for over 60 years, from his debut in the 1880s until his death in 1944. He was part of the symbolism movement of the 1890s, and spearheaded the expressionist movement in art starting in the early 1900s.

Munch is one of Norway’s most well-known cultural figures, along with composer Edvard Grieg and playwright Henrik Ibsen. 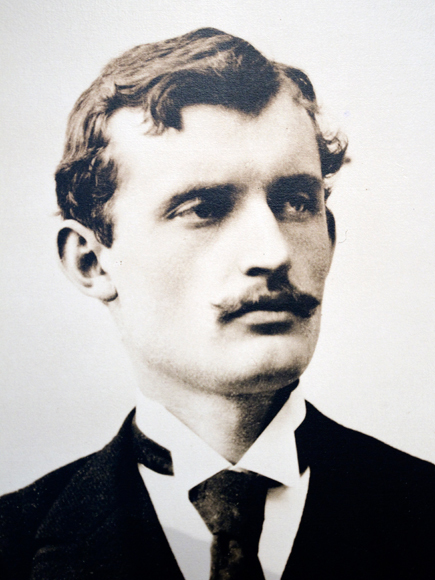