Their Majesties The King and Queen and His Royal Highness The Crown Prince received the President of Germany, His Excellency Frank-Walter Steinmeier and his wife, Ms Elke Büdenbender, at the Royal Palace today.

The Federal President of Germany is paying a two-day official visit to Norway. After the audience, the King and Queen hosted a luncheon for the president and his wife. Other guests included the President of the Storting, Ms Eva Kristin Hansen, and the Minister of Petroleum and Energy, Ms Marte Mjøs Persen. 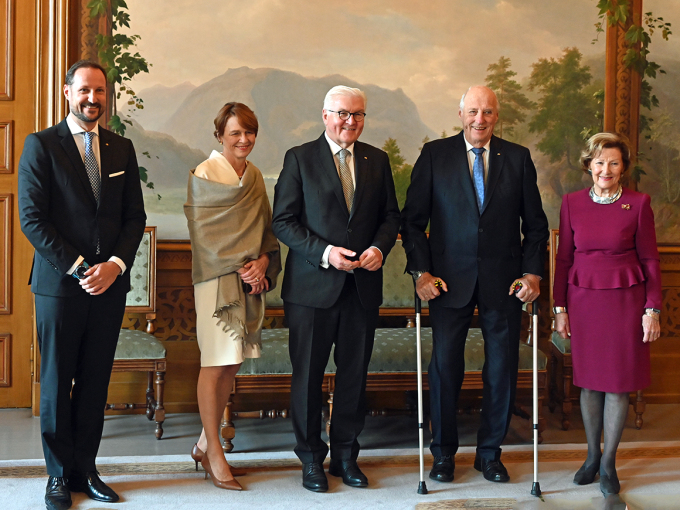 The appetizer at the luncheon was Norway lobster, while the main course was turbot with carrots, pumpkin, celery and potatoes with a red wine sauce. For dessert the guests were treated to cloudberries with liquorice and white chocolate.

On board the FGS Berlin

The Crown Prince went aboard the German naval vessel FGS Berlin this morning. The ship is in Oslo in connection with President Steinmeier’s visit. Crown Prince Haakon was given a tour of the German replenishment ship, accompanied by the German President and First Lady and Norwegian Chief of Defence Eirik Kristoffersen. 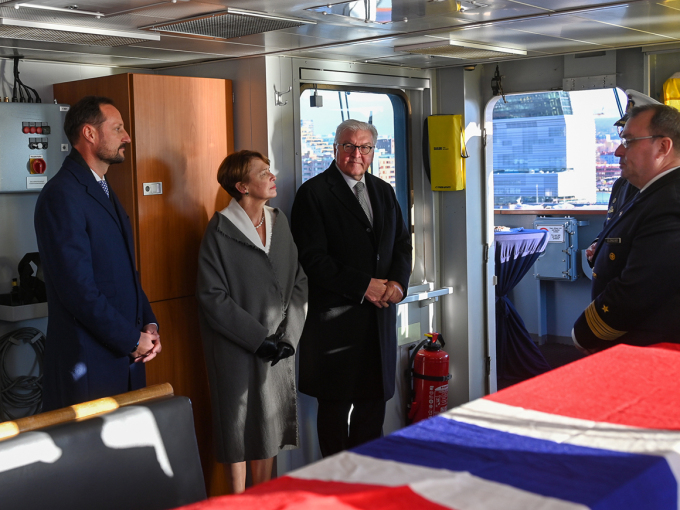 Presentation on board the FGS Berlin. Photo: Simen Løvberg Sund, The Royal Court.

The tour included a presentation on German-Norwegian defence cooperation. A total of 60 Norwegian women and men representing all the branches of the Armed Forces are currently serving in Germany. Norway has been taking part in the NATO operation Enhanced Forward Presence since spring 2017. The operation is led by Germany, and Norway has provided a mechanised company which at its maximum numbered 200 men and women from the Norwegian Army. The German and Norwegian submarine forces have also cooperated closely for many years. 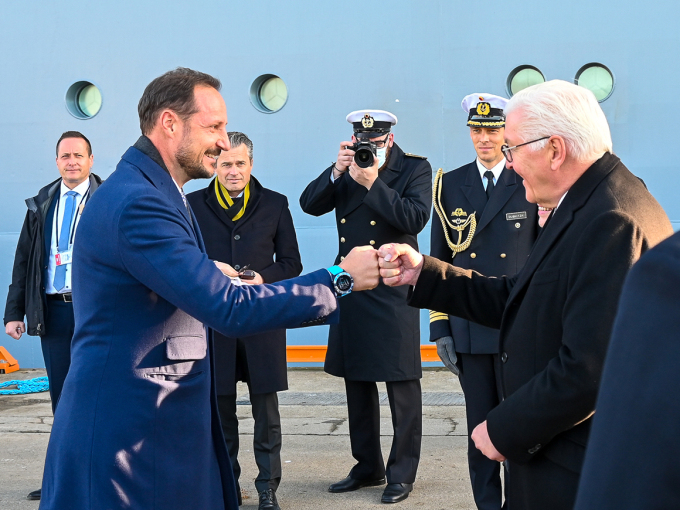 Frank-Walter Steinmeier has been the President of Germany since 2017. He previously served as Minister of Foreign Affairs and Vice-Chancellor. Tomorrow he will be visiting Utøya island together with Prime Minister Jonas Gahr Støre. Later in the day, the President and Prime Minister will take part in a panel discussion at the Aula hall at the University of Oslo on strengthening democracy, involving young people in the political arena, and combating the threat posed by extremism and hate speech.