Journalists Maria Ressa and Dmitry Muratov received the Nobel Peace Prize today for their efforts to safeguard freedom of expression in the Philippines and Russia, respectively. Their Majesties The King and Queen and His Royal Highness The Crown Prince were in attendance during the award ceremony at Oslo City Hall.

Chair of the Norwegian Nobel Committee, Berit Reiss-Andersen, explained the committee’s decision to award the prize to the co-recipients.

“Free, independent and fact-based journalism is the first line of defence for democracy and freedom of expression and information. The role of the media is to expose aggression and abuse of power – and by doing so contribute towards peace,” said Ms Reiss-Andersen.

“Journalists around the world are working tirelessly in this effort every day,” she added, noting that this year’s Nobel Peace Prize has been awarded to two outstanding representatives of the media.

"Defenders of freedom of expression"

In 2012, Maria Ressa co-founded Rappler, a news website for investigative journalism which she still heads. She has distinguished herself as an outspoken critic of how social media is being used to spread fake news and manipulate public discourse.

Maria Ressa is “a fearless defender of freedom of expression,” said the Chair of the Norwegian Nobel Committee in describing the Filipino-American journalist, who was awarded the prize together with Russian editor Dmitry Muratov. 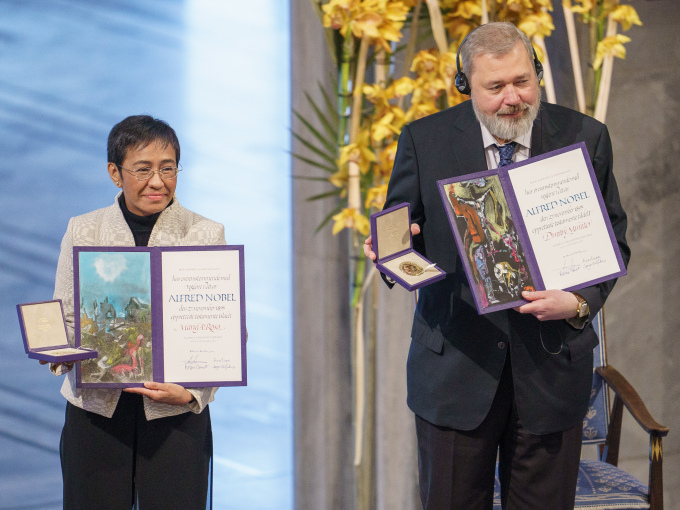 Berit Reiss-Andersen said Mr Muratov has distinguished himself as one of today’s foremost defenders of freedom of expression in Russia. He co-founded Novaya Gazeta, one of Russia’s most independent newspapers currently running, and he has served as editor-in-chief since 1995. 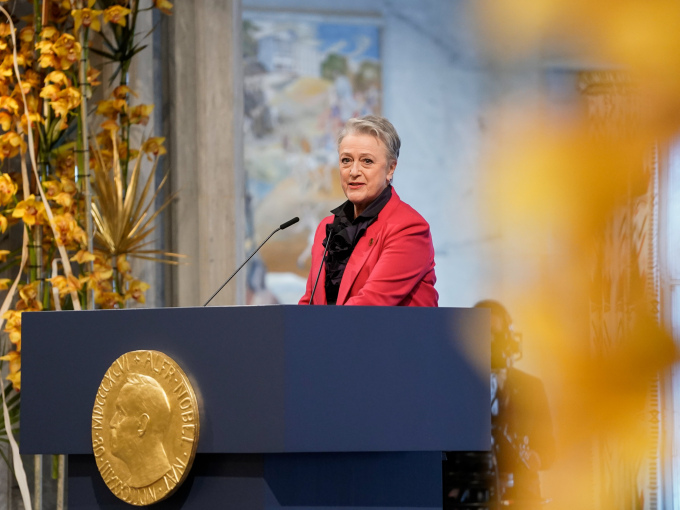 This year’s Nobel Peace Prize winners gave two powerful laureate lectures on freedom of expression. Dmitry Muratov asked the entire audience to rise for a minute’s silence in honour of all the journalists who have sacrificed their lives. He concluded his lecture by stating:

"I want journalists to die old."

The winner of the 2020 Nobel Peace Prize, the UN World Food Programme, was also honoured during the ceremony. 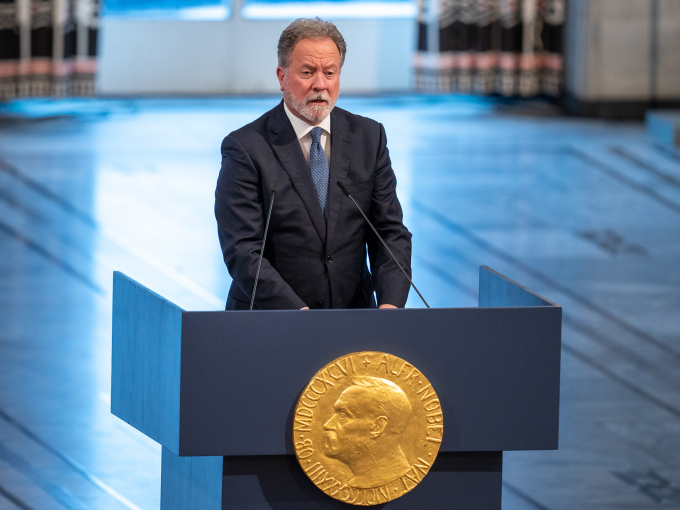 Due to infection control measures in connection with the COVID-19 pandemic, the 2020 Nobel Prize Award Ceremonies were carried out on a digital platform.

Executive Director David Beasley of the UN World Food Programme (WFP) was presented with the prize by Lisa Peletti Clark of the International Peace Bureau in Rome, where WFP is headquartered. 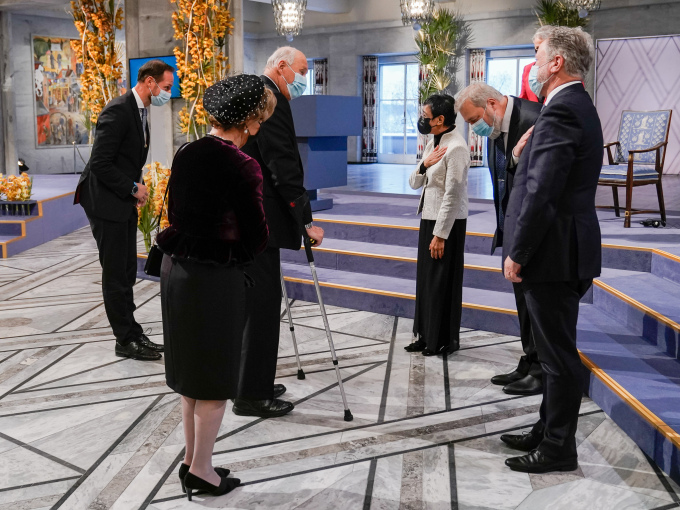 Prior to the award ceremony at Oslo City Hall, the three prizewinners were granted an audience at the Royal Palace. This is part of the set programme for Nobel Peace Prize laureates. 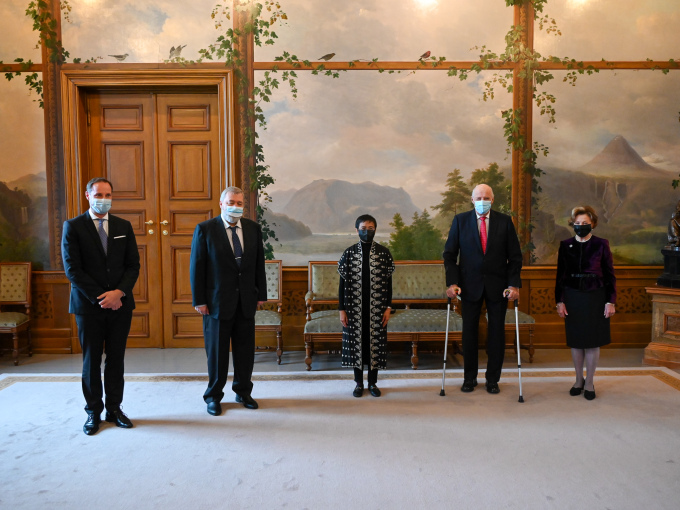 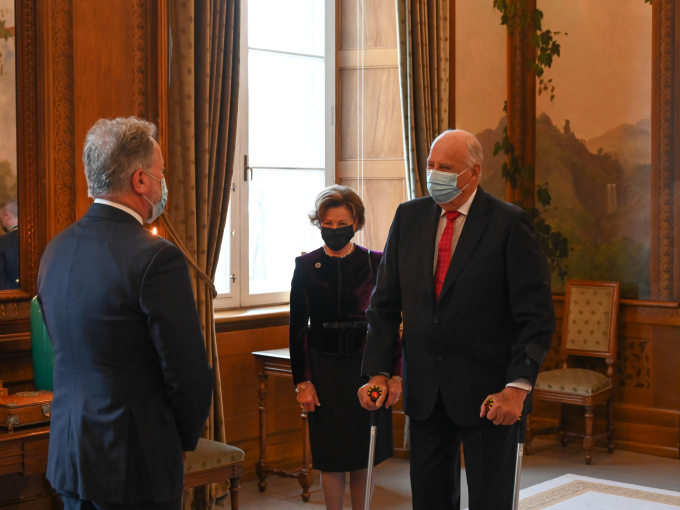 In the evening, Crown Prince Haakon attended the banquet held at the Grand Hotel in Oslo in honour of the Nobel Peace Prize winners.