Visited the branches of government

Her Royal Highness Princess Ingrid Alexandra visited the Storting, the Government and the Supreme Court today. The Princess celebrates her 18th birthday tomorrow, and will attain the age of majority.

The visits were focused on the separation of powers at the highest level of government into three independent branches (legislative, executive and judicial).

His Royal Highness Crown Prince Haakon paid a similar visit to the three branches of government in connection with his 18th birthday in 1991.

After visiting the Storting, Princess Ingrid Alexandra was received by Chief Justice of the Supreme Court Toril Marie Øie and Secretary-General Bente Johanne Kraugerud. Before being given a tour of the Supreme Court Building, the Princess met four Supreme Court Justices. The Princess had the chance to see two of the chambers while Ms Øie spoke about the structure of the Norwegian judicial system. 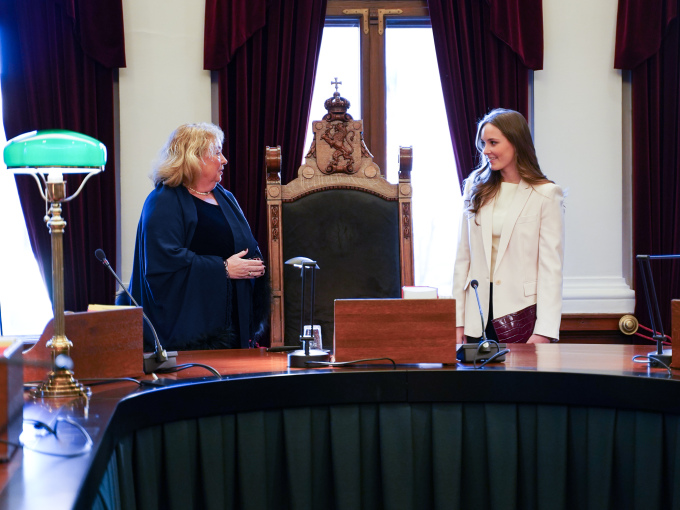 The Princess is given an introduction to the court’s activities by Chief Justice of the Supreme Court Toril Marie Øie. Photo: Liv Anette Luane, The Royal Court.

The Princess also had the opportunity to sit in the King’s Chair, just as her father – Crown Prince Haakon – did when he visited the Supreme Court upon reaching the age of majority in 1991. 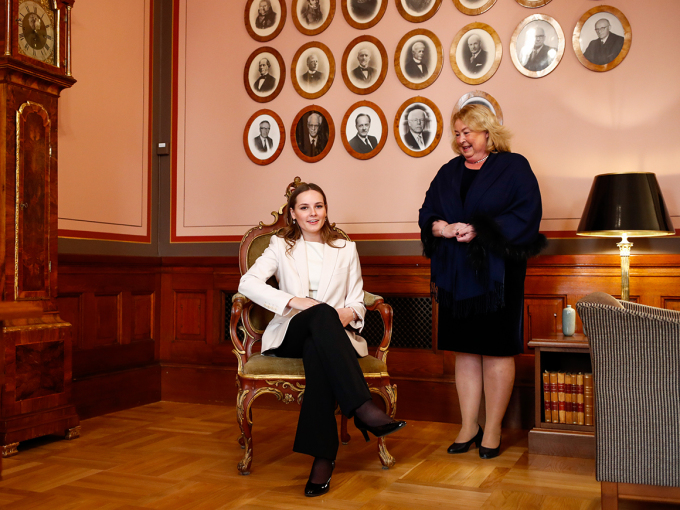 The Princess sitting in the King’s Chair in the Office of the Chief Justice of the Supreme Court. Photo: Javad Parsa / NTB.

At the Prime Minister’s Office, the Princess listened to a presentation on the work of the Government and the ministries. Photo: Simen Løvberg Sund, The Royal Court.

After their conversation, Prime Minister Støre took Princess Ingrid Alexandra to a meeting room where she met Minister of Justice and Public Security Emilie Enger Mehl and several of the staff members at the Office of the Prime Minister. The Prime Minister explained the work of the Office, while Ms Mehl spoke of her activities as minister.

Visit to the branches of government

Princess Ingrid Alexandra’s visit to the Storting, the Government and the Supreme Court in connection with attaining the age of majority closely resembles the visit paid by Crown Prince Haakon to the branches of government when he turned 18 in 1991.