The impacts of climate change are evident in Svalbard, and the archipelago is the hub for a great deal of important research activity. Today the Crown Prince and Crown Princess visited the Svalbard Satellite Station, SvalSat, which collects crucial data from around the world, and the Crown Prince visited Norway’s last coal mine.

The Store Norske Spitsbergen Kulkompani mining company has operated coal mines in Svalbard since 1916. For many years, the mines were the cornerstone of life in the archipelago. Today, virtually all have been shut down, and a major clean-up is underway at the Svea site to dismantle the buildings and equipment used in coal production there for over 100 years, and to remove traces of human activity dating back to 1946.

Gruve 7 is the only mine still in operation. This morning, His Royal Highness The Crown Prince paid a visit to Norway’s last coal mine.

Gruve 7 (or “Mine7”) has been in operation for more than 50 years, but the Store Norske mining company has decided to close it in 2023. The plan instead is to focus on renewable energy for cold climates. The transition to a greener economy extends to Svalbard as well. 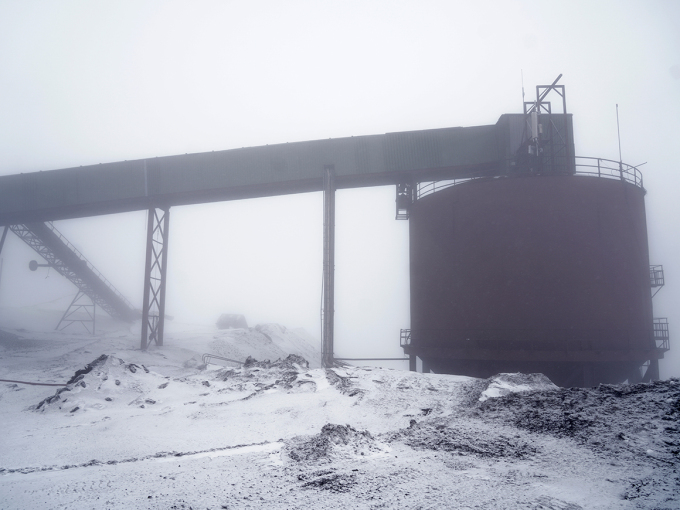 Gruve 7 is located in Adventdalen, a valley some 15 km south-east of Longyearbyen. Photo: Ole Berg-Rusten / NTB

Today, the mine supplies the Longyear Energiverk power plant, which produces electricity and heat for homes and businesses in Longyearbyen. Gruve 7 also supplies 80 000 tonnes of coal a year to industrial users in Europe.

About 40 mine employees work two shifts a day from Monday to Friday. Crown Prince Haakon has the chance to meet some of them today. 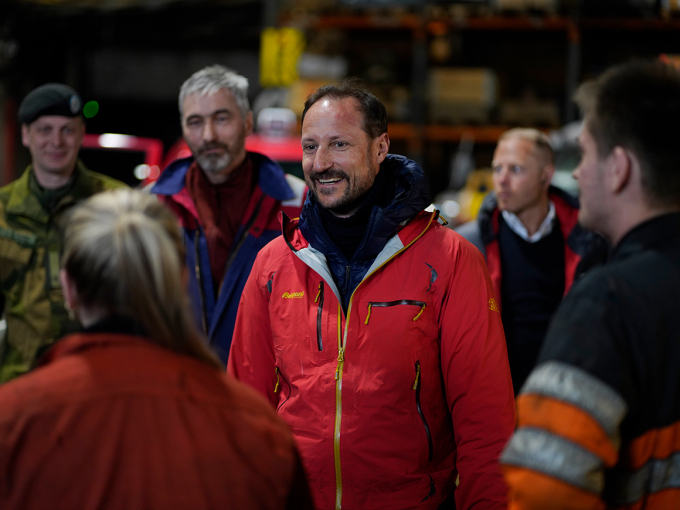 The Crown Prince spoke with the workers about what it is like to work in the mine, five kilometres inside the mountain, and learned more about an important chapter in Norway’s history that is coming to an end. In Svalbard the climate is changing more rapidly than in much of the rest of the world. The task of restructuring is still hard and the transition difficult to make. 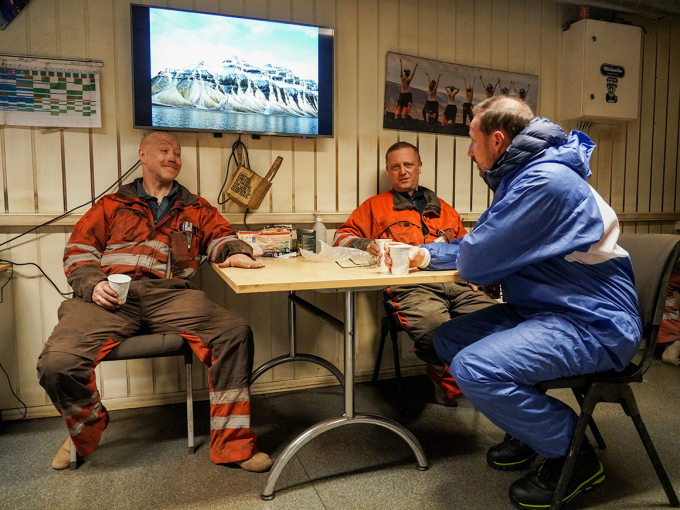 Climate change is the focus of much of the research being carried out in Svalbard, and the SvalSat satellite station plays a crucial role in these activities.

The Svalbard Satellite Station, SvalSat, is located farther north than any other station and is a hub for climate change research. SvalSat tracks a large number of satellites. Its location at 78 degrees N latitude allows the ground station to download data each time the satellites pass over the North Pole in their orbit around the earth – which is up to 14 times a day. The satellites collect data from the world at large, including changes in glaciers, forests, coastlines, sea temperatures and other symptoms of global warming.

"In Svalbard, we see with extra clarity the fundamental challenges of our time: the melting ice, the threatened species, the changing climate. This is nature at its harshest, and at the same time its most vulnerable.” Crown Prince Haakon. 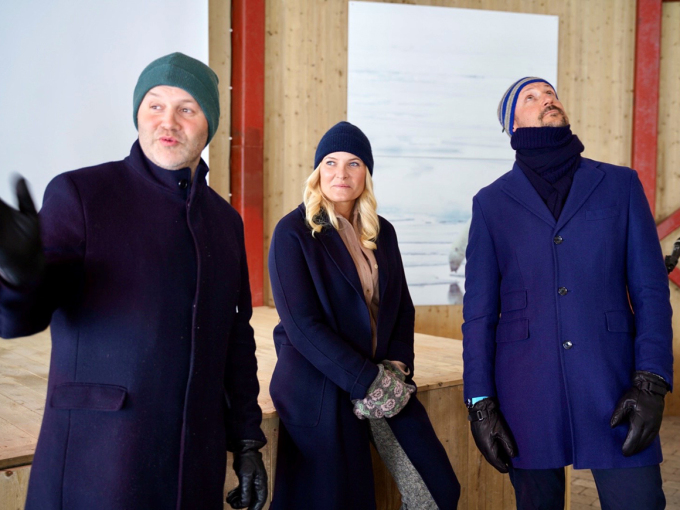 The Crown Prince and Crown Princess were given a tour of the Svalbard Satellite Station, SvalSat. Photo: Sara Svanemyr, The Royal Court

A staff of roughly 40 engineers and operators manages the processes and conducts maintenance. The weather can sometimes pose challenges. Snow, which can disrupt data transmission, falls 170 days a year here. The data collected here provides critical information about changes in the global climate.

The University Centre in Svalbard (UNIS) is a higher education and research institution offering programmes in Arctic geology, geophysics, biology and technology. Meteorology was the main topic on the curriculum when the Crown Prince and Crown Princess visited today. What kinds of field activities underlie the weather reports we receive every day? What safety assessments must be made and what equipment is needed before a scientific team can head into the field in Svalbard? The Crown Prince and Crown Princess also learned more about study programmes in geology and Arctic biology.

UNIS is the world’s northernmost higher education institution, and is situated in Svalbard Research Park, which King Harald and Queen Sonja opened in 2006. The visit of the Crown Prince and Crown Princess to UNIS was the final item on their programme for this trip to Svalbard.

At the day’s final press meeting, Crown Prince Haakon summed up the visit as follows: “We have seen and visited a vibrant community with a wide range of activities and high levels of expertise in many areas – mining, tourism, research… What a wonderful, multi-faceted community this is.” 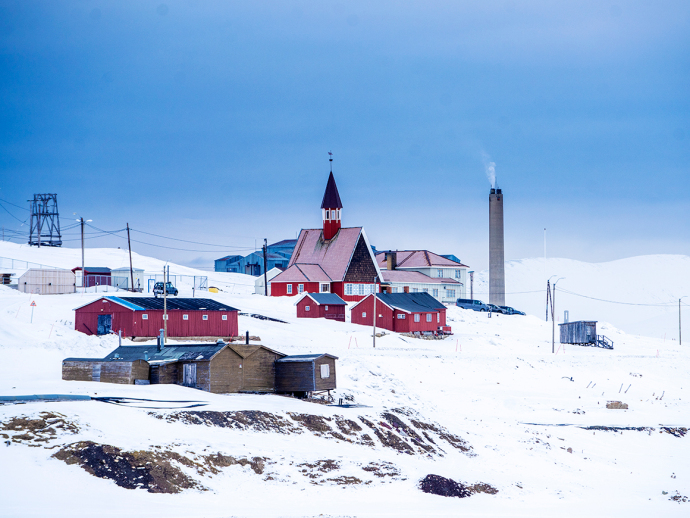 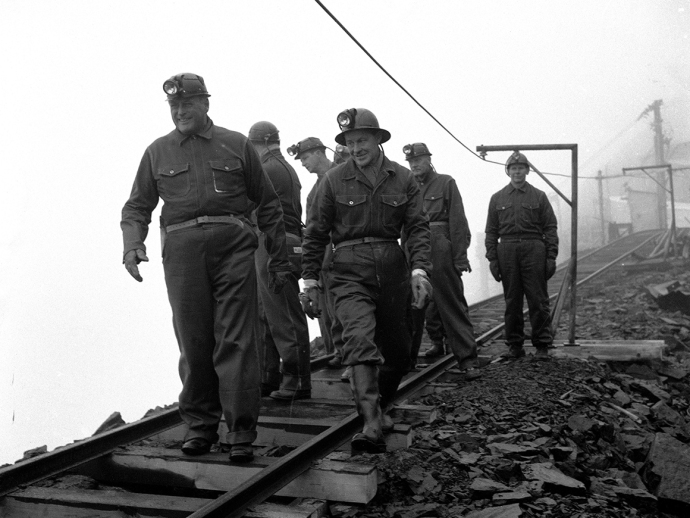