His Royal Highness Crown Prince Haakon returned home today after crossing the Greenland ice sheet on skis with kite assistance. The expedition was organised by UiT The Arctic University of Norway in Tromsø.

Over the past two weeks expedition members have traversed 1 228 km, from Ilulissat in the west to Daneborg in the east. The Crown Prince’s journey ended at the eastern edge of the Greenland ice, as planned.

“It was fantastic, and I am very grateful I had the opportunity to take part in this experience,” Crown Prince Haakon told reporters upon arrival today.

The purpose of the expedition is to spread awareness about polar history and the important research being conducted in the Arctic.

“When you’re standing out there on the ice, it seems almost endless,” said the Crown Prince. “But it is not. You can cross it in two weeks with just the help of the wind. As unbelievable as it may seem, the fact is we humans are having an impact on this enormous mass of ice. It is finite and we must take care of it. It is melting fast, and the reason for that is man-made climate change." 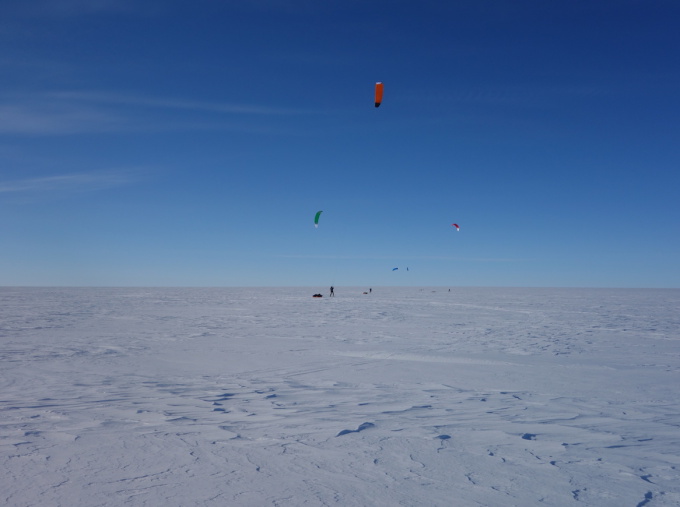 Snowkiters can cover large distances in a single day if the wind is right, the terrain is flat and the snow conditions are ideal. Photo: Markus Landrø, UiT

The Crown Prince said he found it especially interesting to talk with scientists at the East Greenland Ice-Core Project (EastGrip), a Danish research station. They are drilling an ice core through the north-eastern Greenland ice flow in order to learn more about flow dynamics and the climate of the past. The knowledge gained will help scientists assess how much of the ice will end up in the sea as the climate grows warmer.

During their visit to EastGrip, expedition members handed over snow samples they had collected while progressing across the ice cap to that point. 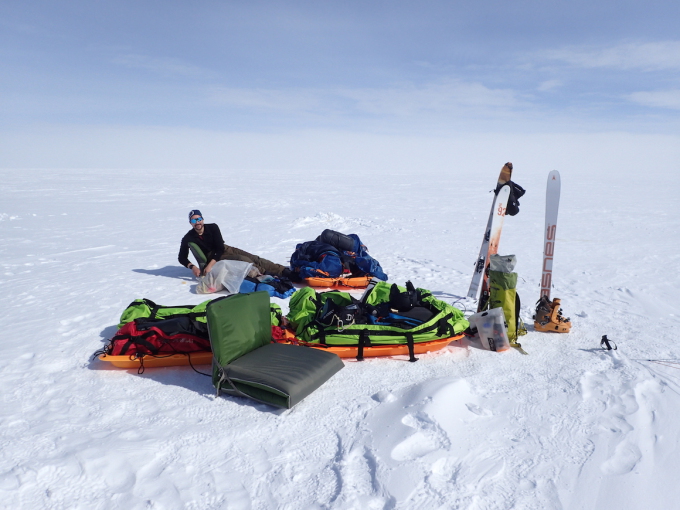 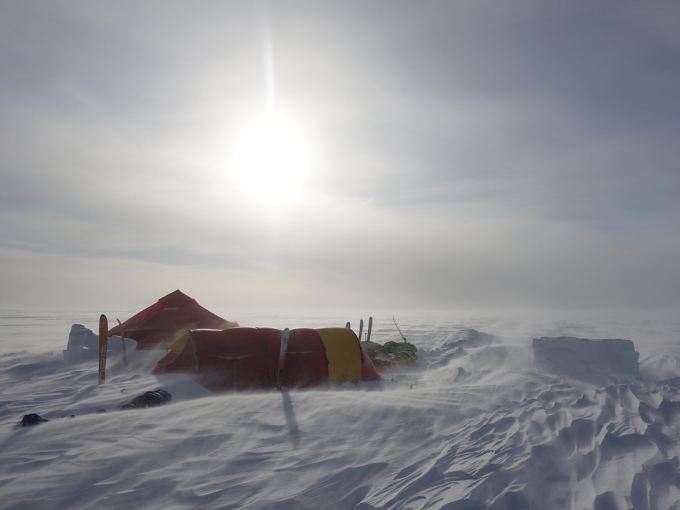 Temperatures fell to minus 30 degrees C at night, with winds up to 20 metres per second. Photo: Vegard Ulvang, UiT

For the Crown Prince, the expedition is over. But the other participants are commencing a new stage of the journey. It will take them down from the glacier and south along Greenland’s east coast, from Daneborg to Antarctic Haven. In the period between the two world wars, Norwegian hunters and researchers often overwintered in this area. Hunting cabins and other heritage sites still remain. 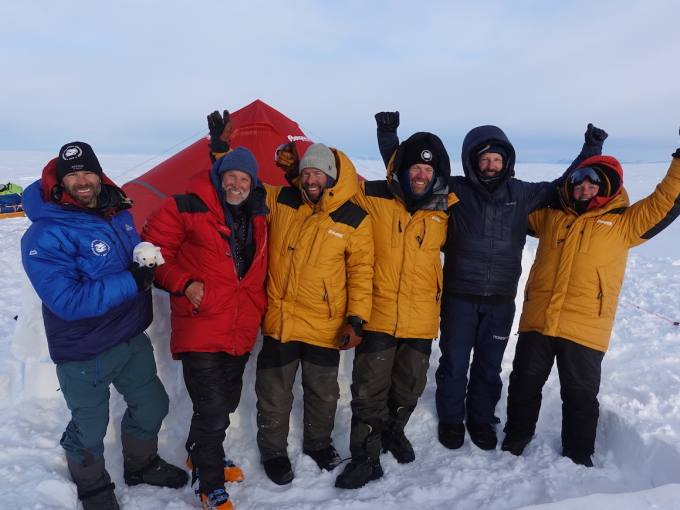 “It has been great fun to be with such knowledgeable and skilled people along the way,” said the Crown Prince. “I could not have done this without them.” Photo: Vegard Ulvang, UiT

Follow the expedition as it continues (in Norwegian): Ekspedisjonsdagbok - UiT i Arktis