Summer at the Royal Palace 2022

We are very pleased to be able to welcome the public back to our cultural outreach activities this summer. At the same time, the exhibition “Open Doors” at the Queen Sonja Art Stable is opening, featuring works from Her Majesty The Queen’s own art collection.

After having been closed to the public for two seasons due to the pandemic, the Royal Palace will now be offering guided tours from 25 June to 17 August.

For eight weeks this summer, guided tours of the Royal Palace will once again be available to the public. The tours include many of the Palace’s most beautiful and meaningful rooms, such as the Council Chamber, the White Parlour, the Bird Room, the Palace Chapel and the Ballroom.

The theme of this year’s guided tour is “The Palace in use”. Emphasis will be placed on how the different rooms are used, both in connection with the official activities of the Royal Family and on special occasions, such as the celebration of Princess Ingrid Alexandra’s 18th birthday. In addition, this year marks 150 years since King Haakon VII was born, which provides a good opportunity to view the Palace and its use in a broader historical context. 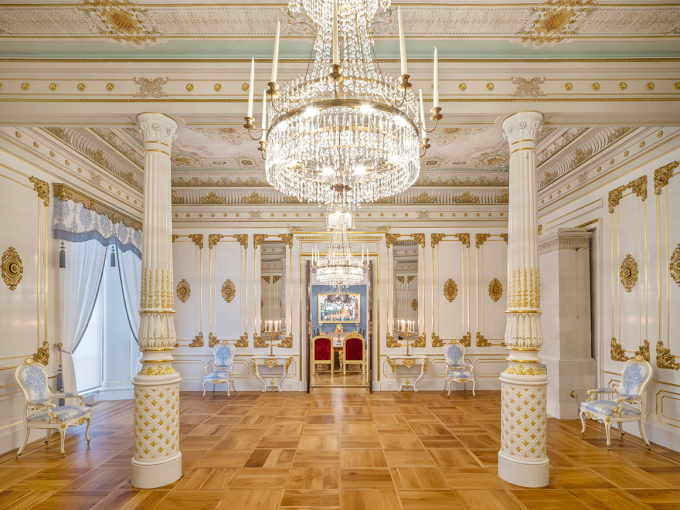 This is the first time the White Parlour has been included in the guided tour. Photo: Øivind Möller Bakken, The Royal Court

This is the first time that the White Parlour has been included in the guided tour, and will be a new high point. The room itself and its interior were completely renovated during the pandemic, and the room has now been restored to its original appearance when the Palace was completed in 1849, when it was used as Queen Joséphine’s audience chamber.

“Open Doors” at the Art Stable

The exhibition “Open Doors” will be on display at Queen Sonja’s Art Stable from 23 June to mid-November. This exhibition will present more than 100 works by 50 artists, from Her Majesty The Queen’s own art collection.

Queen Sonja has been collecting fine and applied art since her teenage years, and she describes it as an essential and indispensable part of her existence. Normally, many of these works are an important element in the interiors of the Royal residences. Selected works have now been transferred from their sites to be part of this exhibition, and the public is invited to experience a varied and highly personal collection of fine and applied art in the Art Stable.

The Queen’s collection currently comprises some 1 600 works. These have been collected over a period of more than 65 years, and encompass mainly contemporary art. Around half of the collection consists of works by women artists. Most of the artists are Scandinavian, although some international artists are also represented.

The exhibition has been curated by Sune Nordgren.

The Palace Park is open to the public every day, 24 hours a day. During the summer months the Queen’s Park is also open, from 7:00 am to 8:00 pm. New this year is the restored formal garden outside the southern wing of the Palace. The restoration was completed in the summer of 2020, but this year features the addition of new benches in the original style, made by the Palace’s own cabinetmakers. 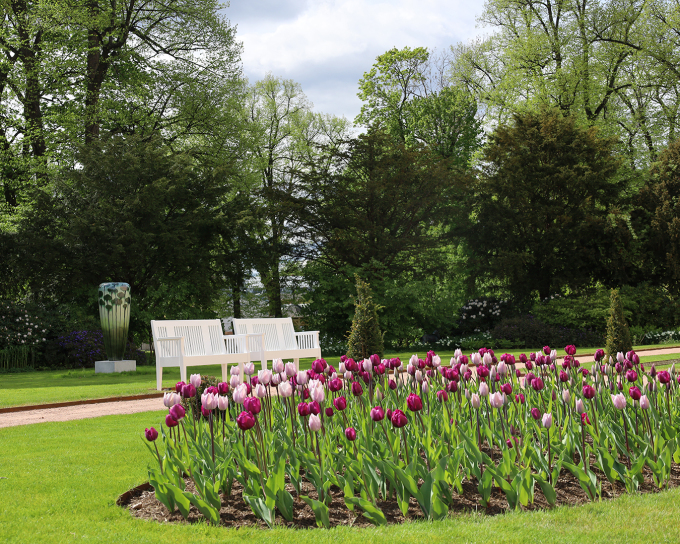 The Palace’s cabinetmakers have made new benches – copies of those that stood here 100 years ago. Photo: Liv Osmundsen, The Royal Court

The Princess Ingrid Alexandra Sculpture Park is a popular destination for many kindergartens and families with children who are visiting the park.

Unfortunately, the summer palace of Oscarshall will not be open to visitors this season. There is ongoing extensive construction work being carried out in the park surrounding Oscarshall. The park is being restored to its original design from 1852. We look forward to welcoming the public back to Oscarshall and the new historical park in 2023.