“Today a new building is opening up to us all, and art is gaining a new home. This is a building where dreams began from the moment when the Crown Princess and I laid the cornerstone six years ago,” said Her Majesty The Queen when she opened the new National Museum today.

The opening ceremony for the largest art museum in the Nordic region was held at the Museum Square in front of the museum, and His Majesty The King and Their Royal Highnesses Crown Prince Haakon and Crown Princess Mette-Marit were also in attendance. 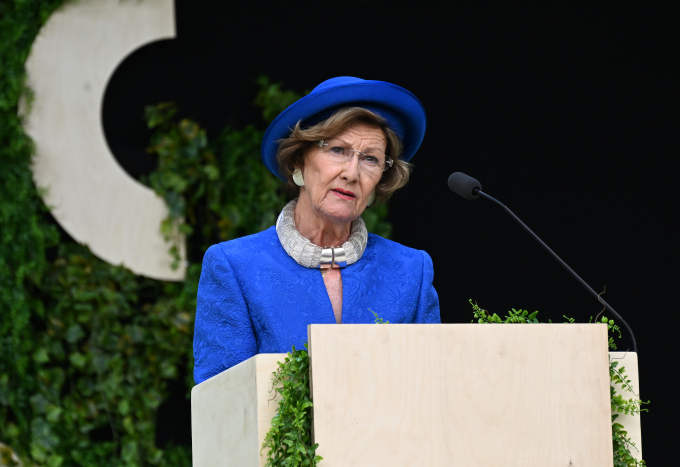 The Queen spoke at the opening of the National Museum. Photo: Sven Gj. Gjeruldsen, The Royal Court.

“The power of the encounter lies in its physical aspect. This applies to encounters with art, with ourselves and with each other. People will have encounters in these halls. Strangers will meet each other’s gaze and realise: you have seen it. I have seen it. And together they will acknowledge: we are not alone,” Queen Sonja said in her opening remarks.

Together with Director Karin Hindsbo, the Queen cut the ribbon and formally opened the National Museum. 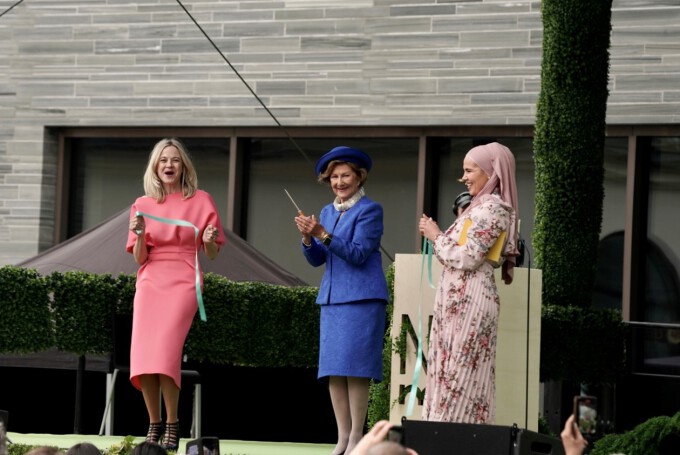 The Queen cut the ribbon and declared the National Museum to be open. Photo: Sara Svanemyr, The Royal Court.

The new National Museum gathers older and modern art, architecture, design, arts and crafts and contemporary art under one roof. The museum was designed by architect Klaus Schuwerk from the architectural firm Kleihues + Schuwerk, and built by Statsbygg, the Norwegian Directorate of Public Construction and Property. The building is located in the heart of Oslo, and has a prominent place in the urban landscape. The collection offers a comprehensive overview of Norway’s national art and cultural history.

Iman Meskini served as master of ceremonies, and musical entertainment was provided by Marja Mortensson and Beharie, accompanied by string players. 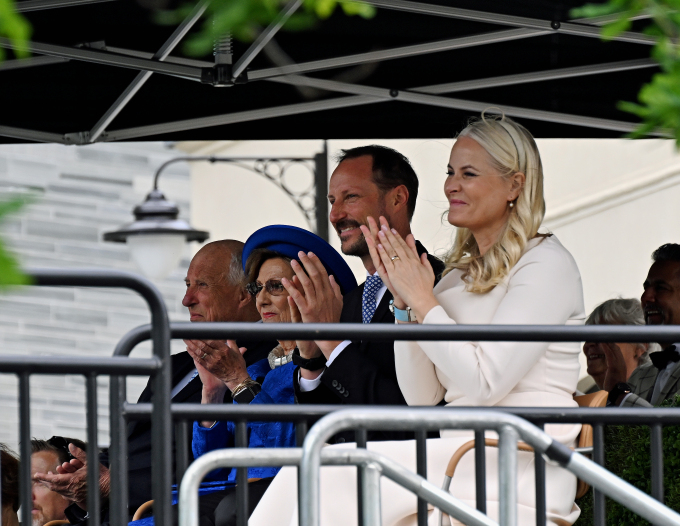 The King, the Queen, the Crown Prince and the Crown Princess all attended the opening ceremony at the Museum Square in front of the new National Museum in Oslo. Photo: Sven Gj. Gjeruldsen, The Royal Court.

On 11 June the National Museum opened its doors to the public. The new National Museum creates a unified home for Norway’s national collection of art, architecture and design. Some 6500 works from the collection of older, modern and contemporary art, architecture, arts and crafts and design are on display in a collection that extends across 86 exhibition halls on two storeys, covering art from antiquity to the present day.

At the top of the museum is the Light Hall, which is clad with marble and glass and can be illuminated from the inside in the evening. 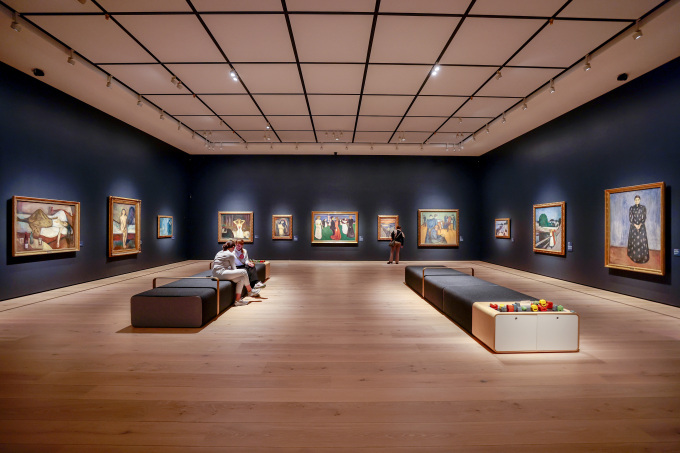 Well-known, iconic works are on display in the large exhibition halls in the new National Museum. Photo: Geir Olsen / NTB.

The inaugural exhibition, I Call It Art, shows works by 150 contemporary artists who are based in Norway, and whose works had not previously been purchased for the museum’s collection.

In 2016 the Queen and the Crown Princess took part in the ceremony to lay the cornerstone for the new National Museum. Together they laid the cornerstone box containing a colour print of Norway’s national coat of arms, drawings and documents related to the building, a set of 2016 postage stamps, and the invitation and guest list for the cornerstone laying ceremony. 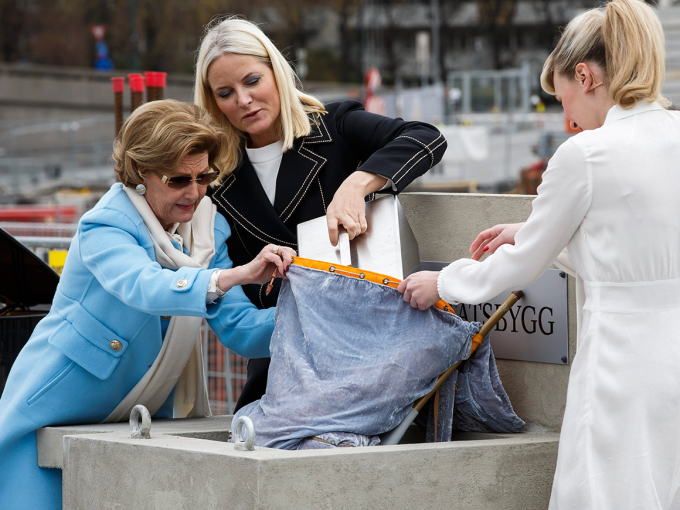 Queen Sonja and Crown Princess Mette-Marit placed the cornerstone box in a rucksack that was deposited where the cornerstone was laid on the site of the museum in 2016. Photo: Heiko Junge / NTB scanpix.

Yesterday the Queen, the Crown Prince and the Crown Princess attended an official inaugural dinner for invited guests. Before dining, the guests were given a brief guided tour of some of the exhibition halls at the National Museum.