“I am so lucky to have grown up in Norway.”

The Princess talked about enjoying the chance to meet people around the country and her wonderful experiences in Norwegian nature – such as surfing at Unstad in the Lofoten archipelago, warm summer days along the southern coast and the snowy mountains in Røldal.

“We all have our place in this society. We are different, we have been given different tasks, and we know how to do different things. Together we make up the Norway we love so much,” she said in conclusion.

Princess Ingrid Alexandra thanked her family for their support and care, and for the wonderful times they have all shared.

Guests from various Royal Houses in Europe, representatives of Norway’s governing authorities and organisations, and family and friends all gathered at the Royal Palace on Friday to celebrate Princess Ingrid Alexandra’s 18th birthday, which was on 21 January. 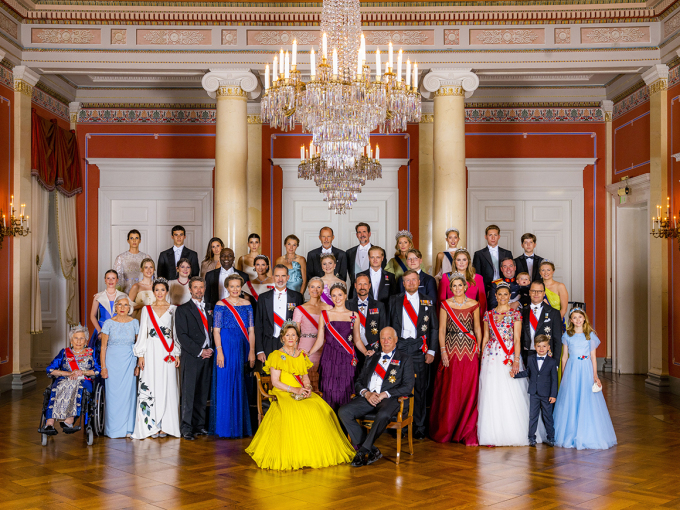 The Royal Family with other family members and guests from other European Royal Houses. Photo: Håkon Mosvold Larsen / NTB

Originally scheduled for earlier in the year, the celebration was postponed until this week due to the pandemic. On Thursday, the Princess was celebrated by the Government at Deichman library in Oslo’s Bjørvika district, while Friday’s gala dinner at the Royal Palace was hosted by Their Majesties The King and Queen.

The theme of the evening’s décor was “A Midsummer Night’s Dream,” and guests were greeted with candlelight and flowers as they arrived at the main gate of the Royal Palace.

The tables in the Royal Palace’s Banqueting Hall were set for 199 guests, and the menu for the evening consisted of carrot tartare, asparagus and scallops, halibut and Norwegian strawberries. 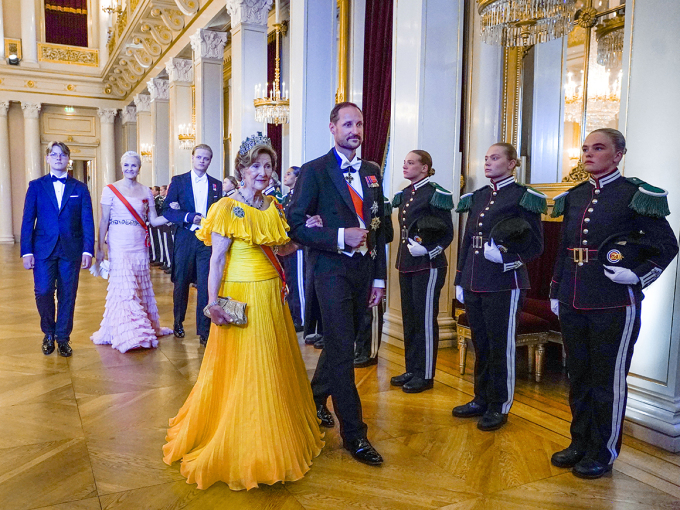 Queen Sonja arrives at the gala dinner escorted by Crown Prince Haakon. The Queen was the first speaker of the evening. Photo: Lise Åserud / NTB

Queen Sonja welcomed the guests to the Royal Palace, and offered Princess Ingrid Alexandra some advice.

“You have everything you need to make wise choices and create a life that will be rewarding for you, for your loved ones, and for those for whom you one day will be Queen,” the Queen said to her granddaughter.

“I hope you will always have a space of your own where you feel entirely free, where you will find replenishment, rest and inspiration – as I have found throughout my life, both in nature, especially in the mountains, and in art. Everyone needs a space like that.”

On the day of her birthday in January, Princess Ingrid Alexandra was an observer at a meeting of the Council of State headed by King Harald – an event the King mentioned in his speech.

“You joined me in the Council of State for the first time – thankfully without a veto, since one never knows what a young woman with strong views like you might stir up!” King Harald said, to laughter from the hall. “It was both convivial and a bit crowded at the head of the table inside the Council Chamber when you and your father took your seats to my left and right.” 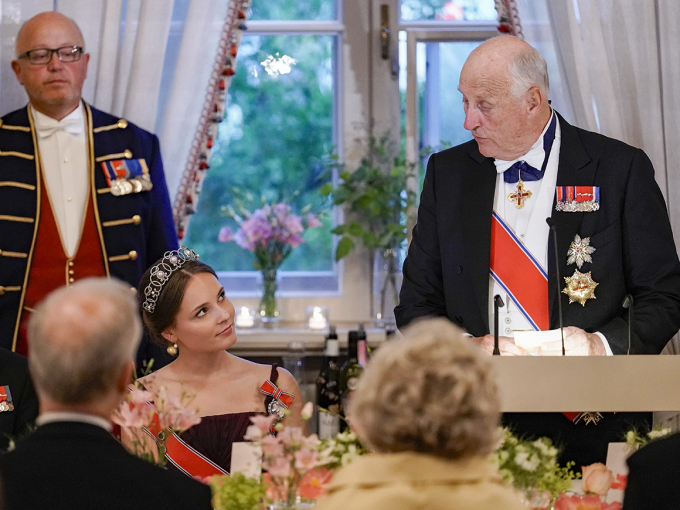 He added: “That Friday in January, I could truly feel the strength and assurance that comes from knowing new generations are waiting in the wings. Nevertheless, you’ll likely have to put up with me a while longer! And I hope I can continue to be of help, my dear Ingrid, if there are things you wonder about.”

Their Royal Highnesses Crown Prince Haakon and Crown Princess Mette-Marit delivered a highly personal and moving speech to their daughter. They also had a message for all the young people of Norway – with a special focus on those who, like Princess Ingrid Alexandra, were born in 2004.

“Remember that you need to take care of each other, and believe in yourselves when you are creating what is to be the Norway of tomorrow,” said the Crown Princess. “You have the opportunity and the responsibility to create the society you want to live in. And rest assured, both Haakon and I will be cheering you on.” 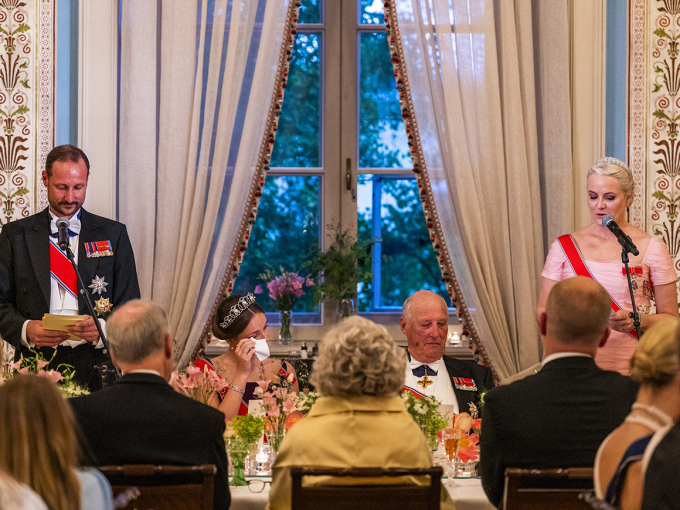 Other speakers during the evening included the Princess’s grandmother, Marit Tjessem, and the President of the Storting, Masud Gharahkhani. Mr Gharahkhani concluded his speech by congratulating the Princess on her special day and expressing warm wishes for her future on behalf of the Storting and the people of Norway.

The dinner ended with the Norwegian birthday song, Hurra for deg, led by the musical artist Metteson, who got everyone in the hall singing.

Later in the evening, the guests danced a polonaise and enjoyed a variety of other musical performances.