On Monday evening Her Majesty The Queen presented the Queen Sonja Print Award 2022 to the French-Moroccan artist Yto Barrada. William Kentridge received the QSPA Lifetime Achievement Award for his lifelong career in art.

The presentation of the Queen Sonja Print Award took place at the MUNCH art museum in the Bjørvika district of Oslo. The Queen Sonja Art Foundation was established in 2011 to promote graphic art, generate interest and stimulate the development of contemporary printmaking.

Seventy-three artists from 39 different countries were nominated for the award this year.

“Graphic art is a gateway to the fantastic world of art. It opens doors and makes art more accessible, more democratic. It gives art a vital and natural place in our lives,” the Queen said at the awards ceremony.

The awards ceremony began in the lobby of the MUNCH art museum, where guests were welcomed by the master of ceremonies, Kåre Conradi, and musician Ole Edvard Antonsen, who together provided the evening’s entertainment. MUNCH director Stein Olav Henrichsen welcomed the guests to the ceremony. Aurora Aspen, director of the QSPA, also gave some remarks before the audience entered the Ballroom for the awards ceremony.

“It is no coincidence that we are here, in the new home of Edvard Munch, one of the pioneers of modern graphic art,” said the Queen in her speech. 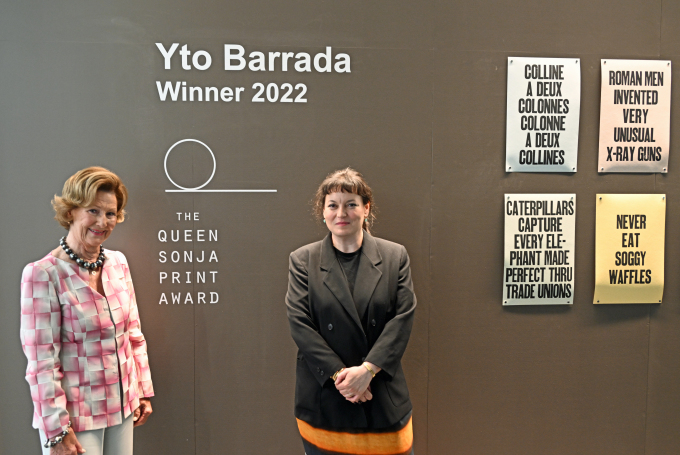 Three awards were presented at the ceremony: the Queen Sonja Print Award, the QSPA Inspirational Award and the QSPA Lifetime Achievement Award.

Jury statement: “The jury is deeply impressed by Yto Barrada’s multidisciplinary practice where printmaking, printed matter or methods of reproduction are used with effortless ease to serve conceptual purposes. Informed by postcolonial thought and socio-political concerns, the artist engages in topics of identity, urban development, nature or collective memory. Her eclectic use of traditional printmaking techniques such as woodblock, serigraphy or letterpress printing, as well as risograph prints and different photo printing techniques, allows her the flexibility to simultaneously work with text, image and more abstract motifs.

Barrada investigates archival practices, poster traditions, institutionalized narratives and propaganda production, to create real and imaginary stories. There is a poignant playfulness and curiosity in her multifaceted artistic production. The jury is fascinated by Barrada’s continuous search for new forms of expressions, pushing the boundaries of her own practice and our understanding of printmaking and graphic art.” 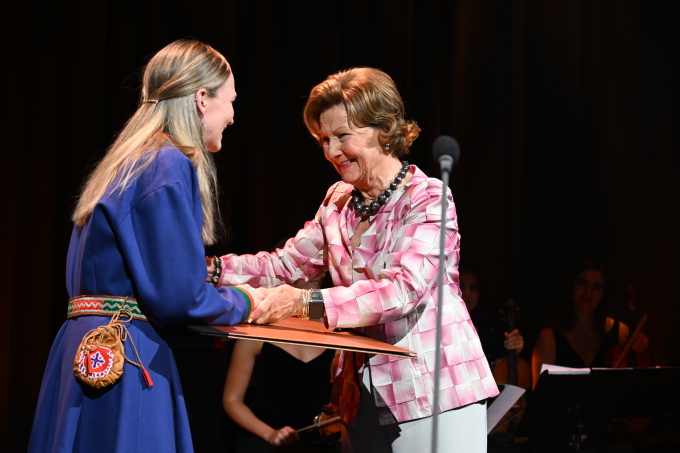 The QSPA Inspirational Award is awarded a Nordic artist who is currently pursuing, or has recently completed, his or her art education, and whose artistic practice makes active use of printmaking as an important means of expression. The grant is a collaboration between master printer Bill Goldston at Universal Limited Art Editions (ULAE) and the HM Queen Sonja Art Foundation.

William Kentridge – a student of political science as well as fine art in the 1970s – started in the field of printmaking by creating screen-printed posters for trade unions, student protests and theatre companies. The artist has since continued to investigate notions of politics and philosophy, with a wide spectre of printmaking techniques where he displays a mastery of the craft and outstanding draughtsmanship.

In his works he plays with multiple lines and sequential progressions, juxtaposing text and image, working with contrasts of black ink against white paper. Questions of identity, dislocation, memory, and perception, are often set against the social and political landscape of South Africa’s past and present. His prints are filled with ambiguities and contradictions, exploring what is purportedly civilized and rational. 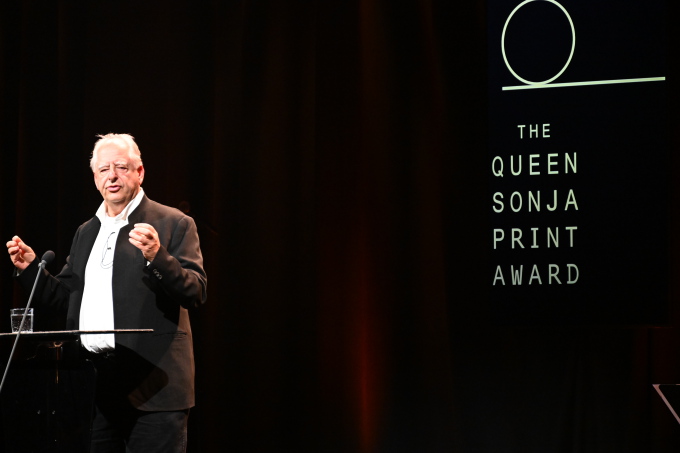 The Queen Sonja Print Award is the world’s leading award for graphic art, and a means to celebrate the art of printmaking, by honoring artists and supporting great talent.

The award is presented every other year by the HM Queen Sonja Art Foundation, which was established in 2011 by Her Majesty The Queen in cooperation with artists Kjell Nupen, Ørnulf Opdahl and Ole Larsen. 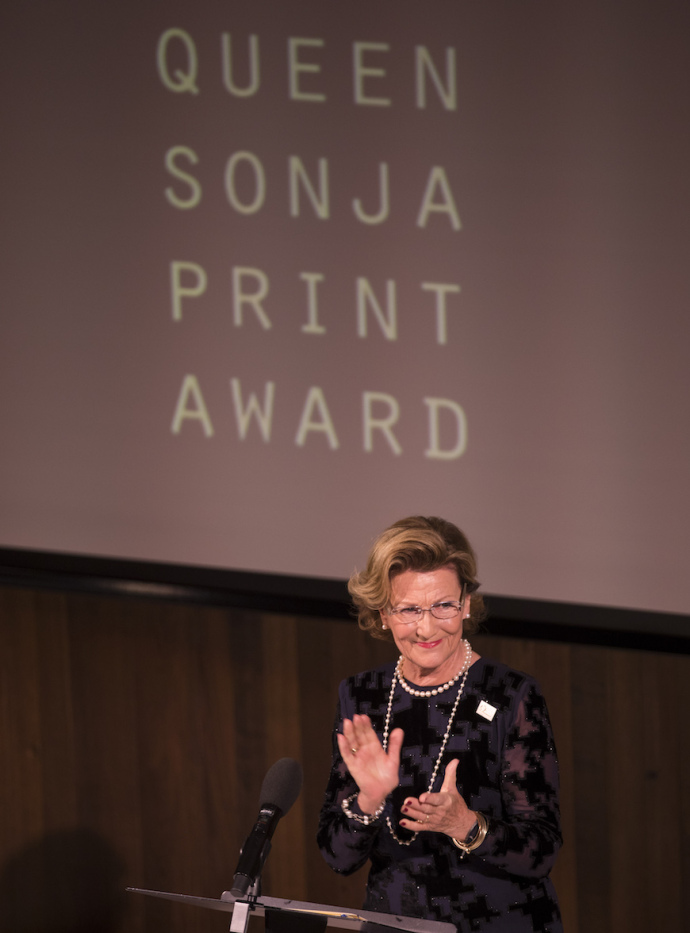