The Crown Prince, the Crown Princess and Prince Sverre Magnus were among the many people who contributed to a sea of colourful flowers and rainbow flags outside the London Pub in Oslo on Saturday.

The Oslo Pride Parade, a major celebration of the right to love whomever one wishes, had been scheduled for Saturday 25 June. A shooting outside the London Pub turned it into a day of mourning instead. Two people were killed and 21 injured in the shooting tragedy, which struck the LGBTQ community in particular. 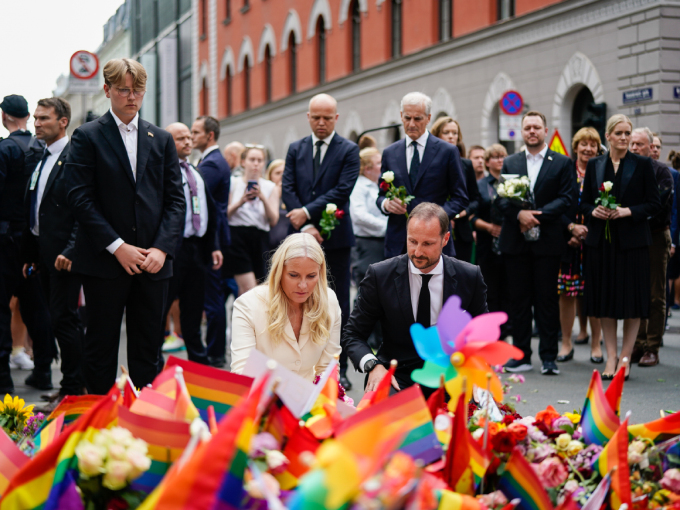 His Majesty King Harald issued a statement about the shooting earlier in the day.

“My family and I are appalled by last night’s shooting tragedy in central Oslo, where two people were killed and many more were injured. We share the grief of the families and others who lost loved ones or were affected, and are sending warm thoughts to everyone who is now experiencing fear, anxiety and sorrow.

“We must stand together to defend our values: freedom, diversity and mutual respect. We must continue to champion the right of all people to feel safe and secure.

“Now is a time to be especially thoughtful of one another.”

A decision was taken to postpone the Pride Parade. Many Norwegians chose to mark the occasion in other ways – including an unofficial parade from Oslo’s Grønland district to the London Pub.

Safeguarding who we are

“In the days to come we must try to take extra good care of each other,” Crown Prince Haakon said after the flowers were laid. “Focus special attention on our friends in the community that was most directly affected.”

He added: “It is important to safeguard who we are. Norway is a country where we are allowed to love and be with whomever we choose. That is what we had planned to celebrate today. This is not what we envisioned. Standing up for those rights and those values is vital. They cannot be taken for granted ¬– we must fight for them, and that is what we are doing today.” 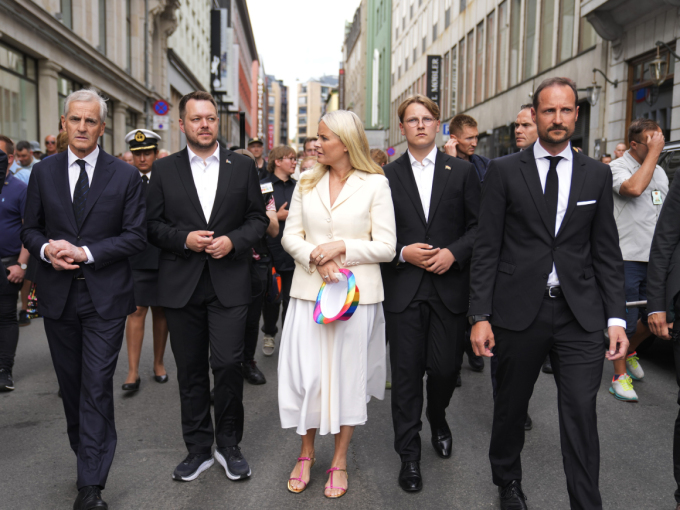