Today His Royal Highness The Crown Prince opened the Offshore Northern Seas energy conference (ONS 2022) in Stavanger. The theme for this year’s conference is “Trust”.

ONS is a major international conference held in Stavanger every second year. This year, more than 60 000 participants from more than 100 nations are expected to attend the conference, which has become one of the global energy industry’s largest forums.

Key topics at this year’s event include the shift towards green energy and challenges related to energy shortages.

“Energy scarcity is a global reality,” the Crown Prince said in a speech before officially opening ONS 2022. “We need to meet this challenge without putting an additional burden on the coming generations. Generations before us didn’t have the knowledge, technology or opportunity that we have today. As we unite behind the science, we now know very well what is at stake.”

He added: “Leaders of the world gathered in Glasgow at COP26 last year to set goals, to find a path forward and to raise the ambitions. The climate goals are important on our way towards a greener future. But to deliver on the targets, we are all dependent on you who are gathered in this room: the energy industry, bright minds and bold decision makers.” 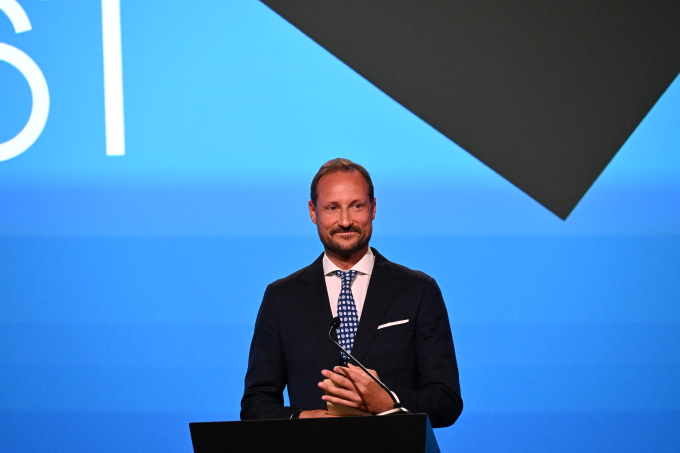 “I have had the pleasure of following ONS through decades – from the age solely of fossil fuels to its more recent focus on renewable energy sources. And today the energy debate is at the heart of our most complex challenges,” the Crown Prince said at the opening of this year’s ONS. Photo: Sven Gj. Gjeruldsen, The Royal Court.

After the opening ceremony, the Crown Prince was given a tour of the ONS exhibition. He had the opportunity to meet and talk with a number of exhibitors.

The Crown Prince was given a tour of the ONS exhibition, accompanied by Norwegian Minister of Petroleum and Energy Terje Aasland. Photo: Sven Gj. Gjeruldsen, The Royal Court.

The first ONS was held in 1974 and focused purely on petroleum. This year’s conference runs from Monday 29 August to Thursday 1 September. It is organised by the ONS Foundation.