Close ties through the generations

Her Majesty Queen Elizabeth II has passed away. The British monarch maintained close ties with her relatives in Norway throughout the course of her long life.

The Royal Family received the news that Her Majesty Queen Elizabeth II has passed away with great sorrow.

“Our thoughts are with His Majesty The King and the members of the Royal Family on the loss of Queen Elizabeth. For nearly a century, Her Majesty devoted her life to the service of the Commonwealth, following the British people through good days and bad, in times of happiness and sorrow. We also send our condolences to the British people,” said His Majesty King Harald. 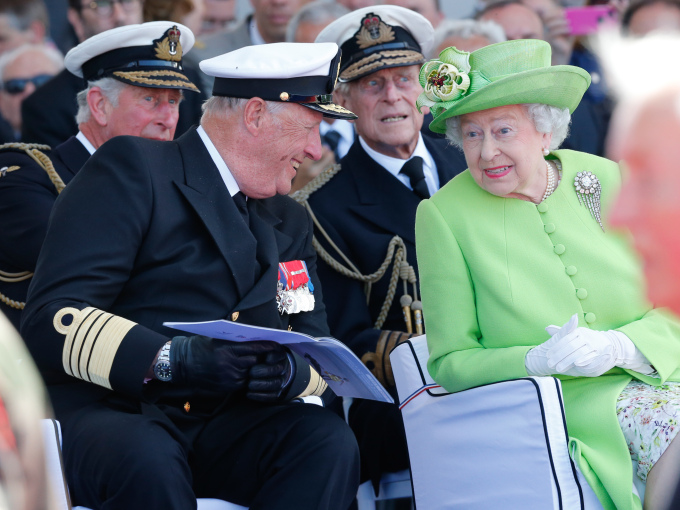 King Harald and Queen Elizabeth seated next to each other during the ceremony marking the 70th anniversary of D-Day on Ouistreham beach in 2014. Photo: Terje Bendiksby / NTB

A life of service

Queen Elizabeth II has ruled for longer than any other monarch in British history, serving as Queen of the United Kingdom and the Commonwealth for more than 70 years, since her accession to the throne in February 1952.

Throughout the course of her long life, Queen Elizabeth represented stability in a society undergoing enormous social change. She travelled widely and conducted many official visits in addition to fulfilling her constitutional duties as Head of State. The Queen rewarded efforts carried out in the service of the United Kingdom and the Commonwealth by bestowing honours on the general public and hosting various events and receptions, and had links with over 600 organisations as Royal Patron or President.

Queen Elizabeth was renowned for her sense of duty and dedication to a life of service to her country and her people.

Queen Elizabeth and King Harald were second cousins. They shared the same great-grandparents, King Edward VII and Queen Alexandra, who were the father and mother of Norway’s own Queen Maud.

Queen Elizabeth is the only head of state who has carried out three State Visits to Norway. During the course of her long reign, The Queen paid a State Visit to King Haakon VII, King Olav V and His Majesty King Harald. 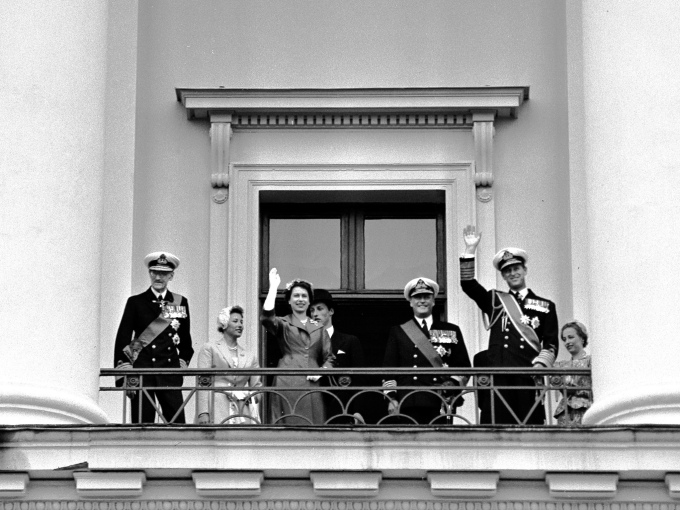 Queen Elizabeth and the Duke of Edinburgh waving from the Palace Balcony during their State Visit to Norway in 1955. Pictured here together with King Haakon, Princess Astrid, Prince Harald, Crown Prince Olav and Princess Ragnhild. Photo: NTB arkiv

Members of the Norwegian Royal Family have visited the United Kingdom in connection with many official occasions, and have also frequently visited their British relatives during private trips to England and Scotland.

Then Princess Elizabeth was just a child when she first met King Haakon and Queen Maud. The Norwegian King and Queen travelled regularly to the United Kingdom while Queen Maud was alive, and King Haakon continued to maintain close contact with his British family after her death.

When Norway was occupied by Germany in 1940, King Haakon and Crown Prince Olav were forced to flee the country and live in exile in London. This brought the two branches of the family even closer together.

Before he became the King of Norway, King Haakon was known as Prince Carl of Denmark. The name Charles is the English version of the name Carl, and Queen Elizabeth always referred to King Haakon as “Uncle Charles”. It is said that “Uncle Charles” was The Queen’s favourite uncle, and that in 1948 she named her first child, Prince Charles, after King Haakon. 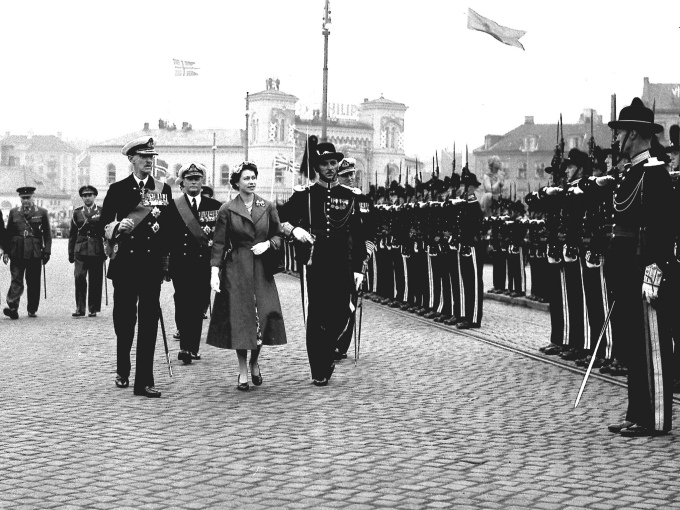 After Queen Elizabeth acceded to the throne at the age of 25, Norway was the first country outside the Commonwealth to which she paid a State Visit. Many years later, she recalled her arrival on the Royal Yacht Britannia in a speech to King Harald:

In 1955, on my first visit outside the Commonwealth, Prince Philip and I sailed up the Oslo fjord in Britannia to join the celebrations for Norway's Golden Jubilee of Independence. It was midsummer, an enchanting time in Norway, and I remember the bonfires along the coastline as we arrived and the enthusiastic welcome we received as guests of your grandfather, King Haakon.

As a result of his many childhood visits and the time he spent in England during WWII, King Olav developed a close bond with Queen Elizabeth and the British Royal Family. He visited them frequently, and joined his British family every November on Remembrance Day to honour members of the Armed Forces who died in the line of duty.

One of the first State Visits by King Olav outside the Nordic countries was to the United Kingdom, where Queen Elizabeth and the Duke of Edinburgh welcomed him in Scotland. 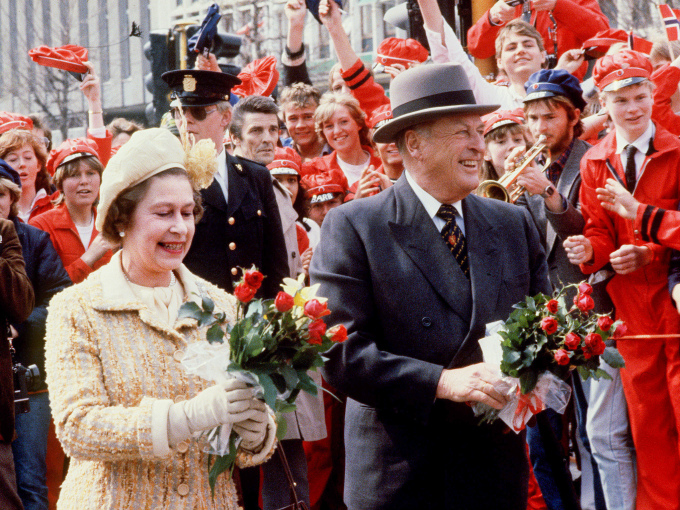 Queen Elizabeth and King Olav are welcomed by sixth-formers in Stavanger during the State Visit in 1981. Photo: Erik Thorberg / NTB

After King Olav died in 1991, King Harald and Queen Sonja have continued the close relationship, both officially and privately. The King and Queen have paid an annual visit to the United Kingdom and the British Royal Family.

Queen Elizabeth and King Harald have helped to carry the ties from the past forward into the future. From their respective grandparents, King George V and Queen Maud, to their great-grandchildren and grandchildren, Prince George and Princess Ingrid Alexandra. 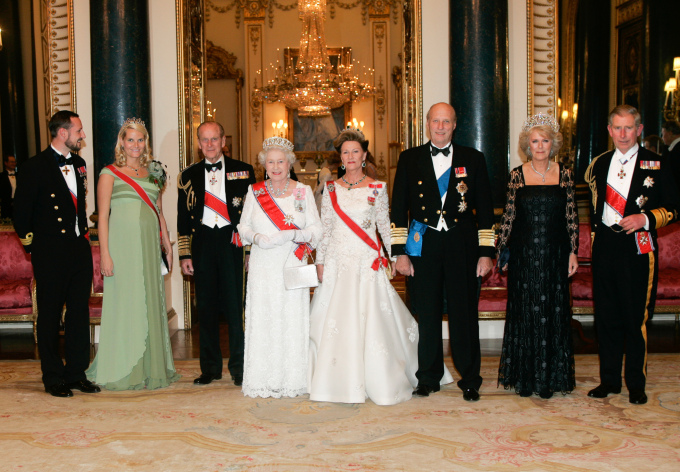 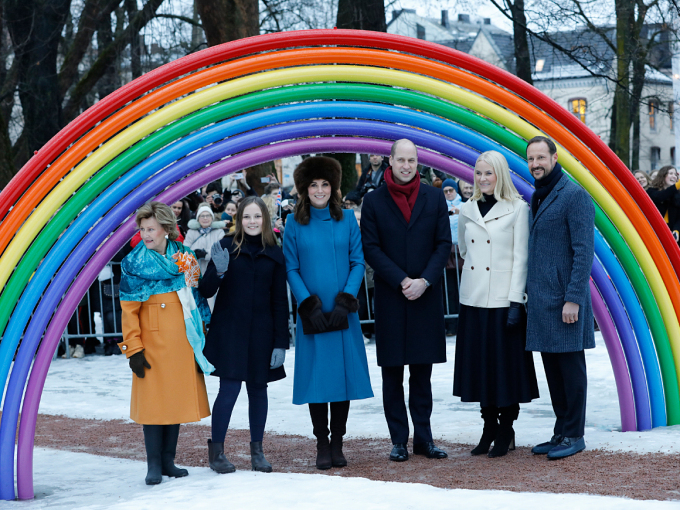 Visits between the United Kingdom and Norway 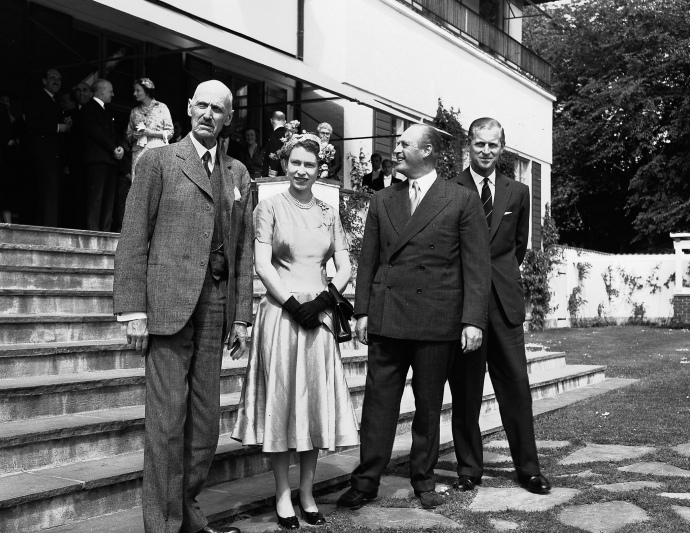 Britain and the world at large bid farewell to Queen Elizabeth II today. An epoch spanning 70 years has come to an end.